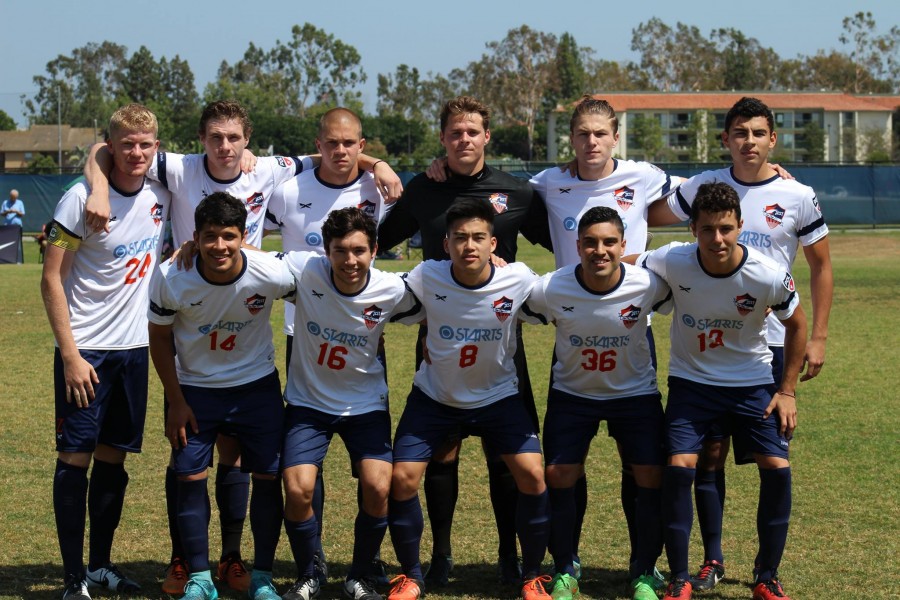 We’re at the halfway point in the 2016 USL PDL season and while some teams are trying to break away for an early division lead, other teams are keeping pace for what looks to be a great second half of USL PDL soccer in California.

Below are recap from last week’s action.

#1 Fresno Fuego
The Fuego are starting to run away with the Central Pacific Division after extending their winning streak to six with a pair of victories over BYU Cougars on Thursday and Saturday. In the first match, the Fuego defeated BYU 2-0 and then defeated them 3-1 on Saturday. Christian Chaney added two more goals to his league-leading 11 goals. Also, scoring goals were Milton Blanco and Peter Pearson.

#2 Burlingame Dragons FC
Big weekend for the Dragons who not only played Argentina in a friendly but smashed San Francisco City FC 4-0. Daniel Misovski recorded a hat-trick and Brian Wright added a late goal in the second half.

#2 San Diego Zest FC
The Zest continue to pick up crucial points as they have extended their unbeaten streak to six matches following a 4-1 win over the Southern California Seahorses and a 1-1 draw with San Francisco City FC. All the goals in the victory over the Seahorses were scored in the second half. Matthew Hurlow-Paonessa opened up the scoring. Borja Suarez, Erik Holt, and Torrey DeArmas all added goals for the Zest. Against San Francisco, Luke Shankula scored the lone goal.

#5 OC Blues U23
OC Blues suffered a 3-0 loss on the road to the division leading FC Tucson.

#6 Southern California Seahorses
Up and down weekend for the Seahorses who picked up a 4-1 win over LA Laguna FC before suffering a 4-1 loss to the San Diego Zest. Against Laguna, Andriy Budnyy recorded a brace with Peter Beniseau and Joseph Belzil adding one each. In the match against the Zest, Budnyy recorded the lone goal.

#7 LA Laguna FC
A very forgettable week for LA Laguna FC who suffered a 3-1 loss to the Seahorses, a 2-1 loss to Ventura County and a 3-0 loss to FC Golden State. Henry Escobar and Angel Mora scored the goals for Laguna.