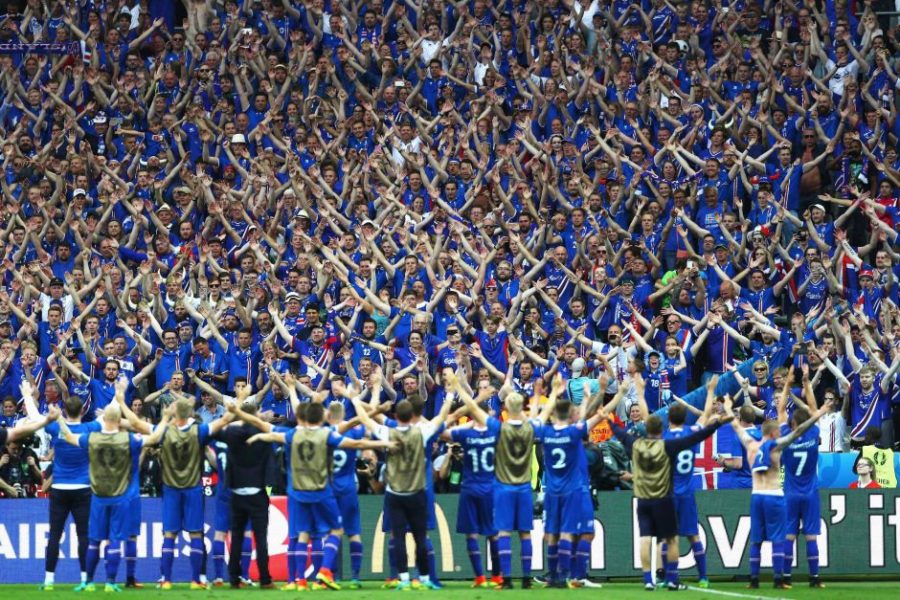 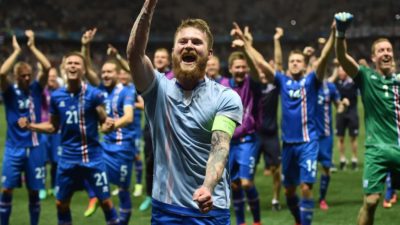 In a year of Cinderella stories, upsets, and plot twisting drama, there was no bigger darling of the international soccer landscape than Iceland.

When UEFA made the controversial decision to expand the European Championships to 24 teams, the smaller nations seized the opportunity to be part of the grandest continental show. That decision may have dampened the quality of play a bit, but it also opened the door to memorable tales that otherwise may have never been written.

To make it to the quarter-finals in their first ever appearance at a major tournament was an accomplishment for the Icelandic players and coaches. To garner the attention of the world, and develop an unmistakable, spiritual cohesion among fans and team personnel the way in which they did was the stuff of legend.

After holding on mightily for a 1-1 draw against eventual champions Portugal in their opening match, Iceland were unlucky not to take all three points in another 1-1 draw against Hungary. It set up a must win in their final Group F affair against Austria, who also needed a win to go through. In the 94th minute with the score tied 1-1, Arnor Ingvi Traustason scored one of the most iconic goals of the year, but it was the Icelandic television commentary that followed that truly took the world by storm. (The stage is yours Gudmunder Benediktsson.)

In their next match, Iceland truly became the lovable minnows of France 2016. They were matched up against a sputtering England side that had not yet lost at the tournament. Some of the Icelandic players made reference to their idolization of many of their English counterparts, discussing how much they worshiped the Premier League. The likes of Gylfi Sigurdsson and the ageless Eidur Gudjohnsen have of course graced plenty of Prem pitches themselves, and gone against many of the England players before. For most of the Iceland squad however, this was a once in a lifetime chance.

A federation that was founded in 1947 and a country without its own professional league was about to face off with a nation that claims to invented the game and founded the first football association in 1863. A country with a population of just over 323,000 was ready to do battle with a nation of over 53 million!

On a hot night in Nice, it was Iceland vs. England. After an early penalty that was converted by Wayne Rooney, Iceland took over, scoring two quick goals before the 20 minute mark for a scoreline that would hold all the way to the end. There were plenty more Benediktsson screams and celebratory thunder claps that sent chills down the spines of fans around the globe. Iceland were into the quarterfinals after one of the greatest upsets in modern history. England were sent back across the channel.

As we know in this world, all good things must come to an end, and this tale certainly came to a crunching close with a 5-2 loss to hosts France in the quarter-finals. But perhaps the best moment of all came when Iceland returned home to what would be understated as a hero’s welcome. Nearly the entire population of the country lined the streets of Reykjavik to greet their Viking warriors. One last thunder clap ensued, and it was the best one yet. It echoes to this day, and its sounds will carry on infinitely as Iceland continues to grow as a soccer nation, building off of the inconceivable performance at Euro 2016. 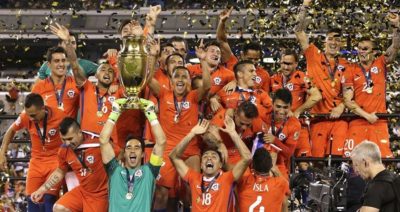 For the second consecutive summer, Chile and Argentina matched up in the final of the Copa America.

In 2015, in the Chilean capital of Santiago, the host nation took the title after a 0-0 stalemate sent the game to penalties, winning the spot-kick duel handily, 4-1.

In 2016, apart from the location of the special 100th anniversary edition of the tournament (Met Life Stadium at the old Meadowlands in New Jersey), it was almost a carbon copy, with a 0-0 affair going to the dreaded penalty kick shootout. Dreaded may be a circumstantial adjective in this case. The Chileans seem to love them. Messi missed. Four Chileans converted. Claudio Bravo saved. Chile 4 Argentina 2. La Roja were back-to-back champions of the Copa America, and this time around, champions of the western hemisphere.

While the marquee rematch in the final was what most everybody wanted to focus on, with Chile playing a very cagey, defensive, and ultra physical style that essentially took Lionel Messi out of the game, it should also be illustrated that Chile played some of the finest soccer of the summer on their way to the title.

Juan Antonio Pizzi’s crew actually lost to Argentina 2-1 in the group stage. They were placed back at the scene of that loss less than two weeks later in a quarterfinal match-up with Mexico, the side that many saw as the true “home team” of the tournament. The Chileans proceeded to lay down an unadulterated masterclass of an ass-whooping, wiping the floor with El Tri to the tune of 7-0. As embarrassing as that day was for Mexican players, coaches, and fans, it was equally satisfying for Chile. They knew what they were capable of and they knew it was their tournament to win.

A rain soaked semi-final win over Columbia in Chicago sent them onto the final. Some had gripes with the way they went about it, but when we look back on the Copa America Centenario of 2016, there will only be one name listed as the champion. That name is Chile. La Roja reign supreme.