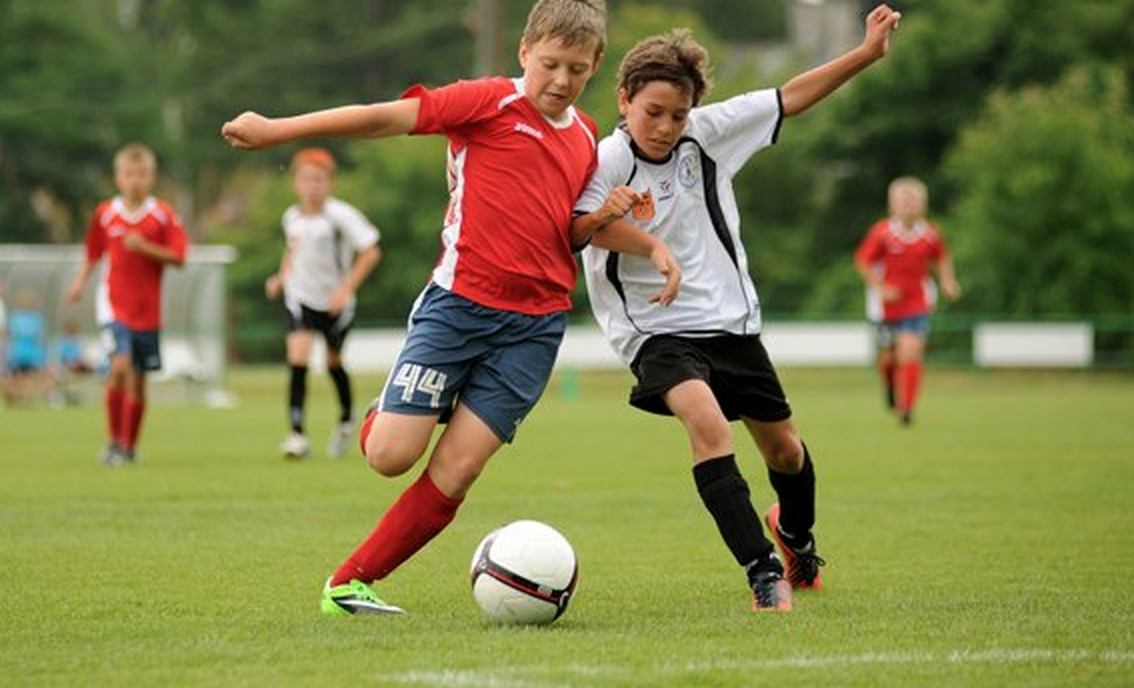 Prevent Your Kids from Overusage Injuries

According to Safe Kids Worldwide, more than 3.5 million children age fourteen and under receive medical treatment for sports injuries each year. While some of the injuries are from simple accidents like a chipped tooth which can be fixed with porcelain crowns. But some of them were more serious which required lots of recovery time. Of those, nearly half are overuse injuries, such as Sever’s disease (a heel problem often associated with soccer), Osgood-Schlatter disease (knee pain common in male soccer and basketball players), gymnast’s wrist, runner’s knee, swimmer’s shoulder, shin splints (common in soccer players and track athletes), and Little League elbow or shoulder.

Three out of 10 parents in a 2012 SafeKids Worldwide survey reported that their child had sustained the same sports injury more than once. The same survey showed that such repeat injuries are more common among athletes who play on three or more teams, play on multiple teams at the same time in different sports, and have missed time playing or practicing due to injury, this could be avoided with simple ways of preventing and managing sports injuries.

Multiple injuries among some young athletes highlight the need for rest to prevent overuse injuries, overtraining, and burnout. Here are 10 ways experts say parents can help avoid these problems:

1. Days off from sports every week: Encourage your child to try to take at least 1 to 2 days off per week from competitive athletics, sport-specific training, and competitive practice (scrimmages) to allow time for both physical and psychological recovery. Even if you are involved in games such as Oztag or Football, recovery is important, as it allows your body to rest and then you’re all prepared for the next time. This is something important to consider.
In a 2011 position statement, the National Athletic Trainers’ Association recommends that, as a general rule, youth athletes should limit sports to no more than 16 to 20 hours per week. Loyola University Medical Center sports medicine physician Neeru Jayanthi, who has studied overuse injuries extensively, recommends that young athletes spend no more hours per week playing sports than their age.

2. Follow the ‘10% rule’: To avoid overuse injuries, sports medicine expert Elizabeth Quinn advises athletes, novice or expert, not to increase their weekly training time, number of repetitions or total distance more than 10% each week (e.g. increase total running mileage by 2 miles if currently running a total of 20 miles per week).

3. 2-3 months off from a sport every year: Encourage your young athlete to take at least 2 to 3 months away from a specific sport during the year. A 2010 study found a 42% increase in self-reported overuse injuries in high school athletes who participated in a sport all year versus 3 or less seasons per year. The American Academy of Pediatrics’ 2012 Policy Statement on Baseball and Softball recommends against youth pitchers pitching competitively more than 8 months in any 12-month period, and that they get 3 consecutive months of complete rest from pitching each year. 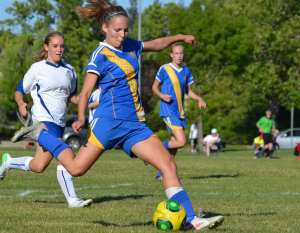 4. Keep focus on fun and skill development: A 2014 study by researchers at George Washington University reported that 9 of 10 kids said “fun” is the main reason they participate. When asked to define fun, they offered up 81 reasons – and ranked “winning” at number 48. Young girls gave it the lowest ratings. The best thing we can do for our kids, as parents and coaches, is to keep the amount of competition in youth sports from becoming excessive, to make having fun and learning the sport as important, if not more important than winning, especially for younger children. They will have a lifetime of competition soon enough.

5. Increase the amount of unstructured free play: The American Academy of Pediatrics emphasized in a 2007 report that “play (or some available free time in the case of older children and adolescents) is essential to the cognitive, physical, social and emotional well-being of children and youth,” and that organized sports participation should not come at the expense of such play. Dr. Jayanthi says a good rule of thumb is for your child not to spend more than twice as much time playing organized sports as spent in unstructured activities such as pick-up basketball games and touch football.

6. Avoid multiple teams: Nearly 7 in 10 parents of parents in the SafeKids Worldwide survey say their kids play on more than one team at the same time, 22% in the same sport and 43% in a different sport. More and more youth baseball players play on multiple teams at the same time. While doing so may give them more opportunities to develop their skills, and while the amount of pitching may be limited by league rule or the judgment of the coaches, playing on multiple teams with overlapping seasons increases the risk that weekly pitch limits (or the 100 inning per season limit recommended by the American Sports Medicine Institute in a 2010 study) will be exceeded because of a lack of communication and coordination between coaches, who are likely to end up blaming each other if your child suffers an arm injury. In its 2012 Policy Statement, the American Academy of Pediatrics says “Young pitchers should avoid pitching on multiple teams with overlapping seasons,” and calls for the enforcement of rest requirements across all teams.

7. Watch out for signs of burnout: If your child complains of non-specific muscle or joint problems, fatigue, or experiences a dip in grades, they may be experiencing burnout, and sitting down for a heart-to-heart talk about their sports participation may be appropriate. The surest path to burnout is to play the same sport season after season.

8. Medical team at tournaments: Advocate for the development of a medical advisory board for weekend athletic tournaments to educate athletes about heat or cold illness, overparticipation, associated overuse injuries and/or burnout.

9. More health, safety and nutrition education: Encourage development of educational opportunities for athletes, parents, and coaches to provide information about appropriate nutrition and fluids, sports safety, and the avoidance of overtraining to achieve optimal performance and good health.

10. Exercise more caution for younger athletes: If you are the parent of a younger athlete, be especially cautious in allowing them to participate in multi-game tournaments in short periods of time.

Newer Post
California Homegrowns: What have they done lately?
Older Post
Julian Green out of the Gold Cup