Albion Pros continued their magical undefeated season last week following a nail-biting win over an inspired SoCal SC team. Albion Pros had to come back from a 1-0 deficit in the 82nd minute through an awe inspiring Matt Clare equalizing goal. Then proceeded to go through a tumultuous extra time and finally onto to a penalty shootout. Albion Pros Goalkeeper Jean Antoine was the star man, saving three penalties to keep Albion Pros’ quest for a national championship alive. Now they turn their attention to the National Premier Soccer League Western Regional Semifinal matchup against OSA FC.

Hailing from Seattle, Washington, OSA FC travels to San Diego as the Northwest Conference Champions. OSA FC had an equally entertaining game last week as they claimed a 3-2 victory against the #2 seeded CD Aguiluchos USA. OSA FC’s will look to continue their road form and pull off another upset in San Diego. Meanwhile, Albion Pros will look to rebound from the emotional game last week and take care of business in regular time. Albion will want to continue their undefeated quest for the NPSL National Championship in front their fans.

3 Things to Watch for Albion Pros

Last week Albion Pros goalkeeper Jean Antoine lived up to his reputation as one of the best goalkeepers in the entire NPSL as he produced an imperious display of goalkeeping against a dangerous SoCal SC team. He made 7 breathtaking saves during the game, including three shots that he tipped just beyond the post to safety. Arguably, against any other goalkeeper those shots would have resulted in the ball finding the back of the net. However, the affectionately named “Super” Jean is not any other goalkeeper. Can Jean Antoine continue his fine form and produce another master class performance against the Northwest Region Champion, OSA FC? 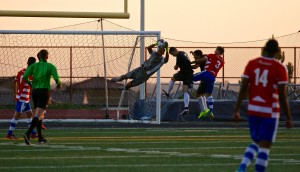 Matt Clare leads the Albion Pros forward line with 12 NPSL goals this season and 7 assists. He has been in red-hot form as of late with 10 goals in four games, across all competitions. Plus he scored the vital equalizer against a tough SoCal SC team with a shot from near the corner flag. OSA FC will look to shutdown Clare any way possible. Can Clare’s strike partners Tre Hayes and David Luquen get on the score sheet and ease the goal-scoring burden? 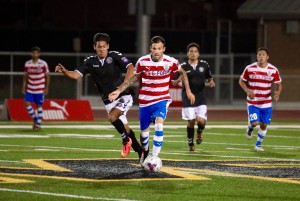 The midfield of the Albion Pros will be slightly different than the team that faced SoCal SC. Homegrown Albion products Luis Cardona and Oscar Ortega will sit out the contest through suspension. However, Albion Pros have proven all season that they have the depth to deal with these changes. Head Coach Ziggy Korytoski has not used the same starting 11 in sequential games all season, and this game will be no different. The midfield will still be led by the energy and pace of 20-year-old Felipe Liborio. The young playmaker has consistently shown he is capable of shouldering the defensive and offensive workload his position requires. Who steps into the midfield to partner Liborio and provide the balance for Albion Pros? 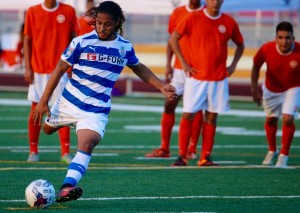 Newer Post
Albion Pros March on to West Region Finals!
Older Post
Optimism and Hope for Club Tijuana Before the Start of the 2016 Apertura