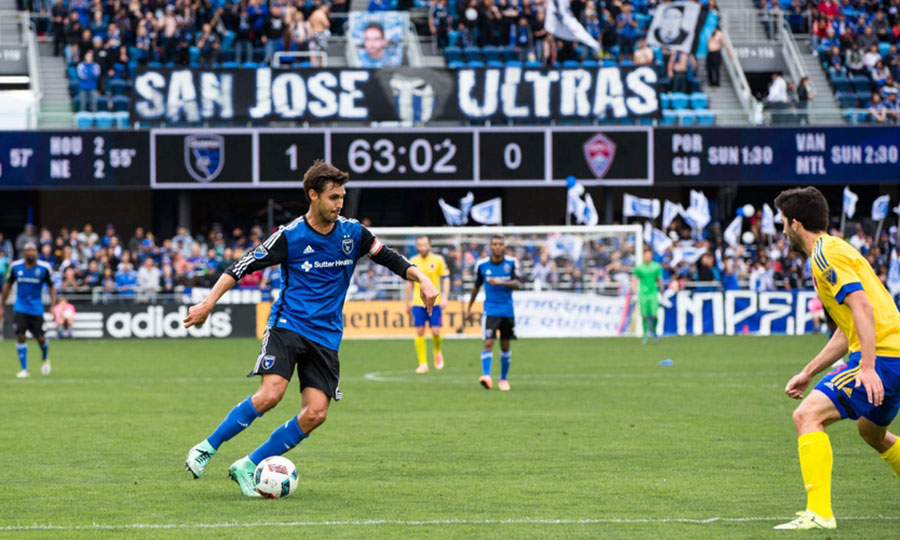 MLS Week 8 is here with some great match ups including the #1 vs #2 in the Western Conference. Below are short previews for each match.

Houston vs. LA Galaxy – 4PM PT UniMas
First game of the weekend will see the LA Galaxy take on the Dynamo in Houston. Good news for the Galaxy is that Steven Gerrard is expected to start after missing two matches.

Chicago vs. Montreal
The first MLS match on Saturday pits the Chicago Fire against the Montreal Impact. Montreal enters the match tied for first in the Eastern Conference. It’s a great opportunity for a Chicago team, who has jumped out to a decent start, to knock off the Impact in an early season match that could play into the playoff race later this season.

D.C. United vs. Toronto FC
In typical MLS fashion, D.C. United, who was winless through its first five games, defeated the Vancouver Whitecaps 4-0 last week. Will that continue this week? Only if Fabian Espindola and Alvaro Saborio deliver again and that is a tall task. Toronto FC needs a win in any way possible. After tasting victory in the first game of the season, Toronto FC is now winless in four matches.

Columbus vs. NYCFC
When this match was scheduled you’d think it was NYCFC who’d be looking up at Columbus in the schedule. Unfortunately for Crew fans it’s the other way around. Plain and simple. Columbus needs to win games. They have only conceded seven goals this year, but have scored just three. This Columbus team is too talented with Will Trapp, Kei Kamara, Ethan Finley, and Federico Higuain. They can and will eventually turn it around. Great opportunity against NYCFC this weekend.

Colorado vs. New York Red Bulls
The Rapids have gotten off to a nice start and they’ll get a nice boost on Saturday when newly acquired Jermaine Jones takes to the field. Against a struggling Red Bull team that hasn’t scored in quite some time, this match looks like a great opportunity for Colorado to take all three points.

Real Salt Lake vs. Vancouver Whitecaps
How long can Real Salt Lake stay undefeated this season? They are the only team that is and it looks like they may have a chance to extend the streak this weekend against a Vancouver team coming off of a 4-0 loss to D.C. United.

Portland vs. San Jose
A rematch from week 2 in which San Jose defeated Portland 2-1. Other than a win in week 1, Portland has picked up just two points in five matches. San Jose of the other hand has failed to get points in just one match this season.

Orlando vs. New England Revolution – 12:30PT ESPN
Two teams that are sure to be competing for a playoff spot square off in the first match on Sunday. Orlando will be looking to bounce back from last week’s loss to the Philadelphia Union, while the Revolution will be looking for their second win this month.