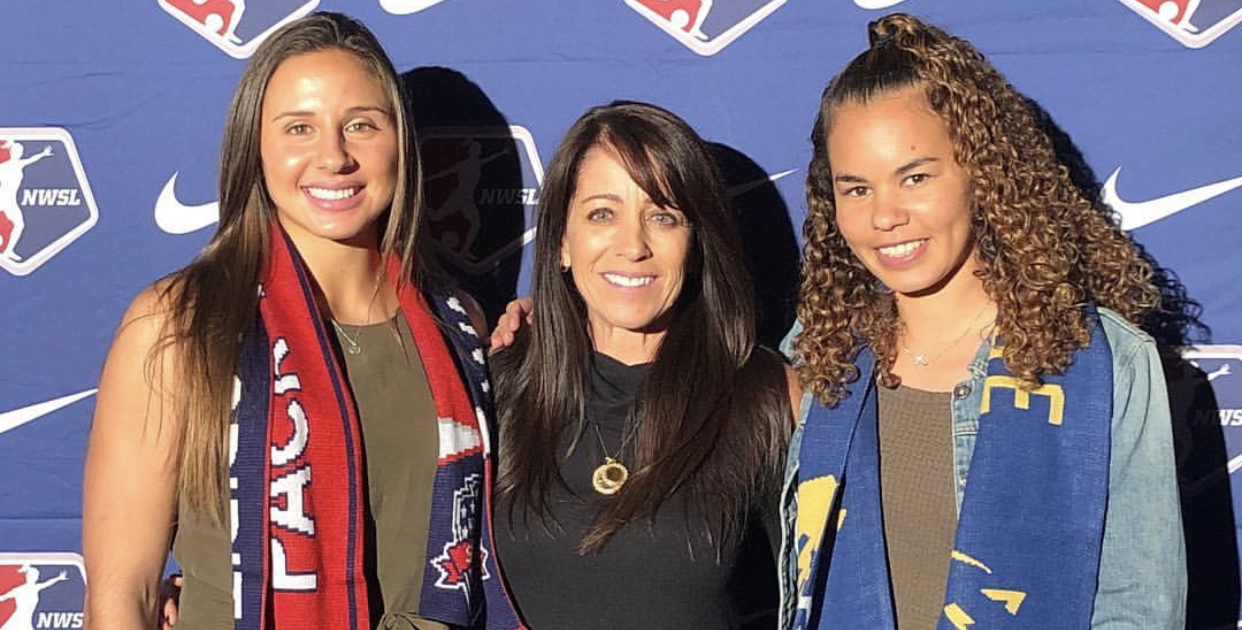 So there I was yesterday, watching the NWSL draft on my computer. I saw San Diego local girl, Sam Staab drafted #4 in the NWSL draft. Proud and happy

So there I was yesterday, watching the NWSL draft on my computer. I saw San Diego local girl, Sam Staab drafted #4 in the NWSL draft. Proud and happy for Samantha, her family, Scripps Ranch HS, Clemson, and DMCV Sharks, I quickly wrote up an article announcing this huge accomplishment.

Moments after hitting “PUBLISH” on that story, the NWSL commissioner stepped up to the podium to announce the day’s ninth first-round pick. That’s when a SECOND Sharks player was picked up by North Carolina Courage — Hailey Harbison of Pepperdine University (go Waves!). Any competitive youth club would be rightly proud of any alumni being chosen in the first round. Having TWO of their alumni players chosen in the first round of a professional soccer draft is a huge accomplishment.

I reached out to Hailey for her reaction. Friendly and personable, she was eager to acknowledge the role her family and coaches played in this accomplishment.

She continued: “She was hard on me and that’s one of the main reasons why I’m where I am today. She taught me to never settle because I’m capable of so much more than i think. I also want to thank my parents. First my mom. She has been to every practice and every game she could from when I was 5 years old to when I was 22 years old. She has always been my number one fan through it all. She taught me to go for my dreams no matter how crazy they might seem. My dad is who started my passion for soccer without him I don’t know if I would’ve had the same love for the game. He died in November but a part of him will always live on with me through soccer.”

Huge congratulations to Hailey and her family, and also to the Sharks family for this amazing accomplishment from me and everyone at SoccerNation!