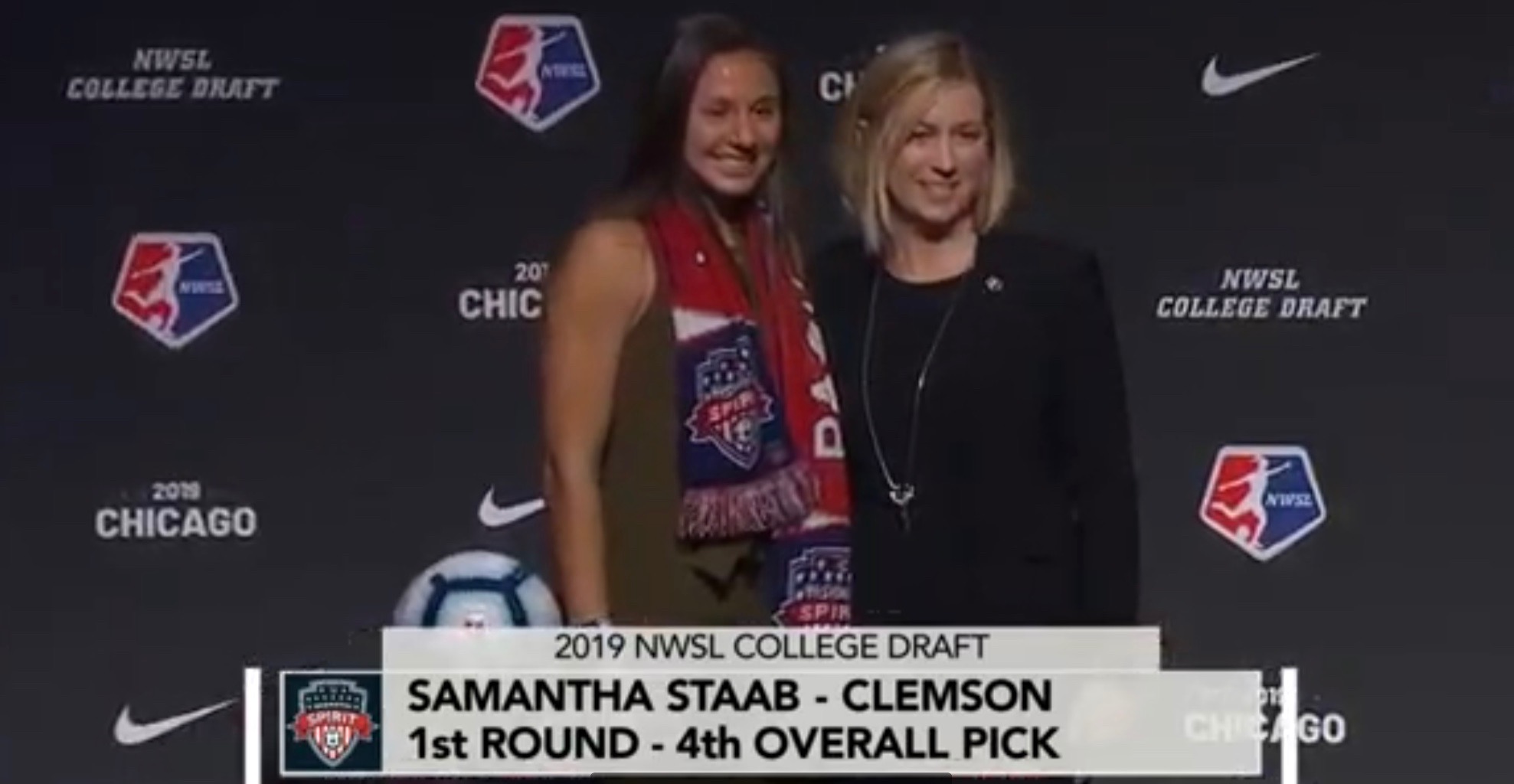 Samantha Staab grew up playing her club soccer for DMCV Sharks. Her Sharks team won back-to-back US Youth Soccer National Championships in 2013 and 2014. She played high school soccer for Scripps Ranch High School, helping her team win their league championship all for years of high school. Achieving every young athlete’s dream, she is now a professional soccer player in the National Women’s Soccer League. With the fourth pick in the 2019 College Draft, the Washington Spirit picked up a versatile and intelligent defender in Staab.

Committing to Clemson University early in high school, she continued her athletic dominance in the ACC. A strong left-footed center-back, she started on the Clemson back line from day one. View her Clemson bio here. She was also dominant in the classroom. Staab graduated in three and a half years with a degree in accounting. Staab has also been a mainstay in US Soccer’s Youth National teams, earning caps most recently for the US U-23 team.

From everyone at SoccerNation, congratulations to Sam and her family! Best of luck in pre-season and in your rookie year as a professional soccer player!