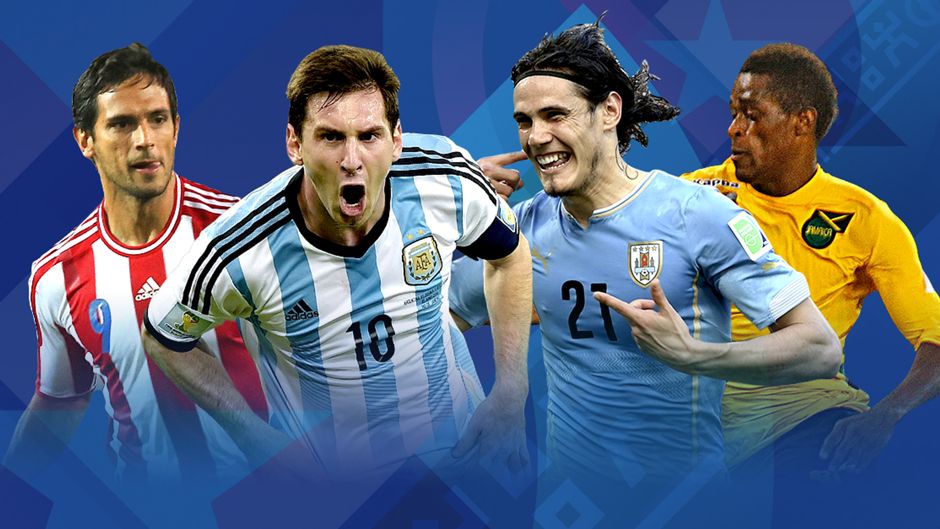 Heads up for the Start of the Copa America

Tomorrow marks the start of the Copa America, one of the most prestigious and most widely viewed sporting event in the world.  Soccer stars like Lionel Messi of Argentina, Alexis Sanchez of Chile, and Neymar of Brazil light up the field as they compete for The Copa America. The Copa will determine the champion of continental South America with the addition of Jamaica and Mexico whom CONMEBOL have invited to participate in this year’s tournament.  The tournament has flitted between a two year and four year format, however, next year the cycle will be broken once again.  The United States will be holding the Copa America tournament for a special 100-year celebration.

Despite Brazil holding the most World Cup trophies;  Uruguay is the current holder of the championship and is the most successful team to have participated in the Copa America, holding 15 Copa America titles; just one title ahead of runner-up, Argentina.

This year, Chile is the host for tournament and has yet to win the Copa America.  Along with Chile, Venezuela and Ecuador has never won the Copa.  Twelve teams will compete for the Copa starting tomorrow June 11th-July 4th.  The teams are separated in three groups: Group A consisting of Chile, Mexico, Ecuador and Bolivia, Group B consisting of Argentina, Uruguay, Paraguay and Jamaica, and Group C consisting of Brazil, Colombia, Peru, and Venezuela.  The tournament starts with Chile playing Ecuador at 20:30 UTC time.  Click here for the schedule.