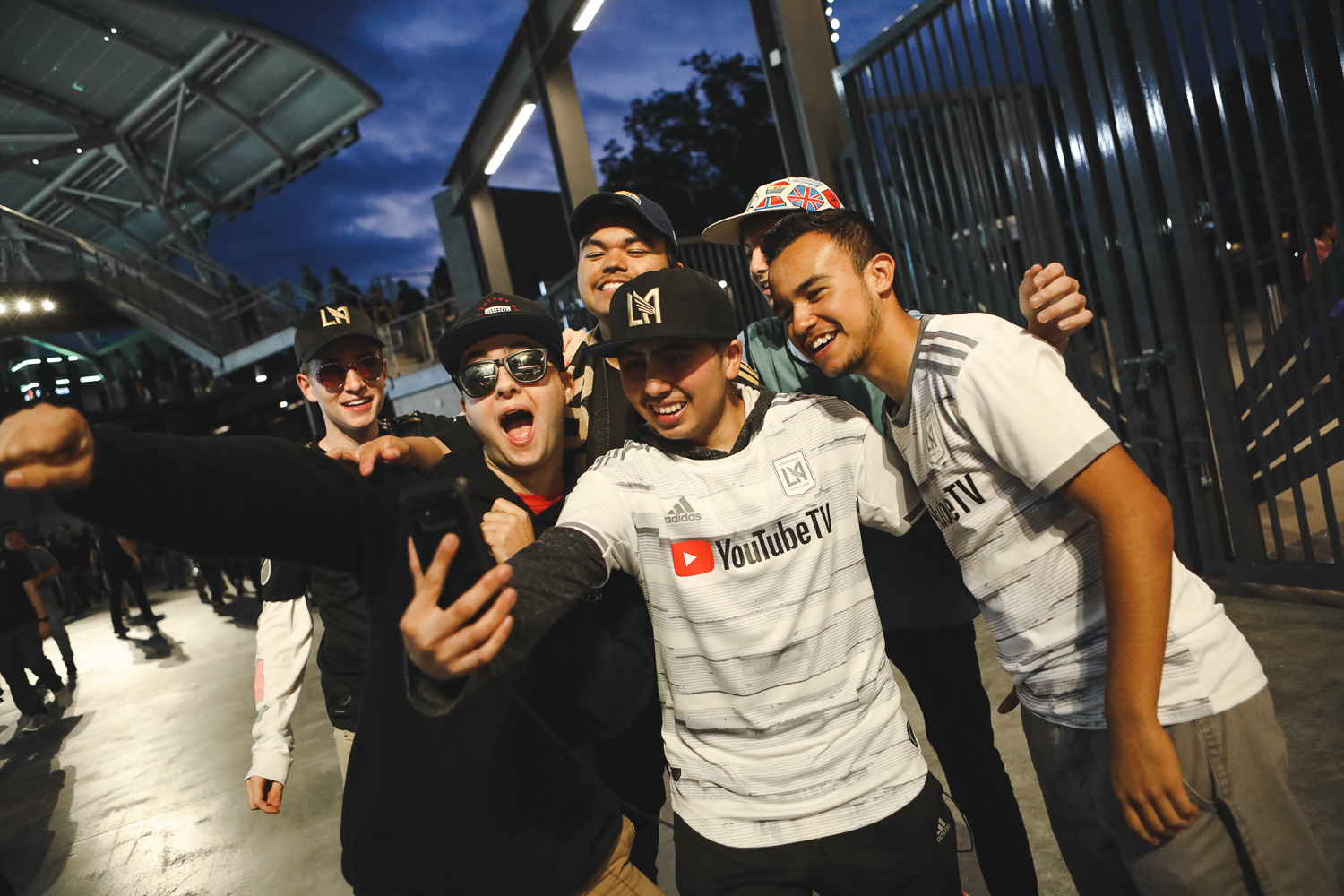 El Traffico is coming. And LAFC’s young influencers are all over it.

USL San Diego is ramping up, with name/colors/crest announcements coming soon. San Diego soccer fans can use LAFC’s fan culture as a blueprint for a successful and passionate supporters’ culture.

As I’ve been covering LAFC more and more, I’ve been getting to know the supporters in the “3252” and beyond. Among the passionate fan base, there’s a group of young lads who have taken it upon themselves to combine their talents with their love of soccer and LAFC. The result has become a social medial phenomenon.

I met up with these young men during halftime at LAFC’s Open Cup match back in June. They had planned a “meetup” for themselves and fans along the concourse at the Banc of California Stadium. In between selfies with fans, we took time to chat. The common thread that wove through all of our conversations was this: You don’t have to be a soccer player, or have dreams of being a pro soccer player, to be a soccer fan. These young men all have incredible talents as well as a passion for The Beautiful Game.

They create podcasts. They have huge followings on Instagram. Their YouTube channels are subscribe-worthy. Combining their love for soccer and their talents has become a creative outlet that may even lead to life-long careers. This is the power of social media. If they work hard enough and are able to transform their talents into a career, then organic growth services like nitreo.com will be able to assist them in growing their followers and brand to audiences around the world. Isn’t this the dream of all the social media influencers out there?

Connor is 15 years old and the admin for LAFC Universe. He’s a working Hollywood actor (how very “LA” of him). You’ll be able to see him this fall on Fox’s new show, “Outnumbered.”

If you have been to any MLS stadium west of the Mississippi River, you may have seen his signature sticker. Run into him at the stadium, ask nicely, and you can probably get a sticker of your own.

His Instagram is a treasure trove of LAFC news, game summaries and updates. Be sure to give him a follow. You may even be lucky enough to win one of his (ridiculously amazing) giveaways.

Next: This Week in MLS, Eli Lesser

18-year-old Eli Lesser is the man behind @ThisWeekInMLS. He told me, “I started my account right before entering high school to pursue my lifelong dream of becoming a famous sports broadcaster. I didn’t know what I was getting into, but I have loved every second of it. None of this would be possible if I didn’t have the love and support from the MLS Instagram community and the help of friends I have made through this account. My goal in life is to take this account and eventually become the Woj of MLS. I will be attending Syracuse University to Major in Broadcast and Digital Journalism.”

All of these guys have huge followings, but I got to see Blake’s in real life. Blake had photographer credentials for the Open Cup match, but he had never shot a game at “The Banc” before. I was showing him around the stadium, pointing out some great spots to catch action shots. Over and over and over again, I heard “Hey!!! LAFC CENTRAL!!!” coming from the stands. Blake is only 14, but he is already a fan favorite among the LAFC faithful.

Blake told me, “I started LAFC Central in December of 2017, so about 1 and a half years ago. From there, the account grew with me getting better. If you look at my posts from the start, compared to now, the difference is huge. My page really gained a lot of followers in the offseason, sort of surprising. But staying active in the offseason helps. Now, I do some photography and video editing for my page, I vlog at games and I bring fans exclusive content.”

Jerry is 16, and he’s a match reporter for UPSL side Vacaville Elite SC. He also writes previews and game summaries for every LAFC game. His podcast is called “The Los Angeles Saga Podcast, co-hosted with Bryan Milliren“

He’s about to start his junior year of high school. After graduation, he told me, “My goal is to go to a four-year university. I want to major in Journalism and minor in Sports Management. Maybe I’ll double major in both. I want to host a radio show. Something like the ones ESPN LA has.”

Gilberto is dedicated to working on and improving his video editing daily. He told me, “Editing is a passion of mine, and what better way to show my skills than to make videos for this club that I love so much?”

He told me, “I’m going into my senior year of high school. I’d love to make a living editing videos and pictures. I love to entertain others and showcase what LAFC is all about. After high school, I want to find a perfect school that will help me improve as a video editor.”

If you’re one of the lucky ones who get to attend “El Traffico” on Sunday, look for me shooting the game and say hi! If you don’t want to brave the Los Angeles traffic, the game is on FS1 Sunday at 7:30pm.

Will LAFC get their first W against their cross-town rivals? We shall see…..

And don’t forget: you can stock up on LAFC swag at Soccerloco.

Newer Post
“One of the greatest games in MLS history.” A LAFC vs Galaxy photo album
Older Post
The latest on USL San Diego