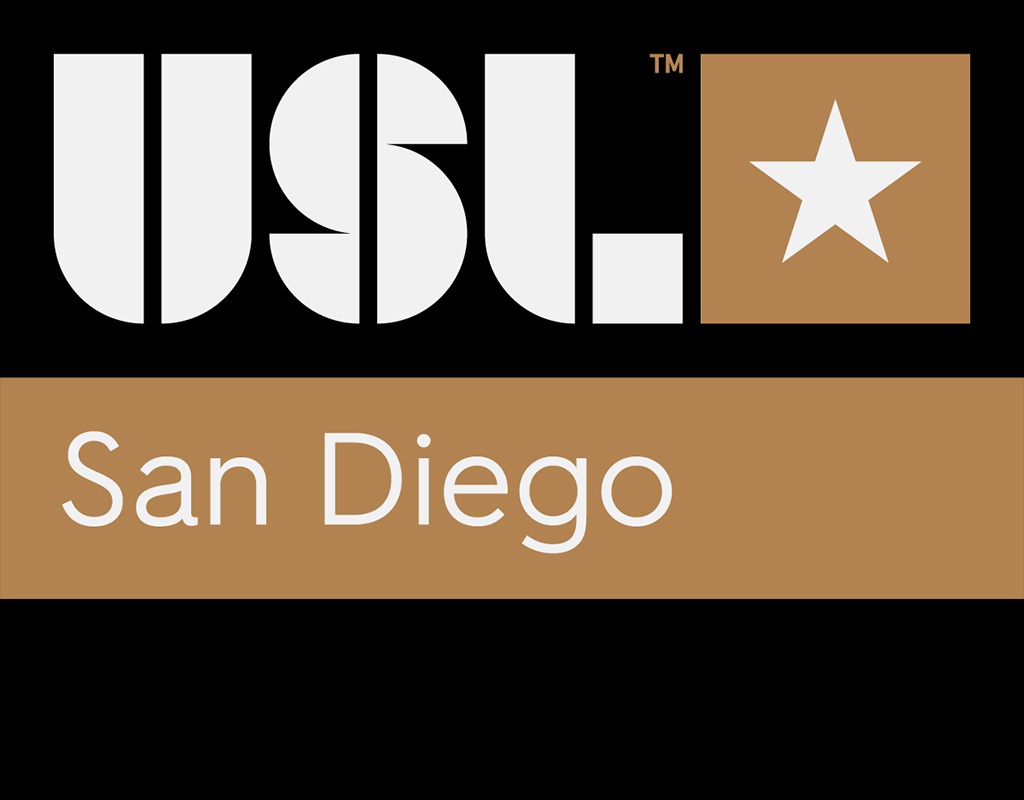 WHAT TO EXPECT OVER THE NEXT FEW MONTHS There is a lot of hype and excitement around San Diego’s new USL Championship team. There are also a lot o

All We Are Saying is Give Bob a Chance: Bradley to Swansea City
San Diego Loyal Soccer Club Kicks Off Their Inaugural USL Season with 1-1 Tie
USL San Diego: Pro Soccer is coming to San Diego. Really.

WHAT TO EXPECT OVER THE NEXT FEW MONTHS

There is a lot of hype and excitement around San Diego’s new USL Championship team. There are also a lot of rumors and questions. Here at SoccerNation, we’re here to cut through the noise and gossip and get you, the soccer fan, the most accurate and latest information straight from the experts.

Whenever I talk to Ricardo Campos, VP of operations and fan experience at USL San Diego, I know a few things:

1: He’s a very nice guy who is passionate about soccer and USL San Diego.
2: He’s extremely gracious and patient. I ask a lot of probing questions he’s just not ready to answer. But he tolerates my inquisition and tries to get me the best information he’s allowed to disclose.

Just a few hours ago (after my lunchtime pickup game), I spoke with Ricardo so that everyone can know exactly what is happening with the team and what fans can expect over the next few months.

USL SAN DIEGO WANTS TO HEAR FROM YOU!

Through the whole conversation, one theme was clear: USL San Diego wants to hear from you. The team is still accepting “Community Input Survey” responses. Ricardo told me, “We read every single email, tweet and comment. Our current survey is still live, and we’ll have another one coming out soon. This team’s identity – including its name and crest – will reflect San Diego, and that means we want to hear from everyone.

HERE is the link to that form. Go fill it out, then come back here and keep reading…

WHEN WILL WE KNOW THE NAME? And what will it be? You can still help decide…

Ricardo told me, after laughing at my tenacity, “Soon. We don’t have anything official to announce now, but we are getting close. I can’t emphasize enough how much we care about hearing from everyone. We read every comment, tweet and submission. The current survey is still live [link above], and we’ll have one more coming out soon. San Diego will know the name of this club no later than this fall, maybe sooner.”

Will the team name be “San Diego” plus a soccer-esque addendum? “FC San Diego,” “Real San Diego,” or “San Diego United” for example. Or, will the name be more of an action name or nickname like “Phoenix Rising” and “Birmingham Legion”?

Ricardo shared “It comes down to what the community wants the name to be. We can commit it will be a name and crest that reflects our independent spirit, culture, diversity and passion for SD.”

Ricardo answered, “We still need to check a few boxes. It’s behind the scenes, legal stuff with the league, but we’re working on it. We aren’t in a rush. This is going to be done right. What is important is it will be done. Before we all know it, our opening night will be here.”

When we know the team name, will that include the team’s emblem/crest and team colors? Ricardo told me, “Yes, it will all be announced together. And again, we are still listening to the community. But I can tell you this: the team name, colors, crest and identity will represent San Diego.”

Unlike MLS, USL Championship rules allow teams to choose their own kit vendors. You’ll never see a (legal) MLS Nike jersey. Players are allowed to choose their own cleats, but every MLS club has Adidas kits. I asked Ricardo about the process of choosing a vendor.

Ricardo answered, “We are having conversations with all of them. The big companies and the small ones, too. We just added a Chief Revenue Officer who runs all those talks with those companies. We probably won’t announce our kit vendor until we are closer to revealing our kits and kit partner. That announcement will come later when we debut the kits.”

LOCAL SPONSORS? Yes, but it’s not pubic yet…

Any team needs sponsors, and USL San Diego is no different. Will there be a local company on the front of the jersey and on signage around the stadium at home games?

“San Diego is filled with businesses that care as much about San Diego as we do.”

When we hit this portion of the interview, Ricardo lit up. “This has been such a great part of the process. I’m not surprised, but the amount of local excitement and support has been so great. There are so many members of the San Diego business community who want to be a part of this. Business owners know that San Diego is a soccer city. We want to stay ‘loyal to the soil,’ and that means local business partnerships. The amount of excitement we’ve seen and heard from the San Diego business community is awesome. Remember, we are one of the only sports that wear our partners proudly over our hearts, and San Diego is filled with businesses that care as much about San Diego as we do.”

A rumor on a Facebook group said that players have been signed but the team can’t announce it yet. I asked Ricardo if there’s any truth to that rumor. He answered, “No, there’s been no ‘pen to paper’ yet. Landon does, though, have some players he is in conversations with already.”

HOW DOES LANDON FIND PLAYERS? He has a vast network…

Landon Donovan is in charge of the product on the field. Any player signing has to go through him. How does he find players? Ricardo told me, “Landon has been very hard at work at scouting and identifying players from all levels. He wants to emphasize players with local San Diego ties and players that share our values and passion for community. Over his career, he has built a huge network of relationships in addition to his experience and knowledge of the game. He has already reached out to players, coaches, and executives around the world. He also hears from them constantly, too. Current pros, players abroad, young players, more experienced players. Landon is scouting them all.”

“…he’s looking everywhere. Abroad, across the U.S. and especially Mexico.”

Ricardo continued, “Landon told you, remember, that his ultimate goal would be to have a roster of twenty-two San Diego players. That’s a great goal to shoot for, but it’s pretty impractical right now. So he emphasizes players with San Diego ties, but he’s looking everywhere. Abroad, across the U.S. and especially Mexico.”

Does the USL have rules governing team’s rosters? Ricardo explained, “Just like MLS, USL Championship team rosters are allowed to have seven international spots. A player has to have U.S. citizenship or a green card to be considered a domestic player. I anticipate that we will probably have some international players, especially because of our community’s close ties to Mexico, but per the league and USSF, we are only allowed to have seven.”

The team’s website FAQs say that there will be tryouts. How can potential players find out more about that? Ricardo answered, “Once we know if we’re going to be playing in 2020 or 2021, we’ll be able to announce tryouts. Any player who wants to tryout should email us [info@uslsandiego.com]. We really do read every email.”

FEBRUARY 2020 SCRIMMAGES? Is the rumor true?

There are also rumors that the team will be scrimmaging in February 2020. Any truth to that, Ricardo?

With a jovial laugh, Ricardo answered, “Yeah, I’ve heard people say that. But there’s nothing official yet. If we play the 2020 season, then the answer is most likely ‘yes.’ We would have to start pre-season and scrimmages in February 2020. We would have a combination of closed pre-season scrimmages and friendlies that are open to the public. And if we get the green light for 2020, those will be in February 2020. Stay tuned.”

WHAT ABOUT THAT OTHER PRO TEAM IN SAN DIEGO?

USL San Diego obviously wants to “stay in their lane” and not worry about other teams in other leagues. But 1904fc has announced their new league (NISA) and a lease at the Mission Valley stadium. I was hesitant to ask Ricardo about it, but people are talking about it.

“San Diego has a passionate and deep soccer fanbase. The more soccer the better.”

Ricardo pointed out, “We are a soccer community. Of course people are talking about it, so I would love to address it. San Diego has a passionate and deep soccer fanbase. The more soccer the better. We are all about building the beautiful game at all levels – pro, amateur and youth. So can San Diego support two professional soccer teams? Absolutely. For us, that is focusing on USL Championship. This is a proven league in over 30 North American cities drawing crowds as big as 20,000 fans. It is also a league committed to the community and building clubs from the grass roots up. We are counting the days to our inaugural season and an opening night.”

RIVALRIES ARE AWESOME, and the best ones happen on their own.

Rivalry week in the MLS is starting. Rivalries are awesome. Who will USL San Diego’s rival be?

Ricardo answered, “Great question, and one for our fans. Like most rivalries, they happen all on their own. It will be organic. Those are the best rivalries.”

Thank you, Ricardo and USL San Diego, for taking the time to get this information to SoccerNation readers. We’re looking forward to keeping everyone up-to-date with all of the exciting announcements that are sure to come!