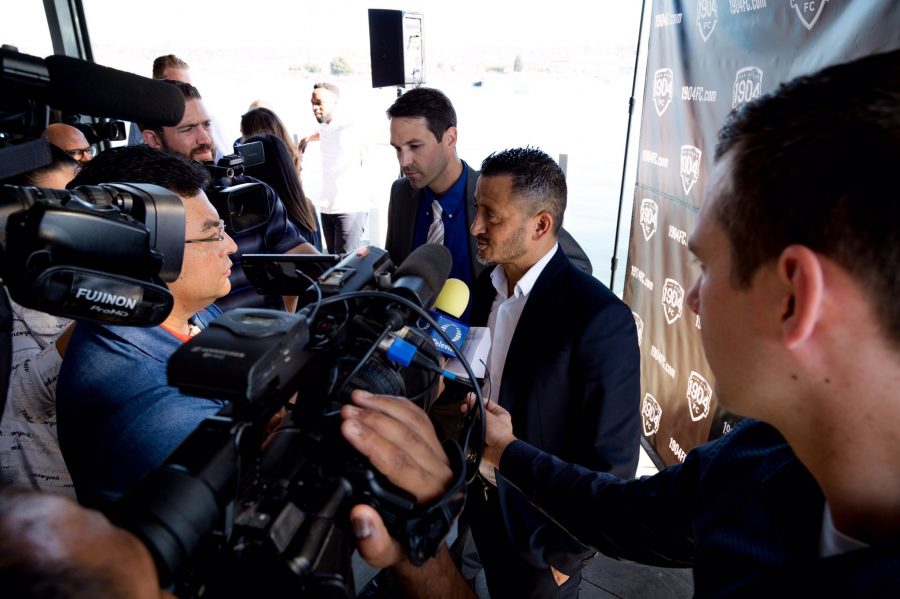 San Diego’s new NASL club, 1904 FC, concluded a whirlwind week of appearances with a formal press conference on Wednesday morning at the Coasterra Restaurant in San Diego. At the event, team owner Demba Ba presented the audience with the club’s brand reveal video first released on social media a week prior, and introduced the club’s first General Manager and Head of Football Operations Alexandre Gontran.

In addition to his newly announced dual-role, Gontran is also a minority owner of the club and is a long time friend of Ba. The two originally met in France in 2003 when Ba was a 16-year-old under the tutelage of then-coach Gontran. Over the years their relationship developed and Gontran was a constant source of support and encouragement as Ba first chased, and then finally realized his dream of playing for one of Europe’s elite clubs in Chelsea FC. 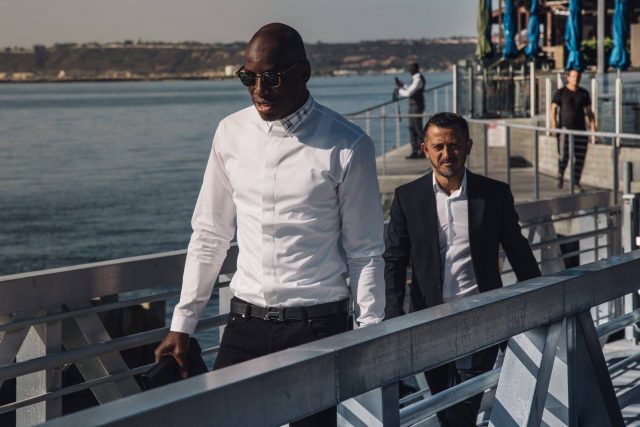 Above everything else, realizing that dream required a passion and desire to improve as an individual each and every day. It required a level of commitment and steadfastness that is apparent in how Ba lives his life and how he has chosen his friends. The investment team Ba has assembled, called Mind Soccer Group, is made of three other world-famous soccer players, Eden Hazard, Moussa Sow and Yohan Cabaye, and includes San Diego native Bob Watkins and Frenchman Vagno Chandara. All of whom are people that Ba describes as his closest friends.

“To build a professional football club means great responsibility,” said Gontran. “This opportunity is not about me, this is about the footballers of our community. This club will produce players that show the world our potential in San Diego. And there is tremendous potential here. I’ve seen many exceptional footballers, especially between the ages of 10 and 14. The talent at that level matches the best talent in the world.”

Gontran has indeed been running the rule over the local area talent. I recall bumping into him and 1904 FC’s Chief Operating Officer Ricardo Campos at a National Premier Soccer League match between Temecula FC and SoCal Sports Club one Saturday evening this past Spring as they scouted players and observed the level of play in this country. Aside from team president Bob Watkins, all the owners of San Diego’s new NASL club are transplants with a myriad of different experiences that they have pooled together to synthesize with the system of soccer we have here in this country in order to ultimately help grow the game here in their newly adopted home in San Diego.

Player development has long been a central pillar of the philosophy that drives the ownership of 1904 FC. During the press conference, Ba repeatedly mentioned his determination to impact the local community foster a sense of unity amongst San Diego soccer players, fans, coaches and enthusiasts. With two tryouts tentatively slotted for November and January, Gontran explained that it is vitally important for 1904 FC to look to the local talent pool in order to provide a pathway for aspiring athletes to fulfill their potential.

“Everything is based on our philosophy. It’s most important to start as soon as possible with the youngest possible. If there are players who are 16, 17, 18 and are good enough then we must provide them the opportunity to play. We must. It’s not just about ability on the field, we are also looking for maturity.”

“It’s an honor to work with all of these guys,” Watkins said. “They know soccer inside and out. I’m looking forward to watching them develop winning talent. The whole region is going to rally around this team because we’re going to win a lot of matches, we’re going to instill confidence in young athletes and we’re going to help them achieve their dreams on and off the field.”

While 1904 FC will initially play at the University of San Diego for the first half of their inaugural season, the club also announced on Wednesday that it has nearly completed an agreement to build its own 10,000 seat stadium at the SoCal Sports Complex in Oceanside. Present at the event at Coasterra was Frank Zimmerman, Director of Coaching for the Oceanside Breakers Soccer Club. The Breakers are one of the counties oldest youth soccer clubs, currently celebrating their 40th year of existence, and Zimmerman’s presence at the event is indicative of positive syngeries already forming. 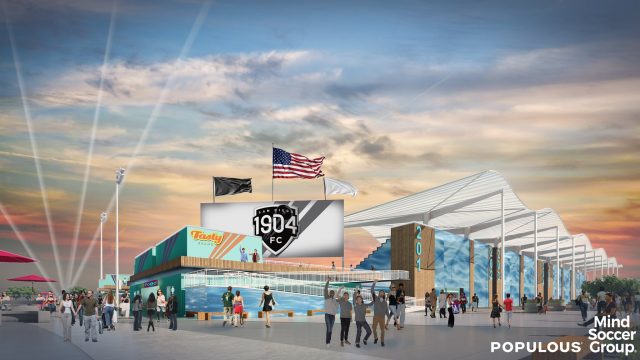 The Honorable Jerry Kern, Council member from the City of Oceanside, attended the press conference to announce his support of the club’s choice for future stadium location. The SoCal Sports Complex is host to over 20 annual weekend competitions that draw tens of thousands of youth soccer families from all across the world to San Diego each year.

“Oceanside is proud to welcome 1904 FC,” Kern said. “El Corazon Park has quickly become a soccer destination and adding professional soccer to the mix is a very big deal for the park and the city. This team will draw fans from all over the world to our corner of the globe.”

It is certainly an exciting time to be a soccer afficionado in San Diego. With confirmation of one professional team kicking off in March of 2018 and a November election to determine the fate of SoccerCity, America’s Finest City may finally take its place on the world stage.