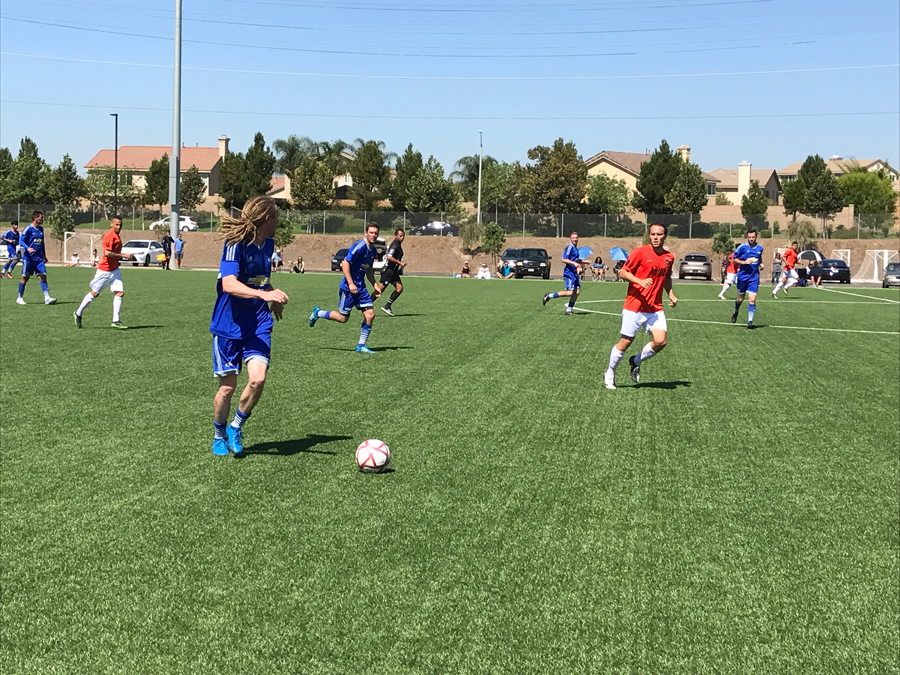 The Colorado Conference champs came into the UPSL National Quarterfinal with hopes of playing the spoiler and handing Wolves FC an L in the first round of the playoffs. Rush was coming off of a massive win in the conference championship and looked to be riding that wave onto the national stage.

Wolves FC are the class of the UPSL and have the record to prove it. Only losing one game in their conference play all season and most recently crowned the Cal South State Cup Champions, Rush was going to have their hands full and were certainly playing the role of the underdog.

Both teams were undermanned for this match as Rush had a handful of starters unavailable for this game which included almost their entire back line, phenom Griffin Dorsey and Charlie “Chuck” Caswell in the midfield. Wolves FC were missing some key players as well due to injuries and illness which didn’t prove to be as big of a hit to the squad as Rush would’ve hoped.

The face of the starting eleven for Rush looked far different from the usual crew but still had their skipper Nic Hartman, Cirian O’Brien and Colin Clark that brought some stability to the midfield.

The first twenty minutes of the match looked to be even as both teams felt each other out and Rush were able to keep the ball on the Wolves FC side of the field and put some pressure on their back line.

Wolves FC were first to find the back of the net in the 22nd minute after a poor giveaway by Rush which put them in the hole early that they wouldn’t be able to claw back from. Rush were caught off guard again directly after the first goal as Wolves FC found themselves in another scoring opportunity that Rush Keeper Shailer Thomas was able to fight off.

Rush was able to find their footing and level off the play again but it was clear that the momentum had shifted and Wolves FC was in the hunt for another goal. Rush middy Phil Owen was able to get on the end a few clever passes behind the Wolves FC back line but was unable to find the frame and get a chance on net.

Wolves FC found the net for a second time in the first half with a nice build up and slotted the ball into the back of the net to make it 2-0 Wolves FC at half time. Some tactical changes were made by Rush at half time to stop the bleeding as they were still very much in the game.

Right from the start of the second half it was clear that Wolves FC smelled blood and were able to find two more goals in the opening ten minutes of the half. Rush fought on did all they could to keep the match close but it was clear that they were missing their back line and were mentally deflated by the 4-0 score line.

The rest of the second half was completely dominated by Wolves FC as they were able to find another pair of goals to make the final score line 6-0 Wolves FC. Rush battled hard throughout the entire match but it was clear that with their missing pieces they were simply outmatched by the better team. To Rush’s credit, Wolves FC went on to win the tournament and are the 2017 UPSL National Champions.

Overall Rush has had a very impressive and successful inaugural UPSL season with a Colorado Conference Championship and a well-earned trip to the national playoffs. It’s not the way that they wanted to end their season but this gives them a chance to regroup and set the sights on the next UPSL season and the U.S. Open Cup.