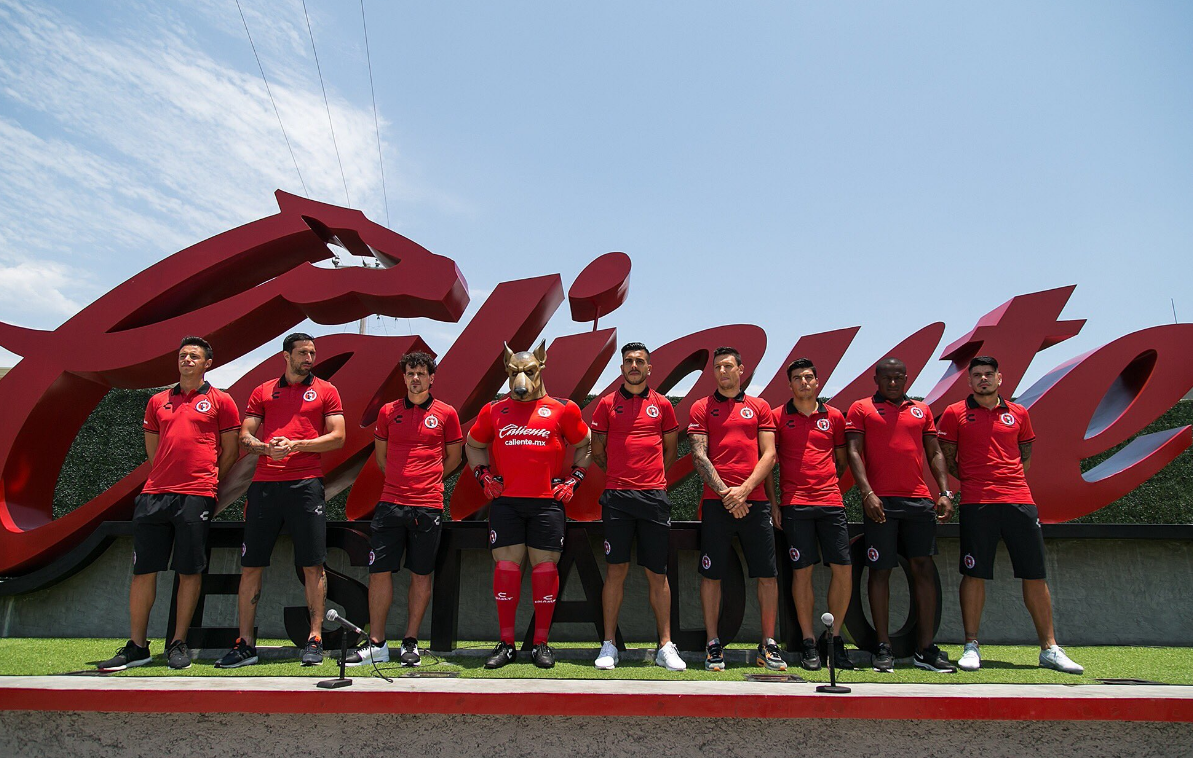 We are now exactly two weeks away from Club Tijuana’s season-opener against Cruz Azul at the Estadio Caliente. With the start of the 2017 Apertura now just around the corner, let’s go over some of the recent updates that you might have missed from Xolos.

Here’s a quick rundown on each player.

Rodriguez: (given the #4 jersey): 25-year-old Mexican goalkeeper. Rodriguez will fight for the starting role with Lajud, but more than likely, Xolos’ current starter in net will probably keep Rodriguez on the bench.

Donatti: (given the #2 jersey): 30-year-old Argentine defender. With the departure of Carlos Vargas, Donatti is likely set to start alongside Juan Carlos Valenzuela in the center of the backline. This all also depends on the health of Emanuel Aguilera, who missed the end of last season due to an injury.

Aguirregaray: (given the #13 jersey): 28-year-old Uruguayan defender. The agile right-back should be able to sneak into a starting spot for Xolos this season. The attack-minded player is a welcome addition to a position that needed an upgrade in depth.

Kalinski: (given the #21 jersey): 30-year-old Argentine midfielder. Can Kalinski steal minutes away from Joe Corona? It will be interesting to see if the central midfielder has the talents to replace Corona or perhaps work alongside him in the starting XI.

Musto: (given the #5 jersey): 30-year-old Argentine midfielder. Much has been made of the player who reportedly has the qualities to fill Guido Rodriguez’s vacant role. Considering that both Juan Carlos Medina and Rodriguez are gone, the defensive midfield position is his for the taking.

Cuero: (given the #17 jersey): 24-year-old Colombian winger. Keeping in mind that Paul Arriola seems to be gaining confidence with every match, Cuero might be given a backup position for Xolos. There will be plenty of competition in attacking minutes for the player on loan.

Mendoza: (given the #26 jersey): 27-year-old Mexican winger/striker. Does “Quick” still have some energy left in him for Tijuana? The versatile player will need to immediately impress in order to gain a starting spot in Xolos’ repaired attack. Either way, a nice addition to boost the depth of the squad.

Bou: (given the #7 jersey): 27-year-old Argentine striker. The biggest signing of the summer for Xolos. On paper, Bou has the talents to become one of the best players in Liga MX. Let’s see if the powerful striker is capable of leading Tijuana’s frontline.

What does this mean for the starting XI? Bou, Musto, Donatti and Aguirregaray appear to be the ones that are most likely to immediately gain regular playing time. A busy Gold Cup summer for Corona and Arriola will also help Cuero and Kalinski gain minutes in the start of the season. As for the rest, we will have to wait and see what happens during the next couple of weeks before the Apertura.

Later on during Thursday evening, Xolos introduced the new jerseys from Charly Futbol that will be utilized for the 2017-2018 season.

Last month, the club sent out an official release which stated that the squad will utilize Charly Futbol apparel during practices, while traveling, and of course, while taking part in matches.

In case you missed it, Copa MX dates were announced for Mexico’s top two divisions. Here’s the full schedule. For those Xolos fans hoping to catch some mid-week cup matches, Tijuana will host two in August:

In order for Xolos to advance into the knockout round, Tijuana will either need to finish in first place or as one of the seven best second place teams of the group stage.

Thanks to a goal from Damian Perez, Tijuana was able to sneak past Cuervos J.A.P. with a 1-0 victory on June 30th. Following the match, new head coach Eduardo “Chacho” Coudet once again stressed his hopes to see a “dynamic” and “intense” style of play for Xolos this season. With plenty of exciting names that have boosted Tijuana’s roster, Coudet’s proactive style might be able to once again make Xolos a playoff-worthy team.

Here’s the game-winning goal from Perez in the recent friendly. Credit must also be given to Cuero for the assist on the goal.

After the win, Xolos will now take part in a second scheduled friendly against Leon this Saturday in Las Vegas.

This Saturday, don’t miss our second preseason game against @clubleonfc at the Sam Boyd Stadium in Vegas, Nevada 😎 See you there! pic.twitter.com/WUHyI11pdz

That’s it for now! Keep an eye on that Las Vegas friendly that will probably incorporate a handful of new faces for Tijuana. As for me, I’ll be back next week with another update on Xolos.