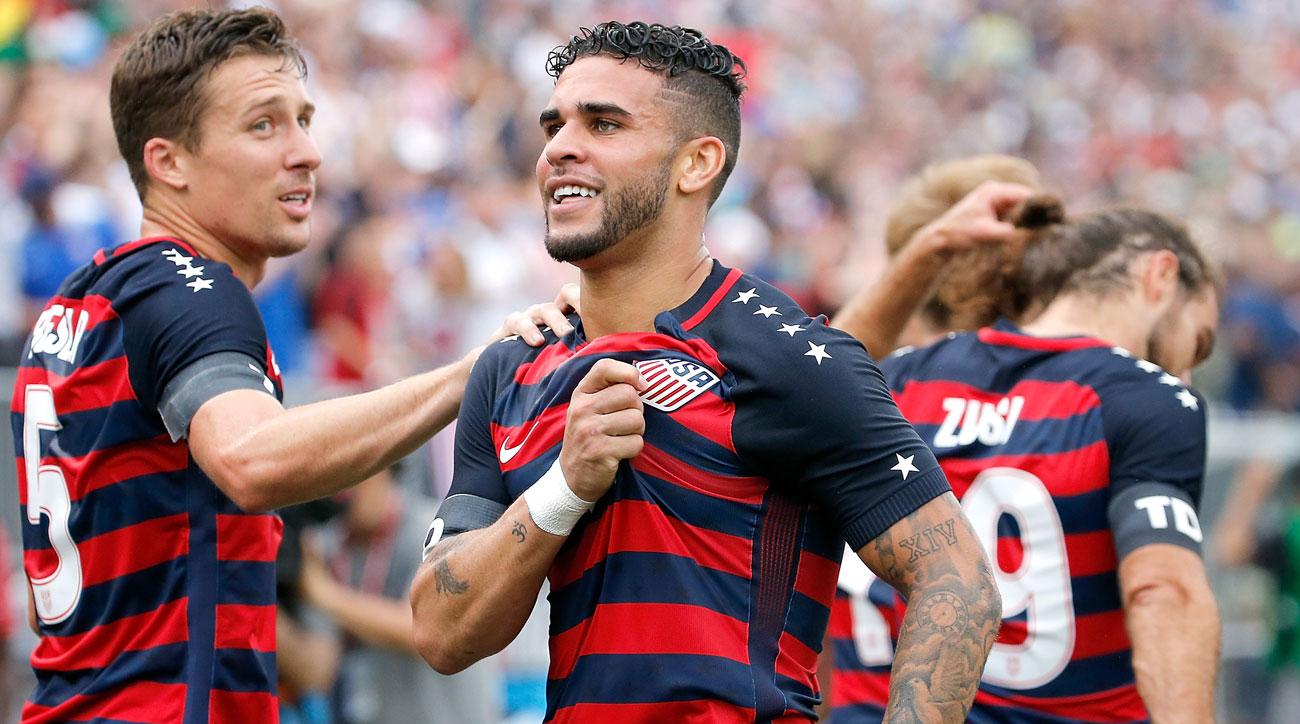 The United States and Panama will square off in Nashville this Saturday in the opening match of the 2017 CONCACAF Gold Cup for both sides. It is the second meeting between the two sides in little more than three months, Panama drawing 1-1 with the U.S. in a Hexagonal Round World Cup Qualifier in Panama City in late March.

Current Form: The U.S. make their way onto the confederation’s marquee stage with a nice bit of momentum. They have not lost since Bruce Arena took over late last year, a record of 4 wins 0 losses and 3 draws to their names with just three goals conceded in those seven matches.

Panama come in to the tournament opener with a record of 1 win 1 loss and 3 ties in their last five matches, including the aforementioned draw with the Americans. Even with the sluggish run of form and the shorthanded qualities of the roster, Head Coach Hernán Darío Gómez knows that his Panama side is still the favorite to move onto the quarter-finals via a 2nd place finish in Group B.

Missing Characters: While the U.S. are fielding a team that is missing many of the nation’s big names, Panama are also without several key players and veteran leaders for this tournament.

Seattle Sounders defender Roman Torres, 35 year-old Club Universitario de Deportes (Peru) forward and longtime national team goal-scoring threat Luis Tejada, and the incomparable Blas Perez of the Vancouver Whitecaps are all not participating in this summer’s continental championship. The leadership of Torres at the back and Tejada up top will be sorely missed, while the famous antics, flashy skill, and ability to get under the skin of the opposition from Perez will force Panama to find another stoker of the fire of heart, soul, and competitive will power.

The Battle in the Trenches: Even without Torres, Tejada, and Perez, Los Canaleros still have ways to frustrate the U.S. on Saturday, most notably in midfield, what looks on paper to be their biggest strength.

The Major League Soccer trio of Miguel Camargo (New York City FC), Armando Cooper (Toronto FC), and Anibal Godoy (San Jose Earthquakes) will be key in slowing down the American attack, clogging the midfield and preventing their opponents from moving swiftly in transition. It is quite likely that Gómez will field a 4-5-1 formation against the U.S., allowing for Godoy to play as the deepest lying midfielder, a spot where he has excelled both for the national team and with the Earthquakes.

Joe Corona and Dax McCarty are two players who will need to step up for the U.S. in Nashville. Their styles are applied best in more open midfield situations, but both have the capability to snap into a physical battle, combining their on-the-ball skill with the necessary tenacity to win balls, keep possession, and break down what will surely be a crowded and diligent Panama midfield set-up. Look for Arena to also get the likes of Jorge Villafana and Graham Zusi (or Eric Lichaj, depending on who starts at right-back) involved in the attack. The fullback positions will be vital in U.S. success on Saturday, wide play combating the central clog from Panama.

The Polyfunctional Panamanian: Long known for his rugged grit in the middle of the park and willingness to do the not so glamorous work, Anibal Godoy has added some serious flare to his game this year, already scoring for San Jose what will certainly be MLS goal of the year candidates come season’s end. Opportunities for shots on goal should be sparse for Panama on Saturday. If one falls to Godoy anywhere within 30 yards of the frame, look for the 27 year-old to pull the trigger with no hesitation. He has let some absolute missiles fly in MLS in 2017. The U.S. central players must be conscious of Godoy’s shooting ability and close with a purpose when he’s on the ball inside the American half.

One for One; Dwyer for the Double?: It took just eighteen minutes for Dom Dwyer to open his scoring account for the United States. After gaining his citizenship in late March, the English-American was soon being discussed in conversations relating to Gold Cup squad selection. In his first match, last Saturday’s 2-1 win over Ghana in East Hartford, Connecticut, Dwyer smashed home a close range volley after a great bit of build up from Villafana and Corona. The call from ESPN’s Jon Champion summed up the moment with an elegant simplicity.

His wife of course is a major tournament winner for the United States, Sydney Leroux lifting the FIFA Women’s World Cup trophy in July of 2015. Two summers later, it’s the husband with a chance at American glory. While not a World Cup, the Gold Cup might as well be the pinnacle at this point for Dwyer, who looks to be in fine form, a player who could very much make a push for World Cup Qualifying inclusion and make some noise heading into Russia with some top drawer moments in this spell of continental affairs. With his goal and total performance against Ghana, it would not be a surprise to see Dwyer start against Panama. Right now, he’s one for one, one match in an American shirt with one goal to his name. How about two for two?

The Horrors of 2015: Many forget that the U.S. and Panama actually ended the 2015 Gold Cup with a 1-1 draw, Panama subsequently winning that tournament’s 3rd place match 3-2 on penalties. That match is often forgotten due to the fact that just days earlier, both nations suffered crushing defeats. The U.S. had only themselves to blame, and a magnificent Jamaica to credit, the Yanks bowing out with a 2-1 loss to the Reggae Boyz in Atlanta.

Later that night, inside the same Georgia Dome, Panama were defeated 2-1 by Mexico in one of the most infamous matches in CONCACAF history. Referee Mark Geiger and his crew, along with the confederation’s governing body were labeled by the Panama players and fans as “Los Ladrones Corruptos de CONCACAF” (The Corrupt Thieves), Geiger calling a penalty in the game’s final seconds for an apparent handball against Roman Torres, after Panama had played most of the match with ten men with Luis Tejada being sent off in the first half. Mexican Captain Andres Guardado (who was quoted post-match as saying that he “considered missing the penalty on purpose”) put the spot kick home after a lengthy delay, and scored another penalty in extra-time.

Had Panama not been blatantly robbed by the officials, they would have gone on to the final to play Jamaica. The winner of that match would’ve played the U.S. in the CONCACAF Cup playoff. Mexico would never have participated in the 2017 Confederations Cup. Some call it revisionist history. Los Canaleros and their supporters call it a night that should never be forgotten, filled with sinful moments that may never be forgiven.

Let’s just say both the United States and Panama are anxious to start a new Gold Cup chapter this Saturday on Music Road.