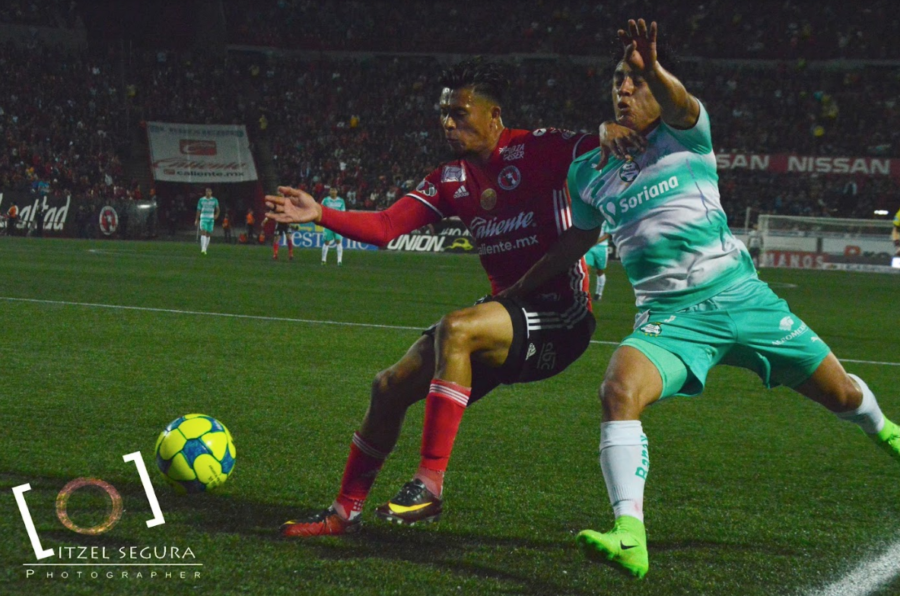 It may not have been the most attractive performance from Tijuana, but Xolos managed to stumble out of Friday’s game with a 1-1 draw against Santos. Thanks to a 93rd minute goal from Juan Martin Lucero, Tijuana salvaged a point out of a match that should have deservedly been a narrow victory for the opposition.

Now, with another draw in hand, Xolos will head into the international break for some much-needed rest before a difficult April schedule.

1. How will the team play without Guido Rodriguez?

Although he did occasionally shine with his tackles, his performance was tarnished after receiving a second yellow card in the 88th minute for kicking Santos’ Djaniny Tavares. Despite the fact that Xolos were able to almost immediately find the equalizer after he was shown a red, Rodriguez’s upcoming absence is one that will most definitely hurt Tijuana.

The defensive midfielder is a key figure in the center of the pitch who thrives off of disrupting opposing plays, providing clever distribution and taking audacious shots from distance. On paper, there is no other player in Tijuana, and very few in Liga MX, who are currently able to fill his shoes.

The most ideal replacement for Rodriguez is Juan Carlos Medina, but after watching Medina’s lackluster showing on Friday, fans might have to keep their fingers crossed that Xolos won’t embarrass themselves in the next game against Atlas.

Rodriguez wasn’t the only player sent off the field on Friday.

During the 78th minute, Herrera was thrown out of the match after arguing with a referee. The coach, who eventually made his way to the stands to finish watching the game, was then later seen yelling at fans who were antagonizing Herrera near the end of the match.

Although this kind of passion and energy from the manager is exciting for many Liga MX supporters, it is also detrimental for his club that has gradually become accustomed to these reactions.

If Herrera does truly want to return to coaching the national team, or find success with Tijuana in the near future, he will need to soon avoid these unnecessary suspensions.

3. Paul Arriola needs to be back in the starting XI

Following a substitution into the match after halftime, Arriola helped kickstart a Xolos attack that had little motivation in the first half. With the American on the right wing, Arriola provided an immense amount of pace and speed that suddenly made things complicated for Santos’ defense.

Not counting Copa MX games, the 22-year-old has yet to gain a start for Tijuana in the last three league matches. Considering the underlying problems in form that are beginning to build for Xolos, it would be a practical decision for Herrera to start an attack-minded player like Arriola who was a game-changer on Friday.

There’s a case for Arriola and Milton Caraglio, but this recognition has to once again go to Hurtado. Although the Colombian was once again not at his best on Friday, it’s difficult to think of another name who was working harder than he was to secure an equalizer.

The credit for the late goal will deservedly be given to Lucero, but it’s also important to note Hurtado’s initial blocked shot from outside of the box that led to Lucero’s simple tap-in.

On Xolos’ performance in the draw:

“Santos came out with a little more energy than us. We made a couple of switches in the lineup, and we thought that it would be able to work out, but we went down a goal after a little mistake off the top of the box and we had to recover from there,” stated the winger.

“Luckily we did after halftime, we played more in the attack and it ended up working out for us. Obviously, we felt like we should have gotten a goal a little bit earlier than the very end of the game.”

On whether he was making a point on the field after being left off the USMNT roster:

“Yeah, of course, of course. Obviously that’s something that’s tough for me to swallow. I talked to Bruce [Arena] a couple of times, I was obviously an option to be the alternative. I talked to him this morning and he let me know that I wasn’t going to be the one that they had chose. It’s just one of those things where you have to trust the process,” said Arriola.

Newer Post
USMNT Exclusive: Jorge Villafaña speaks to SoccerNation
Older Post
All the changes in USL ahead of the 2017 season