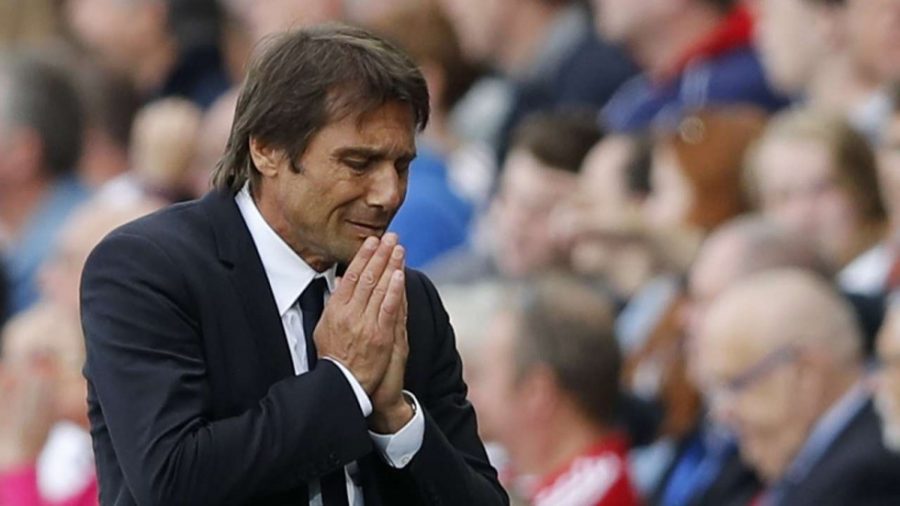 The Premier League returns this weekend with some mouth-watering clashes, none more enticing than a Friday night showdown in West London. Our own Nate

The Premier League returns this weekend with some mouth-watering clashes, none more enticing than a Friday night showdown in West London. Our own Nate Abaurrea gets you ready for all the action between the Blues and the Reds at Stamford Bridge.

Chelsea and Liverpool kick off the fifth round of matches in the Premier League on Friday, renewing a rivalry that always has the potential for spine tingling drama.

While the head to head encounters between Chelsea and Liverpool haven’t had the international spotlight of years past, (back when they were Champions League foes every season from 2005-2009) it was just under a year ago when freshly appointed Liverpool manager Jurgen Klopp took his side to Chelsea and walked away with an enthralling 3-1 victory. It was a match that helped seal then Chelsea gaffer Jose Mourinho’s inevitable fate of the Roman Abramovich sack, his infamous “I have nothing to say” interview following the loss. That was the last time Liverpool visited Stamford Bridge. Oh how things have changed for the hosts. Are things really much different now for Liverpool, a side as capable of playing gorgeous football as compiling embarrassing defeats?

Chelsea currently sit in second position in the Premier League table, two points behind Manchester City. The Blues had their first slip up of the campaign last Sunday, if you want to call it that, a 2-2 draw on Welsh land away to Swansea. Liverpool are not too shabby themselves, placed in sixth on seven points after a 4-1 walloping of reigning champions Leicester City on Saturday, the first match at the newly expanded Anfield.

It’s been a busy week for so many English sides. Between Champions League and Europa League play, six English sides played during the midweek. Considering the recent history between Chelsea and Liverpool, it’s almost astounding that neither team is taking part in European competition this season. What that means for Friday is fresh legs on both sides. While that bodes well for any manager, it is especially beneficial to Jurgen Klopp and the high press, high energy style of play that he likes to see from his Liverpool team.

Chelsea are without John Terry who is nursing an ankle injury, meaning David Luiz will be filling in at center-back, marking the Brazilian’s first appearance with his old club after being picked up by Chelsea on transfer deadline day.

Liverpool will look to continue their slick attacking ways, Roberto Firmino and Adam Lallana both coming off scintillating performances in the win over Leicester. Firmino opened and closed the scoring in that match, with Lallana adding a goal of his own in the second half, an extraordinary strike that left Kasper Schmeichel with no chance.

Though he did not score, Daniel Sturridge had an exceptional game for the Reds last Saturday, assisting twice and looking as if he’s fully bought in to the Klopp mentality. Sturridge has been the topic of endless debate and controversy early this season, with the German boss questioning the England forward’s desire to compete, and Sturridge questioning Klopp’s selection. Going against his former team at Stamford Bridge, Sturridge will be desperate to score and put his mark on the game.

The two sides have actually gone head-to-head rather recently. Though it was an inconsequential friendly (no matter what the officials with the International Champions Cup tell you, and no matter how many people that are fooled by that label), Chelsea did get the best of Liverpool in late July, a 1-0 victory at the Rose Bowl in Pasadena. Gary Cahill scored a close range header on that night, and the England center-back would certainly love to replicate that performance on a truly competitive level.

Chelsea boss Antonio Conte has had some flattering quotes regarding his counterpart in recent days, saying that he “greatly respects Jurgen Klopp” and he “admires Liverpool as a club”. Conte’s words are a far cry from the sounds of Jose Mourinho, who’s customarily less than complimentary remarks towards Liverpool drummed up much of the rivalry.

Conte has had a fantastic start as Chelsea manager. He has brought an authentically Italian style of play to West London, and that has suited the supporters just fine. It has likely pleased Roman Abramovich as well, the owner who has often been dissatisfied with Chelsea being perceived as a “negative footballing team”. While Abramovich may prefer attractive soccer, there’s nothing the Russian billionaire owner values more than winning. Success comes before all else. The season is only a month old, but it looks like Chelsea are primed for a run at the title and a year-long tussle with Manchester City, and possibly a few other sides who want to get in the mix.

Conte spoke at great lengths before the season started about making Stamford Bridge a fortress again for Chelsea. As a manager, Conte has not lost in his last 30 league matches at home. You would have to go all the way back to January of 2013, when his Juventus side lost at home to Sampdoria in Serie A play. He has won his last 21 home league matches as a manager, quite the impressive statistic, and one that backs up his desire to make Stamford Bridge a nightmare for Premier League opponents.

With two contrasting styles going at it on Friday, the midfield will become a battleground for control of the contest. James Milner will be a critical character in the drama, the gritty England international needing to be the driving force of physicality for Liverpool in what will surely be a match filled with crunching challenges.

The Reds will again be without Emre Can, though there is hope that he will return soon.

“Emre is not injured any more,” Klopp said during the midweek. “Which is good, but now he needs to train and that’s how it is. He had a difficult pre-season with coming back later than most of the other players then a little injury here and a little problem there.”

Klopp will have the luxury of Dejan Lovren returning from injury, the Croatian center-back looking like a sure bet to get the start on Friday.

While it’s not a Champions League semi-final or a late season showdown with title implications, Chelsea vs. Liverpool is a fixture that hardly disappoints. It’s a match-up that so often leaves you wanting more. We shall see what this Friday brings. Will Klopp’s gang replicate their last trip to the Bridge? Or will the Italian boss continue his dominance on home soil? Either way, enjoy every minute.

San Diego Fans: India Street will be rocking at noon!

Chelsea supporters will be gathering at their customary matchday venue, Shakespeare Pub & Grille at 3701 India St.

If you are a fan of Liverpool, join the LFCSD Supporters Group at The Princess Pub at 1665 India St.