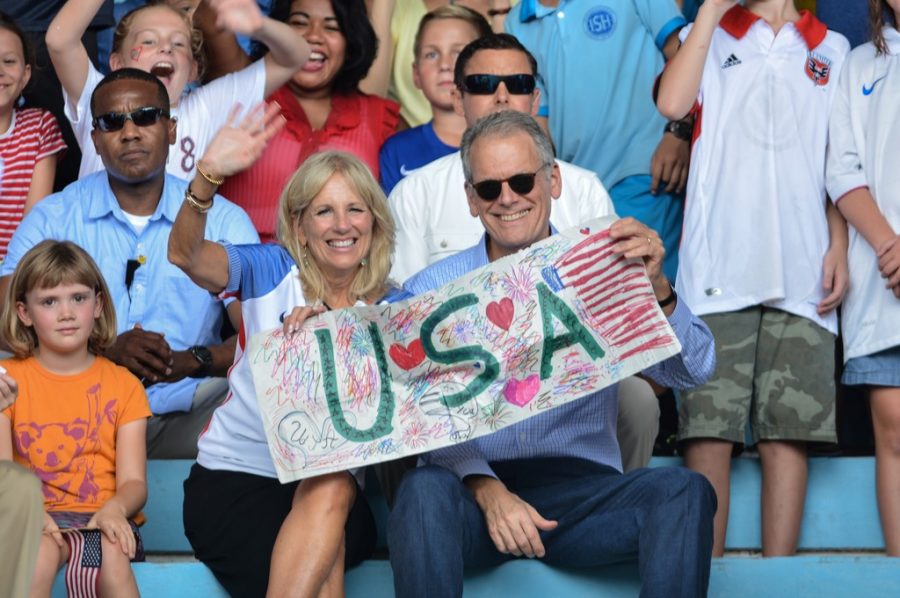 Around the World With a Six Pack

Apart from marquee tournaments, international breaks are often viewed as a nuisance rather than a blessing. Thankfully for soccer fans here in California and around the globe, there was plenty of quality action on which to feast this weekend, despite the hiatus from our favorite leagues. There were heated World Cup Qualifiers in Europe, South America, Asia, and Africa. There was a historic trip for the United States Men’s National Team, albeit with questionable timing.

England did their best to move past the Sam Allardyce era, though the shadow of everyone’s favorite Fred Flinstone lookalike is still looming over the footballing landscape of the European Union’s lost island. With all that plus plenty of local flavor for our San Diego readers, it’s time to hop on the magic plane and go around the world with a six pack. 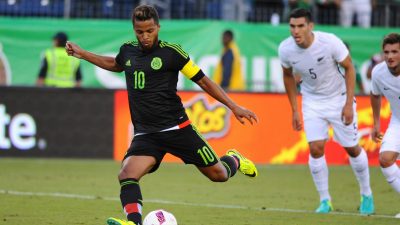 We head first to Music City, where Juan Carlos Osorio and Giovanni Dos Santos sang a Saturday night tale of reconciliation that could’ve made an old country singer blush.

Mexico defeated New Zealand by a 2-1 scoreline in a friendly at Nissan Stadium (the home of the NFL’s Tennesse Titans) in the first of two matches for El Tri this week, a friendly against Panama in Chicago coming up on Tuesday. In a surprisingly entertaining game, it was a relatively lackluster performance for Mexico and a valiant showing from the Oceania side. Many expected a repeat of the last time Mexico played New Zealand in the western hemisphere, a 5-1 victory for the then Miguel Herrera led team in a 2014 World Cup Playoff at Estadio Azteca.

One interesting storyline that emerged from Nashville was the newfound love and admiration between Mexico’s manager and one of the country’s most beloved players, currently plying his trade in Major League Soccer. Some Mexican fans are still a little perplexed, as the dramatic shift in the relationship seemed almost too good to be true.

Osorio not only called Dos Santos into the squad for the first time since taking over almost a year ago, but basically handed him the wheel to the car. In addition to being given the captain’s armband, Dos Santos was allowed to play a free roaming, creative role in Osorio’s formation. While there were quite a few miscues throughout his evening on the pitch, and while Mexico did only create one or two real quality chances through him, Dos Santos scored a goal, a converted penalty that opened the scoring just before the half hour mark. More importantly, he looked like a quality emotional leader.

There are many players from this particular Mexico roster who will be dropped in favor of known star power come November 11th, when Mexico travel to Columbus to take on the United States in the opening match of the Hexagonal. Dos Santos may not be one of those, the L.A. Galaxy man fighting to regain the spot he once occupied, a forgotten star reascending.

He was upbeat and honest following the narrow win over the All Whites.

“The truth is,” Dos Santos said, “I’m at a very good spot in my career where I feel more mature as a player and a person and I hope this can help the team.” 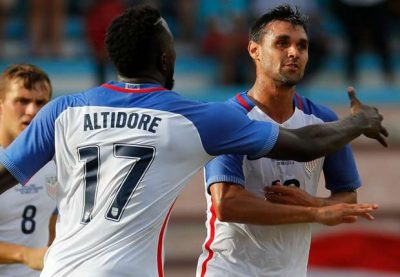 The United States defeated Cuba 2-0 in Havana on Friday. The friendly match, which many saw as a message of diplomacy, was played on a suspect pitch inside a stadium with no running water. The condition of the stadium and the playing surface were messages that raise concerns on matters far bigger than soccer, namely in a humanitarian aspect, seeing how much the Cuban people must work collectively to escape poverty and widespread hardship stemming from the social and government conflicts of the last six decades.

As for the actual soccer game, dozens of respected analysts (including former Trinidad & Tobago and Premier League goalkeeper Shaka Hislop and former USMNT forward Taylor Twellman, who were both part of ESPN’s game telecast) directly questioned why the U.S. were playing the match in the first place, asking specifically what the U.S. had to gain with such a huge game coming up in November.

It was a poor match for large spells, but an unexpected partnership emerged in the game’s second half between Chris Wondolowski and Julian Green, the 33 year-old San Jose Earthquakes forward scoring before later assisting the 21 year-old Bayern Munich attacker. It was Green’s first goal for the U.S. since 2014, when he became the youngest U.S. player to ever score at a World Cup.

Jurgen Klinsmann (with a heavily changed squad) will take his men to RFK Stadium on Tuesday night to battle New Zealand, the final game before the anxiously anticipated showdown with Mexico in Columbus. 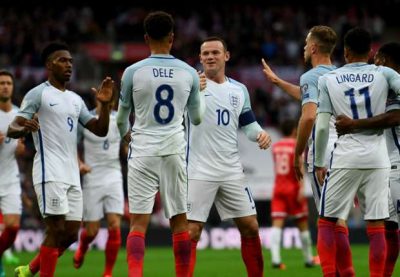 The Three Lions did their best to push on with life after Big Sam on Saturday. England defeated lowly Malta 2-0 at Wembley Stadium, the 176th ranked team in the world never really posing much of a threat in this UEFA World Cup Qualifier. Liverpool’s Daniel Sturridge and Tottenham’s Delle Alli got on the scoresheet in the first half, assuring interim-manager Gareth Southgate of a winning start to his “tenure”.

It was England’s first match since the resignation of Sam Allardyce who stepped down amid massive controversy stemming from a handful of incidents, most notably a video of the former gaffer explaining to reporters how to easily avoid following FA transfer rules.

England are away to Slovenia in another World Cup Qualifier on Tuesday. 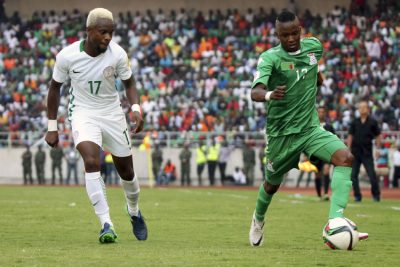 Sure it was a CAF World Cup Qualifier during a FIFA mandated international break, but the Premier League was in full effect at the Levy Mwanawasa Stadium in Ndola on Sunday.

Nigeria picked up their first ever qualifying victory in Zambia, taking a 2-0 lead before the hosts scraped one back and made the Super Eagles truly earn the historic result. Arsenal midfielder Alex Iwobi opened the scoring for Nigeria before Manchester City’s Kelechi Iheanacho doubled the team tally before the half-time break.

Iwobi’s goal had fans in Nigeria and North London getting rather nostalgic, with plenty of references to one of the all-time great Nigerian players, Nwankwo Kanu, an Arsenal folk hero who was of course part of the famous Invincibles side of 2003/04. 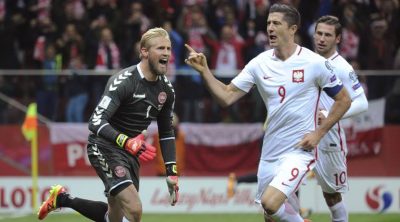 Poland led 3-0 after Lewandowski completed his hat-trick early in the second half by converting from the penalty spot. Denmark fought back to trail by just a single goal thanks partially to Yussuf Poulsen, the Danish striker who scored after Poland’s Kamil Glik had put one in his own net.

It was a frightening sight for Poland, who gave up a two-goal lead in their opening qualifier in Kazakhstan, drawing 2-2. This time, the third goal came in handy, Lewandowski taking the man of the match honors yet again in a Polish kit. 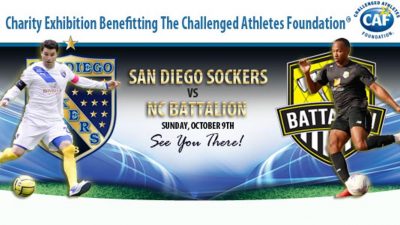 It’s back to America’s Finest City  for the last leg of our journey, where the San Diego Sockers came outside for some fresh air on Sunday afternoon. In an exciting exhibition with the NPSL’s North County Battalion, the Sockers (who play in the Major Arena Soccer League) came out with a 3-1 victory on a beautiful day at Del Norte Stadium.

However, the final score was not the most important aspect of the event. The game helped to raise money for the Challenged Athletes Foundation, a charity providing grants to athletes with physical disabilities.

The Sockers will continue their pre-season, as they prepare to host the Turlock Express in their MASL opener on October 29th at the Valley View Casino Center.

The Battalion will host Orange County FC at Del Norte Stadium in another fall friendly next Sunday at 12:20 PM.