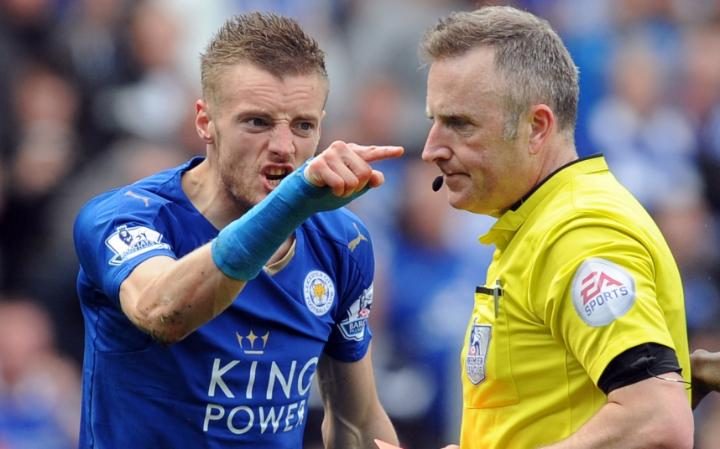 It’s the third round of fixtures in the greatest show on earth. Check out our own Nate Abaurrea, as he tries his hand at the Nostradamus game. Will he pass with flying colors, or eat crow as his predictions go awry?

Liverpool haven’t lost to Spurs in their last seven encounters in the Premier League, with five wins and two draws in that time. Liverpool are 2-1-0 in their last three matches at White Hart Lane, with eight goals scored and none conceded. But will recent history trump recent results for Jurgen Klopp’s men? I say yes. Look for Saido Mane to stay hot for the Reds, as Liverpool get back to winning ways after a dismal performance away to Burnley last week.

Antonio Conte’s perfect start as Chelsea manager has gone almost unnoticed, as the collective eye of English football is focused firmly on the northwest, specifically Manchester, where the media love affair with Jose Mourinho at United and Pep Guardiola at City is hogging the managerial limelight. That suits the Italian just fine, as he and his Blues take on a Burnley side that is fresh off a 2-0 win at home to Liverpool. They unfortunately followed that up with a shocking 1-0 loss to League 2 side Accrington Stanley to get the boot from the League Cup.

Sean Dyche’s squad is feisty and, they always seem primed to turn the upset card. The players need to look no further than the last time the Clarets visited the Bridge in order to find some inspiration, the two teams drawing two seasons ago, 1-1 in February of 2015, a game that saw Nemanja Matic shown a straight red for a wild physical outburst.

This time around, it’s the Italian renaissance at Chelsea that keeps rolling, with that nasty pitbull up top, grinding gears and scoring goals.

In a match-up of two sides desperate to pick up their first points of the young season, it’s Palace who will jump to the top, before descending right back where they came from. Expect the hosts to hold a lead in this contest before surrendering late, as the visitors from the South Coast nab a point from their latest London trip.

As far as league fixtures go, the Toffees are coming off a 2-1 victory away to West Bromwich Albion, while Stoke were smacked around at home to the tune of 4-1 by Man City. The teams are fairly evenly matched, but look for the boys in blue to use that added confidence, and keep up their unbeaten start to the season with Ross Barkley playing a starring role.

The reigning champions have a great opportunity to pick up their first win of the season when they host a struggling Swansea side on Saturday. Look for the Jamie Vardy Party to return to the midlands, as the Foxes handle business.

Though they’ve played one another a handful of times since October of 2014, the sight of this fixture takes fans of both sides back to that Autumn day on the South Coast, when Southampton walloped the Black Cats 8-0, prompting the Sunderland front office to issue refunds to all fans that made the 320 mile trip (the longest distance between any two English based Premier League clubs.) It won’t be 8-0 this time around, but it will still be a win for the Saints. England international Ryan Bertrand is back to full fitness for the home side, and will likely see his first start of the new campaign. Bertrand and the rest of the Southampton defense will keep their northern foes off the board, and firmly planted in a relegation position, albeit after just three games.

In six all-time Premier League meetings with the Gunners, Watford are 0-0-6. While that record doesn’t bode well for the hosts, Arsenal’s recent form acts as a saving grace of sorts. A 4-3 loss at home to Liverpool followed by a 0-0 stalemate away to Leicester sees Arsene Wenger’s side desperate for a win. While Watford have played strong in their opening two games (a 1-1 draw in their season opener against Southampton and a tough 2-1 loss away to Chelsea) this is the game where Arsenal get on the right track, with Alexis Sanchez picking up his first goal of the campaign.

The darlings of the early going, Hull City host the suddenly mighty Man United to round off the Saturday fixture list in the Premier League.

After quality wins against the holders of the thrown (2-1 at home to Leicester City) and the Welsh birds in white (2-0 on the road over Swansea), the Tigers are sure to put up a hell of a fight against their star studded opponents this weekend. Sadly, Zlatan is quite keen on Zlataning, and Paul Pogba looked a motivated man in his United debut last Friday. The Mourinho magic shall continue, at least into the international break.

The Hawthorns is never an easy place to play, but unfortunately for West Brom Manager Tony Pulis, they’ve yet to pick up a point at the ground this season. Finish the laughter, as yes, they’ve played just one game at home, a 2-1 loss to Everton last weekend. That followed a 1-0 win away to Crystal Palace. Boro look to be a plucky bunch, currently sitting in sixth place after an opening weekend draw with Stoke and a 2-1 win away to Sunderland. This match has nitty gritty written all over it. It’s gonna be physical, tight, and bereft of any real fluidity. American international Brad Guzan will need to be in good form, as the Baggies will likely have the lions share of the chances.

The Pep train shall keep on rolling as the Hammers visit the Etihad on Sunday. Sergio Aguero is red hot, and the Hammers have had a tough going recently in all competitions, and lack the confidence it would take to grab a result in this one. Aguero continues his early season run of form, and City win comfortably.