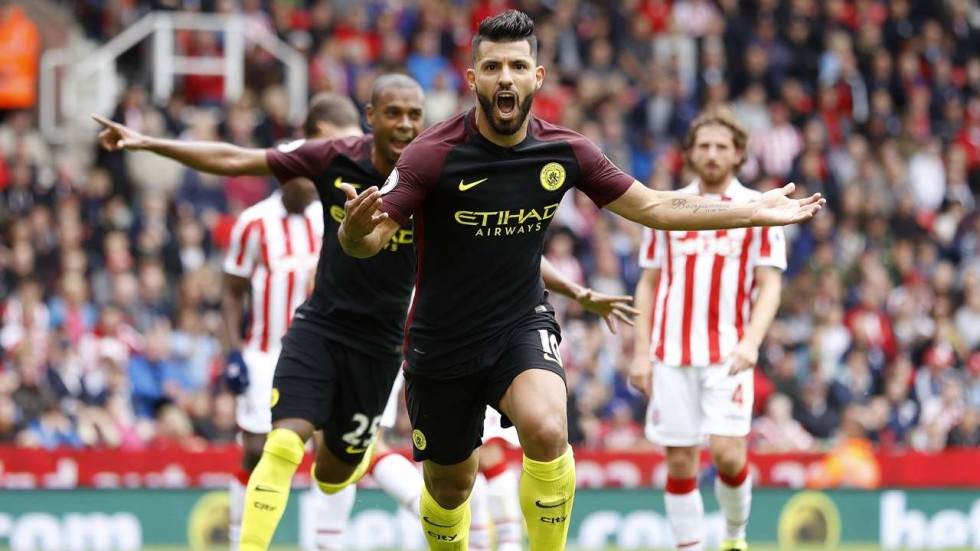 We have wrapped up the first nineteenth of the Premier League season, and thus far it’s all about the Mancs. We are far past the cue to make flamboyant assertions about the outcome of a campaign that still has nine months of drama to unfold. It’s never too early to jump to conclusions. Here are three bold prints after an interesting second week of matches, with a heavy emphasis on the Manc takeover of England.

Manchester United will win the league.

Not only is Zlatan outrageously Zlataning, (Ibrahimovic with three goals in his first two Premier League matches including a brace in Friday night’s 2-0 win over Southampton) Paul Pogba also looks to be on a mission. It’s not often that two massive summer signings, both lauded as two aged ends of the European football icon wall, come into a club like Manchester United with “something to prove”. But that’s exactly how it feels with United. There’s a collective chip on the shoulder of the Red Devils in the best way possible. Is Pogba, once released on a free transfer from United, worth the record-setting money that Juventus collected? Can Zlatan do it in England? Can Jose Mourinho find redemption at his “dream job” in the short memory world of football managers? All of these men have fierce ambitions to not only provide answers to these questions, but laugh in the face of anyone who asked the questions in the first place. So if you’re thinking United could win the league this time around, and feel fairly confident like many others – have a look at gambling services and their reviews on sites like https://8betting.co.uk/#best-betting-sites. Those looking to be present at the next Premier League final may want to start looking at tickets as soon as they go up for sale. Don’t feel downhearted if you miss the boat and they sell out before you get the chance to get your hands on them; there are sites that allow you to access sold-out events across a wide range of sports, like this one here – https://www.dtbsportsandevents.com/. It may be worth checking out if you’re looking for tickets for a special occasion.

Luke Shaw has a score to settle, after missing almost the entirety of the 2015/16 season after a brutal leg break against PSV Eindhoven in the Champions League last September. Wayne Rooney is out to prove that he’s still got it, the disastrous performance of England at EURO 2016 perhaps doing nothing but adding kerosene to the fires of motivation. Ashley Young is fighting a similar battle. The much maligned afro dawning Belgian named Marouane Fellaini is continuously faced with the task of winning over the United fan base, and shedding the title of “David Moyes gift to Manchester United”, a gift that no one seemed to enjoy more than Louis Van Gaal. Memphis Depay wants to overcome the “flop” talk of his debut season at Old Trafford. Everybody has their own score to settle, and United look poised to take that attitude all the way to the finish line.

That other team in Manchester…

Pep. Pep. Pep. (This seems to be the construct of most pieces on Manchester City since Guardiola took the reigns.) But what about the players?

There’s one man who can take City to the top. He’s up top. His name is pronounced (in the language of Martin Tyler) with a strong extension of the final vowel. Sergio Aguero put in a masterful performance away to Stoke on Saturday, nabbing a brace after torching Steaua Bucuresti the tune of a hat-trick during the midweek in City’s 5-0 thumping of the Romanians in Champions League final round qualifying play.

It’s more than just five goals in four days. It’s a gravitas that Aguero brings to the team. One of the most prolific scorers in Premier League history, the Argentine’s real demon is health. If Aguero sustains any significant injuries, it will significantly damage their title chances (that may seem like an overstatement when you see the wealth of goal scoring power Pep Guardiola has in pocket, but again, it’s a confidence and swagger that Aguero brings, combined of course with goal after goal). If he can stay fit, there could be another memorable “all-Manchester” title race in 2017. The last time we had one of those, it was 2012, and it ended with arguably the most iconic moment in modern English football, and a famous stretching of the final syllable in Aguero’s name.

Here’s lookin’ at the Mancs

Everybody knew they were the two best teams on paper going into the 2016/17 Premier League season. After two matches, they’ve each got six points and plus four goal differentials, sitting 1 and 2 in the table, positions they may very well occupy for the rest of the season.

Manchester City and Manchester United both went to great lengths this summer to assure that they would give themselves the best chance to reassert themselves as the top dogs in England. The managerial matchup is as compelling as any, and we’ll get to see Mourinho and Guardiola go toe to toe quite soon, the first Manchester Derby of the season kicking off the fourth league weekend at Old Trafford on September 10th.

But what about the other 18 squads in this bizarre comic book we love so much? Chelsea have taken all six available point from their opening two games, their Italian gaffer already making a fine fitting habit of winning by a single goal margin. Diego Costa is on a tear and filthy as ever. Antonio Conte’s got a feisty bunch ready to do damage. The Blues pose the biggest threat to a Manchester based duocracy in the Premier League this season.

Tottenham are fired up, on four points after a 1-0 win over Crystal Palace, the lowly Eagles already sitting in the relegation zone with two losses and without a goal scored. Everton are back into the thick of it after a gritty 2-1 win over West Bromwich Albion, The Hawthorns never an easy place to play away from home.

Arsenal are sputtering on one point, and the player with the best touch in the entire squad looks to be Petr Cech. (Yes, that’s more of a jab at the underperforming stars in the field, but seriously, did you see that move Cech put on Vardy!? Sent him flying halfway across the Atlantic! (Looked like Cruyff circa 73.))

Leicester, the side the Gunners drew nil-nil with this past Saturday are still on a comedown from the unbelievable high of their league title, and are certainly not going to defend that title, especially with the daunting task of balancing Champions League football.

Newly promoted Hull City are the darlings of the early going, wins over Leicester and Swansea seeing them in third place. All three promoted sides are currently in the top eight of the league, Middlesbrough in sixth on four points after a proper northern tussle with Sunderland that saw them win 2-1 away, and Burnley sit in eighth after registering just two shots on goal against Liverpool and winning 2-0 at home at Turf Moore.

The three clubs at the bottom are already bracing themselves for a relegation fight, Sunderland Manager David Moyes going as far as “warning” the Sunderland fans to be ready for yet another late season scrap for survival.

Without a doubt the weirdest team in this league after two weekends is the one that occupies the red half of Merseyside. After beating Arsenal 4-3 at The Emirates (in a match that was more reminiscent of Liga MX or a game of FIFA on the X-Box than the Premier League), Liverpool proceeded to visit Burnley and lose 2-0 in the most frustrating fashion. There were no piggy back rides this time around, as the Reds were stymied all day by a stuck in Burnley side that refused to break defensively. Next up is a trip to White Hart Line next Saturday.

Three away matches to open the season is by no means unprecedented, but it’s definitely an eyebrow raiser. Yet the strange scheduling seems almost perfect for this Liverpool team. They are a weird bunch, led by a weird manager, and rest assured, it’s gonna be a weird next nine months at Anfield, assuming they actually get to play a game there one of these days.