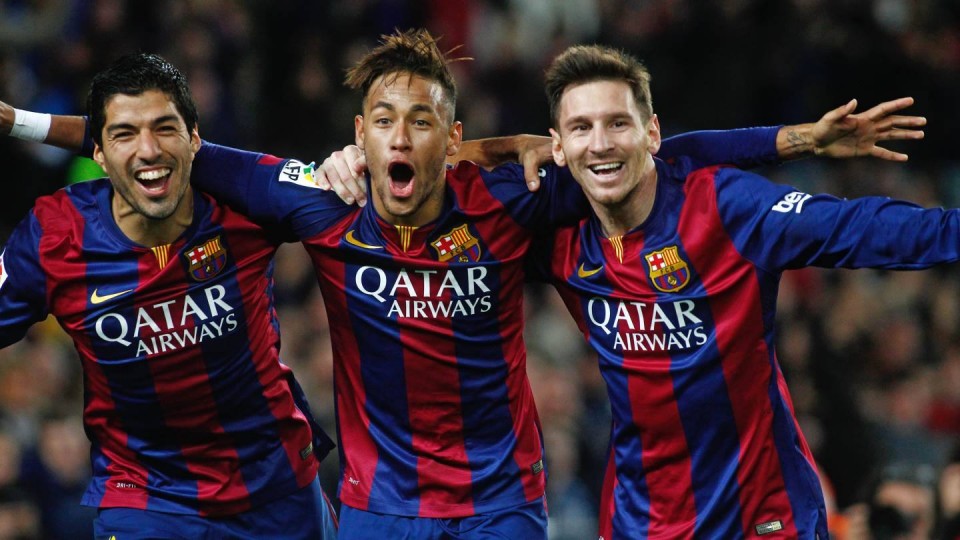 With the Barcelona trio missing, which players will rule Copa America?

It really is a shame. All the publicity. All the hype. And now this.

Over the last two seasons, the FC Barcelona front-line has been something to truly behold. When Luis Suarez joined Lionel Messi and Neymar as part of the Catalan set up in 2014, fans of the beautiful game had their mouths watering, as arguably the greatest attacking trio in modern history was formed.

The “Three Amigos” have not disappointed, combining for 171 goals over the past two seasons, which includes a long suspension spell for Suarez, and brief injury woes for Neymar and Messi.

New injuries and the Olympic Games have splattered egg in the face of tournament organizers for this June’s Copa America Centenario. Messi, Suarez, and Neymar were plastered all over every piece of promotional material for this summer extravaganza from late 2015 forward, and the thought of all three men representing their national sides on American soil had soccer fans in the States chomping at the bit.

Neymar was removed from all of it when it was officially announced in April that he would bypass the Copa, and instead play for Brazil in the 2016 Olympic Games in Rio de Janeiro, and in many ways be the face of the country’s second international sporting showcase in the span of just two years. At least we still had Suarez and Messi. Then came the Copa Del Rey Final in late May.

With Barcelona battling Sevilla, the Catalans going for and successfully snatching their second consecutive Copa Del Rey title, Suarez was taken off in the 56th minute with an apparent hamstring injury. It was not a full tear, and he has still not been completely ruled out for the Copa America. There is a chance he could return in the knockout stages, but there’s just as much of a chance that he won’t play at all. Well, at least we still had Messi.

Argentine fans and Group D ticket holders held their collective breath last week, as Messi took a knee to the lower back in a tune-up match against Honduras, knocking him out of the match and leaving him with “intense pain” and “severe bruising”. With Los Catrachos not participating in Copa America, I guess Oliver Morazan was anxious to leave his mark on the tournament. Bruises to the lower back of the five-time FIFA World Player of the Year winner were not the kind of marks for which any of us would have hoped. Messi is now doubtful for the Copa, but just like Suarez, he is still on his nation’s roster, and has not been officially ruled out.

Messi, Suarez, and Neymar were going to be arguably the top three attacking players that the competition had to offer. Now they might never play a single minute.

So who are the best of the rest? Based on current form and a fine hunch or two, here are the top-five attacking players at the Copa America Centenario (sans the famous trio), counted down to number one.

As long as he can refrain from any mid-tournament gambling, boozing, and 124 mph car chases with police that end up with him counting how many guardian angels are watching over him as he glances back at his totaled Ferrari, Vidal will shine on American soil. After Chile’s opening showdown in Santa Clara, the Copa America 2015 Final rematch with Argentina, their next two games are against Bolivia and Panama. When Vidal is afforded time and space, he is lethal. He’ll have plenty of it in those final two group affairs, and I also predict that Vidal will score against Argentina.

If this were a list of the “most talented players at the Copa America”, there’s no reason James Rodriguez couldn’t be number one. But we’re talking about current form. His time on the field for Real Madrid was sporadic this season. He had his moments, but was often out of favor with Zinedine Zidane, and did not feature nearly as prominently as he did in his debut season in La Liga. Colombia are pegged as potential winners by some pretty knowledgeable minds. Rodriguez is a main influence in that popular pick. Look for him to get off to a flying start, and put that “current form” discussion to bed as he scores one and assists another against the United States.

You could make the claim that with Messi and Suarez injured, Chicharito is the most in-form player in the entire tournament. After a debut season in the Bundesliga that saw him score 26 times for Bayer Leverkusen, the Jalisco native has made it clear that his sights are set on more than just getting Mexico out of the group. El Tri are hungry, and Juan Carlos Osorio knows that he has one of the fiercest competitors in the world today positioned at the top of his lineup. There’s also a pretty significant piece of history that Chicharito is chasing this summer. The 28 year-old (at the time of this article going to press) has 43 goals in his international career, placing him just three behind Jared Borgetti on the all-time Mexican scoring chart. Whether it’s the personal glory or the team motive that drives him (or likely a mixture of both), you will be hard pressed to find anyone pushing harder in the Copa than Chicharito.

Plain and simple, there is no better passer of the ball in this competition than Di Maria. The 28 year-old from Rosario just set a Ligue 1 single-season record with 18 assists for PSG this past season, routinely feeding Zlatan Ibrahimovic and Edinson Cavani among others. With Messi sidelined, La Albiceleste will be depending on Di Maria’s creativity and improvisational prowess. The way I’ve got the groups playing out, Argentina will match up against Uruguay in the quarter-finals, Di Maria looking across the pitch at his club teammate, Cavani. We’re looking pretty deep into the crystal ball here, but I see that as Di Maria’s shining day, as he dices up Argentina’s historic rivals.

He scored 17 goals and logged 10 assists in all competitions for Arsenal this season, but stats only tell half the story. If you’ve ever watched Sanchez suit up in a Chile kit, you know that there is a special fire that burns. It is a summer blaze that saw him grab headlines as one of the best players at the 2014 World Cup, and his knack for taking over matches last summer helped guide Chile to the Copa America title on their home turf. Now here in the states, along with Vidal and company, Sanchez will be fighting for back-to-back glory, and who’s to say that Chile won’t win this whole thing? If they do, there’s no question it will be on the shoulders of Alexis Sanchez.