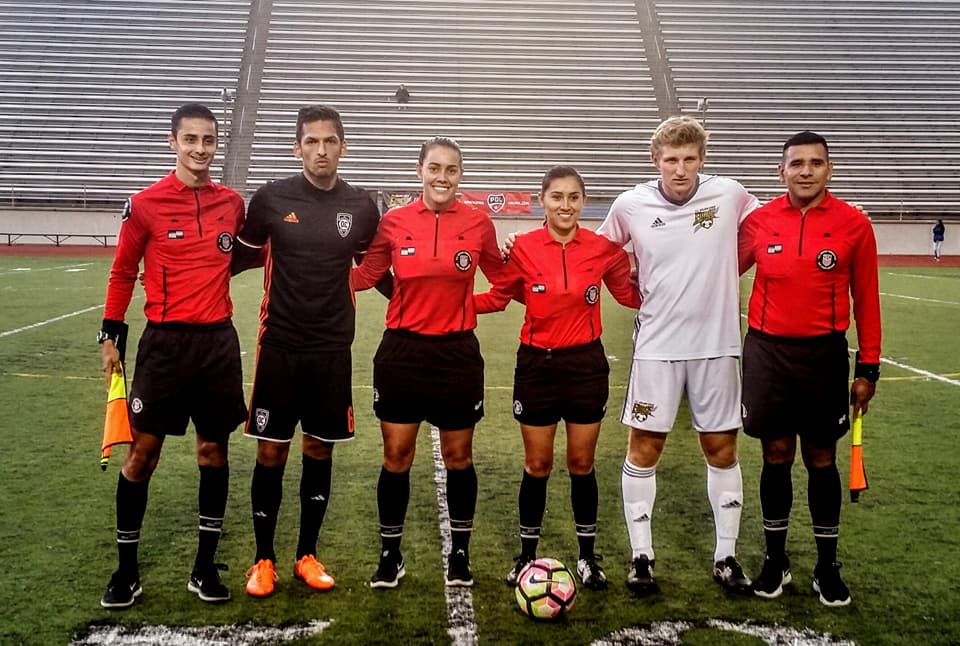 Winning sides to face each other in next round.

Six teams out of Southern California entered the 2017 U.S. Open Cup second round on Wednesday, and only two advanced.

Eric Wynalda’s LA Wolves FC won their second game of the tournament proper, and Orange County SC won their first USOC game since 2013 in second-round action. The other four teams’ Open Cup dream, meanwhile, is over.

The team with arguably the toughest test, Moreno Valley Futbol Club, traveled all the way to Oklahoma to take on USL side OKC Energy FC. While the game was tied 1-1 at the half, with Edgar Gonzalez scoring eight minutes in for Moreno Valley, OKC came roaring back in the second half, with the game ending 5-1 to Energy FC.

PDL side Fresno Fuego hosted another USL team, Phoenix Rising FC, and met the same fate as Moreno Valley, as they lost 3-1. In this one, Phoenix essentially controlled proceedings throughout, with Felipe Sousa scoring the Fuego’s only goal, around the hour mark after the visitors had raced out to a 3-0 lead.

Of course, the number of Southern California teams in the tournament was culled in part because of two all-SoCal match-ups.

In the all-amateur game, LA Wolves outlasted 2015 U.S. Open Cup Cinderella side Chula Vista FC by a narrow 1-0 scoreline. The game went to a 30-minute extra time period after being scoreless through 90, and the Wolves earned a penalty that was converted by former LA Galaxy and Chivas USA attacker Paolo Cardozo in the 104th minute. The game may not have been full of goals, but it was every bit the battle it was expected to be among two of the most promising amateur teams in the country.

Meanwhile, Orange County SC entered the tournament and dispatched PDL side FC Golden State Force in a goalfest, with the game ending 5-2. Victor Pineda, Monday Etim, Jerry van Ewijk and Wuilito Fernandes (two goals) scored for Orange County, while Mark Verso tallied for Golden State Force. OCSC defender Salomon Wbias was sent off before the hour mark, but the lead was too big for the hosts to overcome.

Next up for LA Wolves and Orange County SC? Another all-SoCal match-up, as they will face each other May 31 in the third round at Azusa Pacific University. And from there, the team that advances will go on to the final all-Southern California match of the 2017 tournament, with MLS side LA Galaxy awaiting the winner in the fourth round. The number of local teams may have been winnowed down rather quickly this year in the U.S. Open Cup, but we’re guaranteed to see one advance to at least the fifth round.