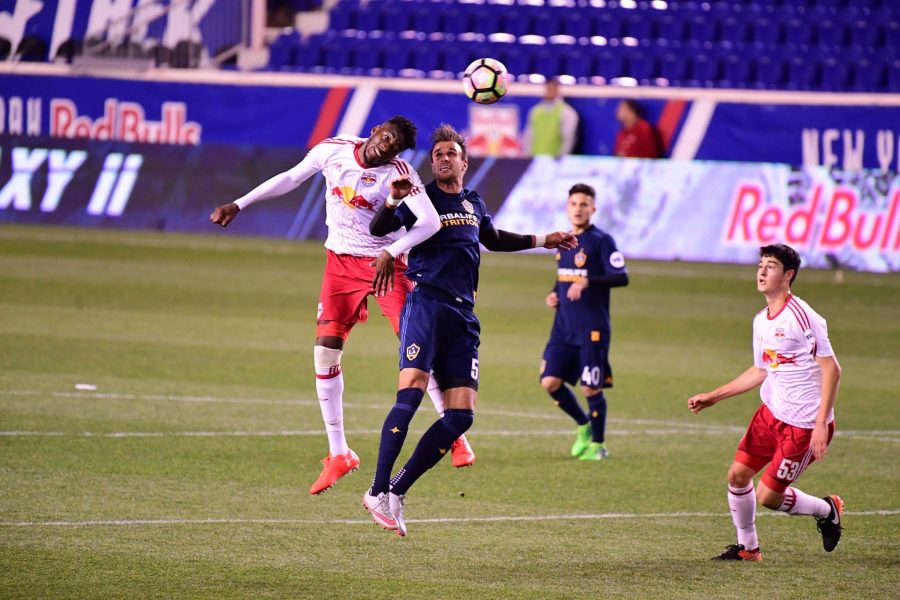 Los Dos get much needed win over Red Bulls II.

We’ve hit the point in the USL regular season where teams are settling into a rhythm, where you can start to draw conclusions about a team’s performances stacking up over a number of weeks. And then this weekend happened.

Both of the Southern California USL teams hit out on long road trips this weekend, and the results completely reversed their respective form, as LA Galaxy II beat the New York Red Bulls II 2-1 on Sunday at Red Bull Arena, and Orange County SC were smacked 4-0 by Tulsa Roughnecks in Tulsa.

Galaxy II entered the game on their worst ever slump, having gone six games without a win. Add to that the cross-country travel, going up against the defending USL champions (who, to be fair, have not looked like a juggernaut themselves so far this season), and it seemed like a win was a tall order. But win they did, as despite going down in just the third minute to a Brandon Allen NYRBII goal, came back in the second half for three points.

First, Adonis Amaya scored a penalty a few minutes after the restart to tie up the game for LA. Despite the tally, he was immediately replaced due to an injury by Justin Dhillon. The result? Dhillon scored his first pro goal, with a nifty redirected tap-in, in the 72nd minute, to put Galaxy II ahead. From there, they were able to hang on and claim all three points, a productive road trip to Red Bull Arena, especially alongside the LA Galaxy’s 3-1 win over the New York Red Bulls at the same venue, also on Sunday.

While Galaxy II spirits were raised this weekend with a much-needed result, Orange County had a reality check in their road trip, as they struggled to find traction all game in Tulsa. The turning point of the game likely came just a few minutes in, as OCSC forward Wuilito Fernandes had a goal chalked off on an apparent offside call. Had that one gone in, would the game have ended differently? One figures it probably would have, but as it was, the goal was disallowed and Tulsa romped. Juan Caffa scored a free kick midway through the first half for the Roughnecks, Chicago Fire loanee Joey Calistri added a counterattacking tally, and big striker Ian Svantesson scored a brace for the hosts.

It seems when Orange County, who have only lost two games so far this season, lose, they lose big. Both of their defeats have been to the tune of 4-0. What may be of greater concern is the week ahead — they’ve got another trip to Oklahoma at the weekend, against OKC Energy FC, but first they have their second round U.S. Open Cup game against FC Golden State Force on Wednesday. Will the Open Cup game give them a chance to get over the road loss from the weekend ahead of another big trip? Or will their recent futility in the USOC continue? All we know is that in USL, it’s hard to predict anything, and based on the results this weekend, that point was driven home.