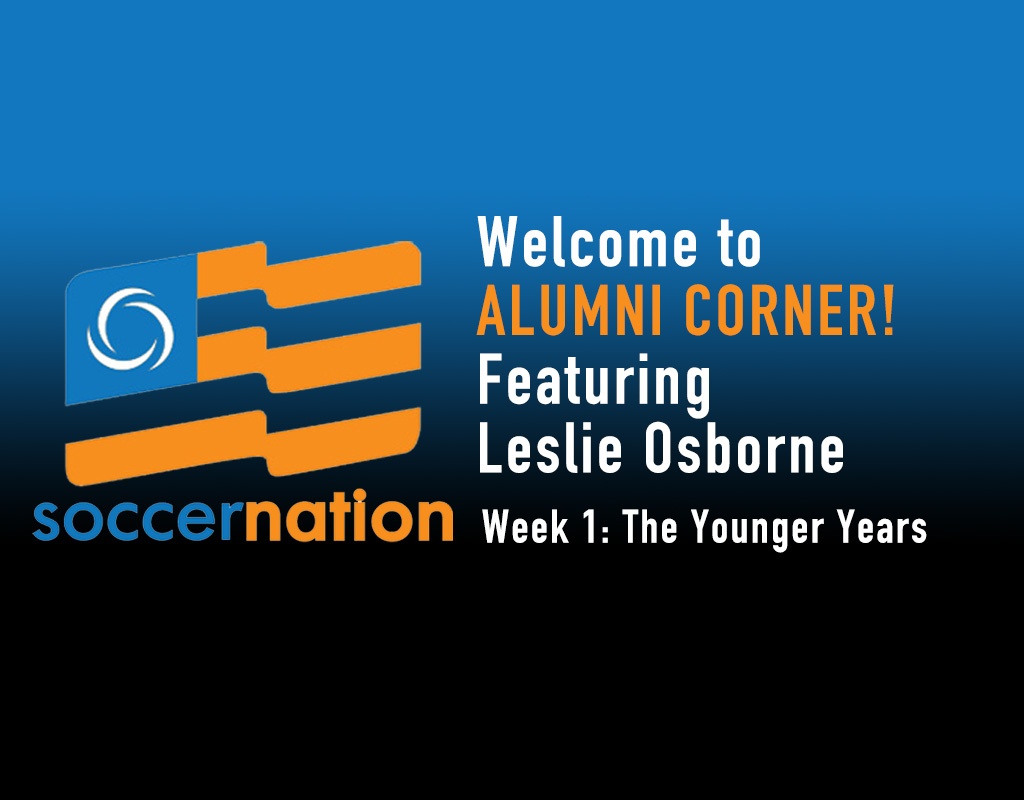 We are kicking off our newest SoccerNation feature, Alumni Corner, with a “NBD” type of player. She only played for youth national teams, an NCAA D1 powerhouse, USWNT, Olympics, and World Cup teams. No Big Deal, right?

Over the next few weeks, we’ll be talking all about Leslie’s playing career and her life after retiring from professional soccer. Her journey and accomplishments are astounding — you’re going to want to come back for weeks two, three, and four!

We will kick off Alumni Corner with Leslie’s younger years. Leslie was born and raised in Wisconsin. She said, “I grew up playing with my older sisters. I wanted to do whatever they were doing.” She added with a chuckle, “Typical little sister stuff.”

And It’s pretty safe to say she’s a Packers fan.

When Leslie was about ten years old, she described, her soccer talent become obvious. “From ten to about thirteen, I progressed pretty quickly. I was playing for FC Milwaukee, and I was always playing up a year or two.”

“the best thing I could have done”

Leslie doesn’t shy away from admitting that Wisconsin isn’t a “hot bed” for American soccer talent. She laughed and said, “Of course, Milwaukee isn’t like Southern California or some other soccer hot spot for talent. I didn’t have DA or ECNL or any of those systems that are around for girls now.”

I asked Leslie how she and her family found ways to develop and grow. “ODP,” she said bluntly. “It was huge for me. It’s such an important program for young kids, especially in areas where there isn’t a lot of high-level soccer.”

Leslie continued, “John Burke was my ODP coach. He was so important in my development. He made sure I was training with boys, too. When I got called into ODP, it was great. I was brought into the state and regionals ODP teams. That’s where I was most challenged. And that’s where I was scouted for the Youth National Team.”

Thanks Mom and Dad!

I asked Leslie if she played with FC Milwaukee for her entire youth career. With a sigh, she said, “No, my parents were awesome though. When I really started progressing, around 13 or so, it was pretty obvious that I needed a different environment. My parents were awesome. They drove me two hours EACH WAY to get me to Chicago Eclipse for training and games. Thanks , mom and dad! That is a huge sacrifice. My parents are awesome.”

In the coming weeks, we will go through Leslie’s high school, college, pro, and after-soccer years. It’s quite a ride (and it’s still going!). HINT: She’s a founder of an amazing company!

Thank you, Leslie, for taking the time to tell your story to SoccerNation families!