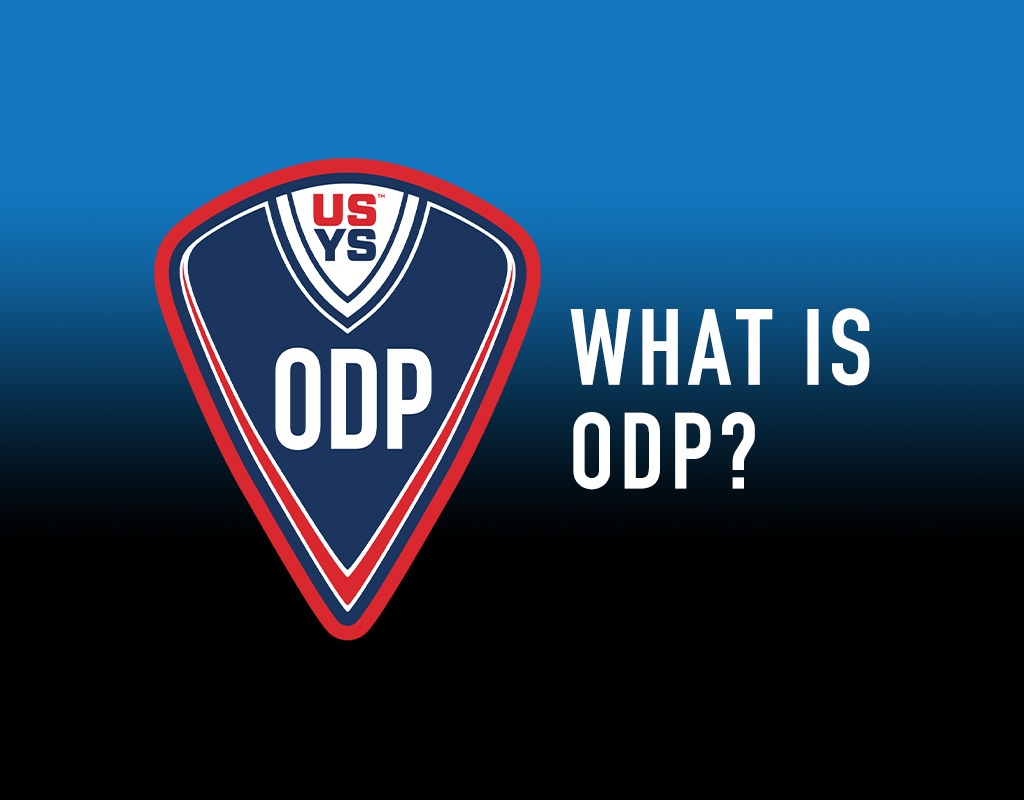 With so many leagues, levels, and programs around it can be difficult to understand them all. Let's have a look at ODP and see if we can make better

With so many leagues, levels, and programs around it can be difficult to understand them all. Let’s have a look at ODP and see if we can make better sense of it and where it fits in the US youth soccer landscape.

The Olympic Development Program (ODP) identifies elite players to train and compete against some of the best players from all over the country.

It is big! So big, it’s divided into 4 regions and 55 State Associations across the nation. That’s right: ODP covers the entire country. It offers top level coaching and the opportunity to be seen by MLS Academy scouts, US Youth National Team scouts and college coaches.

ODP continues to help talented players progress and is a hugely influential part of the soccer landscape in the US.  So. lets have a closer look at how it works…

The program is run through US Youth Soccer and, as already stated, has 55 State Associations.  California, Texas, Pennsylvania, Ohio and New York are each divided into two because of their larger population.

Particularly, in areas that do not have DA teams, ODP is a main source of elite level talent.  An example of this would be in Las Vegas which has a great talent pool but no DA Teams.  Daniel Leyva [16-yr-old, Seattle Sounders] was discovered through ODP in Vegas, for example. He didn’t have a DA near him when he was younger. ODP does not replace the club team but is in addition to playing club soccer. The CalSouth program has little to no fees for participation.

How do players get into the program?

Cal South players are scouted during their club season and at National and State Cup tournaments. The Cal South ODP program is referred to as Pro+. ODP is open to everyone playing in ECNL, US Club Soccer, and every local and regional league under US Soccer — basically any league that is not the the DA.

Cal South employs its own scouts. Players can be recommended by their Director of Coaching and Club Technical Directors, Club Coaches, Regional Staff Coaches, National Staff Coaches, ODP Scouts and Opposing Club Coaches. Some regions, though, run tryouts for their ODP programs instead of scouting. After the pool of players is identified they will go for trial to make what can be referred to as the “State Team”.  This team will have a camp to prepare for Regional competition against other state teams.

So, how good are the Cal South ODP Teams?

Arguably the best! The Pro + program is one of the strongest ODP Programs in the nation and has seen countless alumni go on to play in the Youth National Teams, Olympic teams and professionally over the years.  Last weekend’s West Regional Championships in Arizona saw the Cal South Pro + team win 8 out of 10 Championships against competition from the whole West Region of the country. Oh, and by the way they have also won 36 National Championships!

And after the State Teams?

In late January, the National ODP Team camp takes place to make up the best of the best in the ODP program that will compete against international competition, US Youth National Teams and DA teams.  For Example, this March, the 2004 age USYS ODP National selection will compete in Barcelona.

Hopefully, this makes ODP a bit clearer on how it fits into the landscape and more importantly how it provides great opportunities for elite players all over the country.