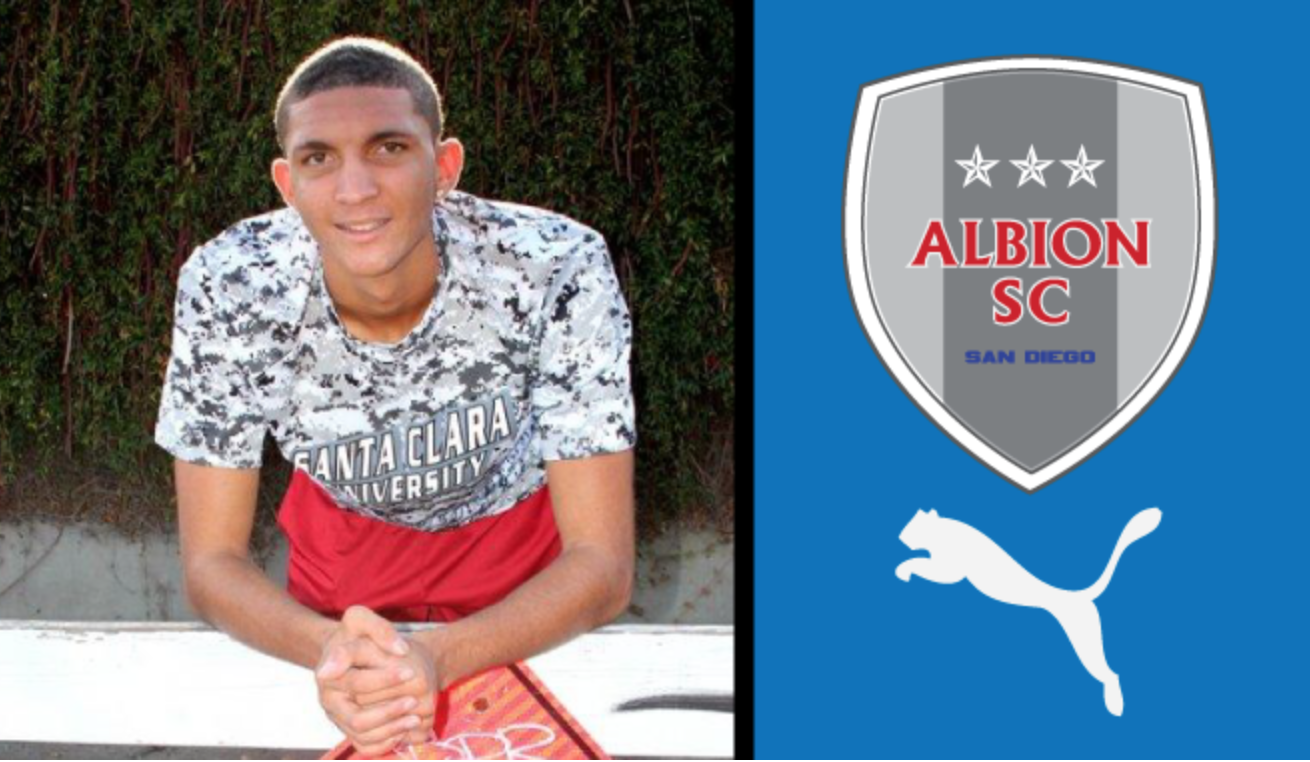 Getting ready to welcome the newest Broncos to the team, Santa Clara men's soccer welcomes Marcus Norris in the signing class of 2015. Norris is from

Getting ready to welcome the newest Broncos to the team, Santa Clara men’s soccer welcomes Marcus Norris in the signing class of 2015. Norris is from San Diego, Calif. and attended Helix Charter High School.

“I chose Santa Clara because of the academic excellence, the graduation rate, and the hire rate upon graduation,” said Norris. “Santa Clara has a great environment and the soccer program has a history of excellence. It is located in the Silicon Valley near family and friends.”

“Marcus is a goalkeeper with great length, not only in his height but his range to cover the goal.,” said Santa Clara head coach Cameron Rast. “He is a multiple sport athlete which has rounded him out as a competitor. Playing basketball has been great for his hands and footwork. Playing in the USYS National League has given him the top level experience he will need to perform at the DI level in college. We are excited to have the chance to work with him.”

Norris has played for the Albion Soccer Club since 2012 and played for the Manchester Soccer Club from 2009-12. He was also a Cal South ODP participant from 2009 to the present and in the Region IV ODP pool. From 2012-15 Norris was a USYS National League Participant and from 2010-14 played in the Surf Cup where his team was a finalist once and semi finalists twice.

He also played football, basketball and volleyball in high school. Off the field Norris was part of the Fellowship of Christian Athletes and Air Bands. He enjoys sports, hanging out with friends and sports medicine.