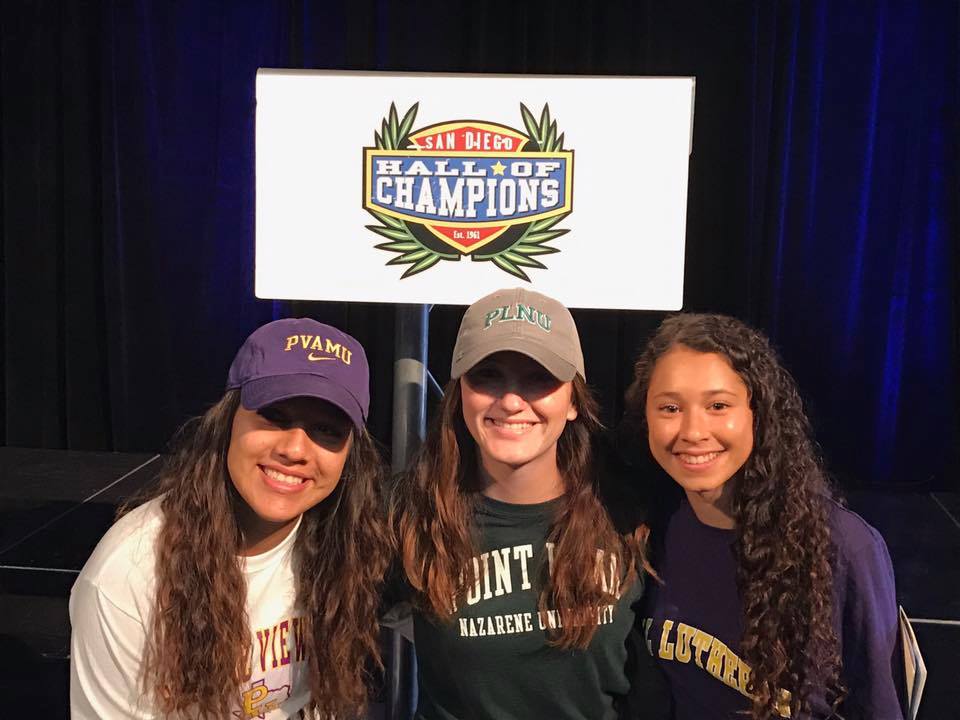 National Signing Day — when high school seniors announce and sign their letters of intent for college. An exciting time for players, their friends and family, and the youth soccer clubs that developed these players to become college worthy athletes. One of the top soccer clubs in San Diego, Albion SC had almost 30 players commit to colleges this year; an impressive achievement.

Watching a soccer player develop and grow, year over year, mentoring them until they move on to become a college athlete, must truly be a gratifying moment for a soccer coach and club. Investing in the youth of San Diego is what Albion does best, covering soccer fields in blue and white, developing players and achieving greatness.

Check out the list of Albion players below, these hard working athletes did everything it took to get them to the next level in their soccer path — who knows, the newest college recruits may even push themselves further to become the next generation of MLS and NWSL professional players. Anything is possible. 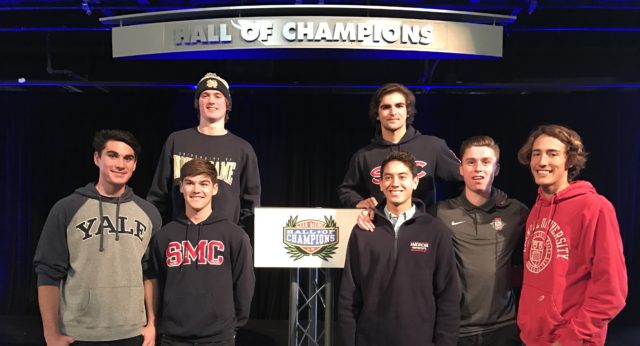 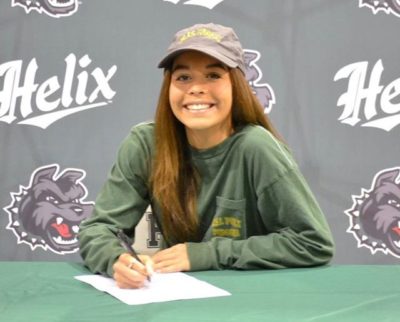 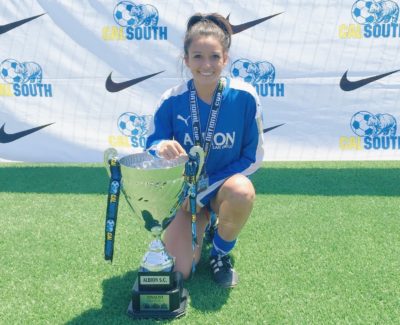 “I am very excited to attend Cal Poly Pomona,” said Llamas. “Jay, the head coach, and the girls made me feel welcomed and a part of the team when I went to Pomona on my official visit. The team has a special bond that I cannot wait to join. Not only is the environment of the school and the team completely perfect for me, but the distance gives me the chance to become independent while at the same time only being two hours away from home to visit with no problem. There are no words to describe how incredibly proud I am to be a future Bronco!”

Molina’s mother, Valerie Ohlson, is glad she will be so close to home. “She will get to have the whole college experience but still be close enough to come home on weekends and, being so close also means that I will be able to go to most home games.” 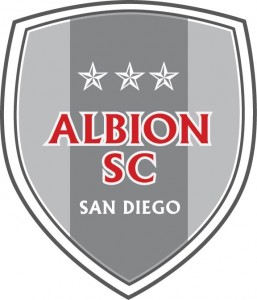 An added benefit for Llamas is being to attend Cal Poly Pomona with an Albion teammate. “I was thrilled when Devon said she was attending Cal Poly Pomona with me. It can be scary going into a new territory all by yourself so having someone not only from home but from my team is just a bonus. The chemistry we have on the field is amazing and I can’t wait to bring that on to the next level at Cal Poly Pomona. We have gotten closer over the past year, especially after committing to Cal Poly, and I just can’t wait to continue our friendship on and off the field at Pomona.”

Llamas attributes her Albion coach to her success. “Albion truly focuses on getting their players to the next level. From the intense, game-like training to the one-on-one communication, Albion focuses on each player throughout a professional environment to help them achieve their goals to develop their players highest potential. My coach, Tony Scheri, has taught me to work hard even when the situation is tough. He has pushed me to my limits, trained me to the max, and dedicated the time to help me achieve my goal of playing college soccer. I could not thank him enough for all he has done for me.”

And Llamas’ parents, Claudia Estrada and Ramiro Llamas, agree. “Albion is a great organization and it shows. Tony Scheri has been since the beginning someone we have gone to for advice and he really believed in Jessica. You can really tell has the best interest at heart for all his players with the ultimate goal of having them play soccer in college.”

Having played for Albion for the past 3 years, Molina’s mother, Valerie Ohlson is glad they made the switch. “Bringing Devon to Albion was the best thing I could have done.”

Jack Barone, Cornell University
“I am very excited to be attending Cornell,” said Barone. “It has been a goal of mine to play College soccer ever since I was little, and now I am able to do it at one of my top choices.” Although located on the East Coast, Barone feels very comfortable going to the Ivy League school. “I have visited three times and every time I have gone I loved it. The campus is very pretty and the students and players are very welcoming.”

Barona’s father, Mike, is very happy for his son. “He’s worked so hard in and out of the classroom to achieve this milestone. He will have an incredible experience in Ithaca and it will be amazing to watch him grow and take advantage of what Cornell offers. Go Big Red!”

Feeling comfortable and prepared for college is an important aspect to have to be successful and Barone feels just that, thanks to his soccer club. “Albion did a lot for me in preparation for college. My teammates push each other every practice and we played many games at the highest level, including two national championship appearances. My coaches have also done a great job refining my play and keeping me fit.”

Barone’s father also highly recommends Albion. “Albion’s track record speaks for itself. Jack’s team alone had several players who will continue their playing days in college and it is a testament to the program, and most of all the hard work each athlete put forth.”

Blake Moser & Franco Mestre – Saint Mary’s
“These players are great byproducts of Albion SC.  We are very proud of their achievement but always more proud of their commitment to Albion SC,” said Noah Gins, CEO/Executive Director, Albion SC. “They remained committed, loyal and were rewarded in the end.” Moser has been with Albion since 2009 and Mestre since 2010.

With the vast amount youth soccer players and colleges available, it’s a huge advantage for two teammates to be recruited for the same school. “These two players will work very well together and going together will give them a bit of comfort as they head into the unknown and out of their comfort zone.” 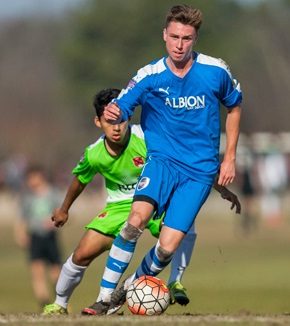 Attending a college “at home” is an added benefit. “Being able to attend a hometown university is just the best feeling in the world. San Diego is America’s Finest City and I have so much pride being able to represent my city.”

Sherlock is also thankful to have transferred to Albion two years ago. “Albion coaches gave me the best platform to continue to grow as a player and get all the college looks I needed. Without them I wouldn’t be where I’m at today.”

Sherlock’s parents Dan and Julie, are very proud of their son. “Reagan has worked so hard in both school and soccer.  We are proud that he has qualified to attend this amazing business school and be able to play in the PAC 12; the best soccer conference in the Nation. Go Aztecs!”

Matthew Massaad, Yale
Moving from the West Coast to the East Coast can make a big impact on a player’s performance. Massaad, is not worried about the transition. “I visited Yale twice. I was able to stay with one of the Yale soccer teammates both times and had an amazing time. My fathers family also lives in Boston so I have spent quite a bit of time on the East Coast. I am not worried about the weather at all.” 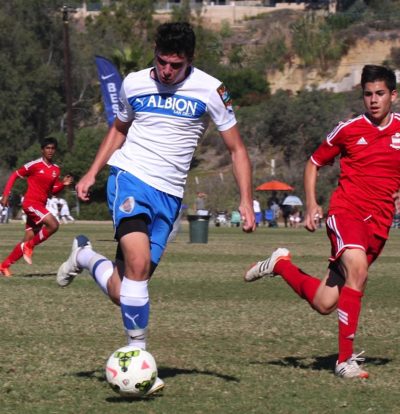 Massaad has played for Albion for 8 years, since he was 10 years old. “My Albion Coaches, Noah Gins and Andre Schmid, have played a huge role in preparing me for college. When we have trained for the National Championships we trained twice a day and we had to be not only physically prepared but also mentally. The intense training also helped me learn to balance soccer and school work.”

Massaad’s parents, Cari and Bassam Massaad are extremely happy their son will be attending Yale. “When he went to visit the campus and met the coaches, he knew immediately he wanted to attend Yale and play for those coaches. At Albion, he had amazing role models and support from his coaches and teammates so we feel very lucky he will have this same support while at Yale.”

Massaad’s parents also believe Albion played a big role in his college recruitment. “The tournaments Matthew played in allowed him to be seen by many coaches and Albion has such an amazing reputation. The Albion coaches helped him formulate emails, choose the schools that were appropriate for him and guided him through the process. We would definitely recommend Albion to players looking to become college athletes.”