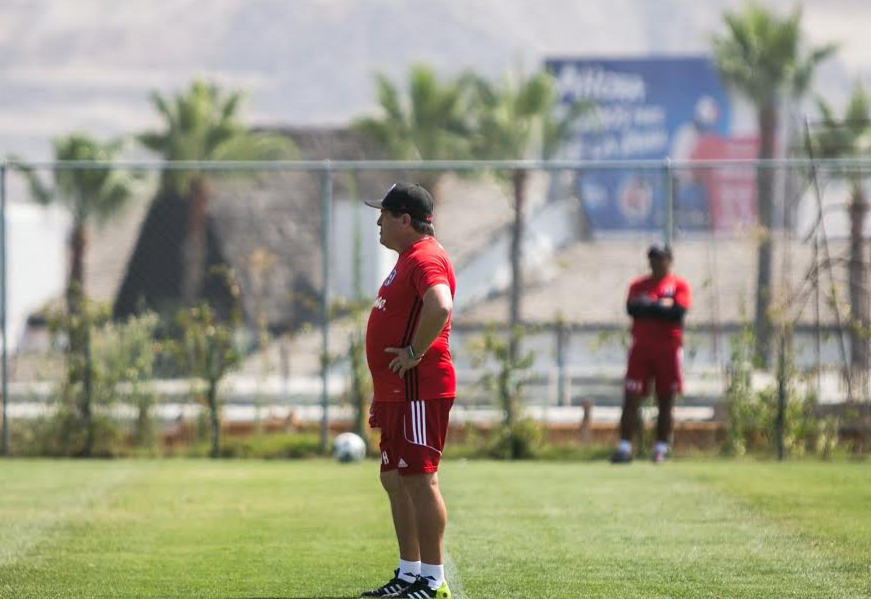 After helping his team earn six points in the first three matches of the Liga MX season, Xolos midfielder Guido Rodriguez is confident of continued success this weekend against Cruz Azul.

“We need to come out focused from the first minute until the end of the game,” stated the Argentine during a press conference on Wednesday. “We need to come back with those three points.”

Although the response from Rodriguez was unsurprisingly calculated and optimistic, there is reason to believe that the 22-year-old isn’t attempting to raise spirits or just give a non-sensationalistic answer. He is likely genuinely convinced that Tijuana is capable of a victory. Why wouldn’t he be? The team suddenly looked like it had one of the most lethal and effective attacks in Mexico during last Friday’s 4-0 win against Chivas.

Xolos not only racked up goals against Los Rojiblancos, but also did so while doing an excellent job of absorbing the opposition’s pressure. The victory was by far the most impressive at home in 2016 and arguably the best under manager Miguel “Piojo” Herrera.

Now up against a Cruz Azul side that has amassed three draws and just one goal scored, Xolos supporters and fans should undoubtedly feel excited for Saturday’s game in Mexico City. After scoring eight goals in three matches, Tijuana will be keen on finding the back of the net again and again against La Maquina.

Cruz Azul has only allowed one goal so far this season, but will be put to the test by the likes of Dayro Moreno, Gabriel Hauche and Aviles Hurtado. Moreno has been the most exciting of the three aforementioned names with his four goals scored in the tournament. As for La Maquina’s attack, there isn’t much threat from their frontline that has looked meager in the start of the competition.

Despite the fact that Cruz Azul has talented names like Joffre Guerron, Jorge Benitez and Victor Vazquez in the roster, the team has only been able to rack up one goal so far in the Apertura.

Another good sign for Tijuana is the availability of newcomer Hector Villalba. The 22-year-old Argentine is currently on loan from Atlanta United and is an exciting new option for Herrera in the attack. Adding another defender to the roster might have been a better decision for the Tijuana side that has occasionally looked troublesome in the backline, but many fans will not complain once the speedy winger gains minutes.

Although it is highly unlikely, there is the potential for Tijuana to take control of first place in the Liga MX this weekend. If the stars align with a loss for Pachuca, and Queretaro and Pumas fail to find victory, Los Xolos will be able to sneak into first place with a win over Cruz Azul this Saturday. Considering the fickleness and unpredictability of the league, a spot at first place means very little this early in the Apertura.

Even finishing in first place after the end of the regular season doesn’t mean much, just ask Monterrey.

As unpredictable as the Liga MX is, it appears to be safe bet that Herrera and his men will emerge from Saturday’s game with a win. Tijuana has momentum, a dangerous attack that has been boosted by the likes of Villalba and will be taking on a weakened opponent that has yet to gain a victory in the tournament.

With the recent win against Chivas now under their belts, Xolos should have plenty of spirit and drive heading into Week 4’s match.

Always looking for a good game or pint, sometimes both at the same time. When he's not trying to find a new bar to watch some soccer, he's usually writing at home and hanging out with his cat, DJ Cuddles.
Newer Post
U.S. Women Defeat France 1-0
Older Post
USWNT Cruises To 2-0 Win Over New Zealand In Olympic Opener