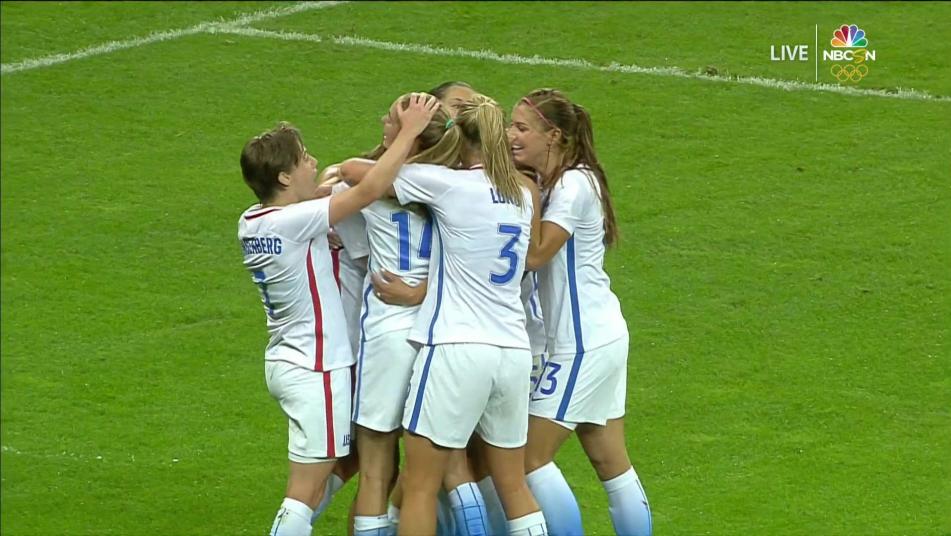 Facing the toughest opposition in their group at the 2016 Brazil Olympics, the U.S. Women's National Team defeated France, 1-0, in a crucial match.

USWNT Set For Tournament of Nations In San Diego & Los Angeles
USWNT Players pay Homage to the Legend that is Shannon Boxx
Mexico City (Part 2): Therapeutic Nostalgia at the Azteca

Facing the toughest opposition in their group at the 2016 Brazil Olympics, the U.S. Women’s National Team defeated France, 1-0, in a crucial match.

It wasn’t a classic USWNT win where they take an early lead and put it on cruise control. During extended portions of the second half France dominated the flow and pace of the match. If it wasn’t for the stellar play from USWNT goalkeeper Hope Solo, six saves total, the U.S. squad could have easily walked away with no points.

On the offensive side of the ball, Carli Lloyd provided the heroics with her second goal in as many matches. Tobin Heath created space for herself on the right wing. After a combination of passes from the USWNT inside France’s final third, an outlet pass was eventually played out to Heath. She took a touch before firing a blistering shot for the near post. France’s goalkeeper got a hand on the ball, which prevented it from going it, but the ball hit the post and bounced out to Lloyd for the tap in.

With a victory in their first two games, the USWNT head into the third and final group game against the groups weakest opponent, Colombia. Victory in that match advances the USWNT to the quarterfinals where they may face Sweden/China or Australia/Germany/Zimbabwe.