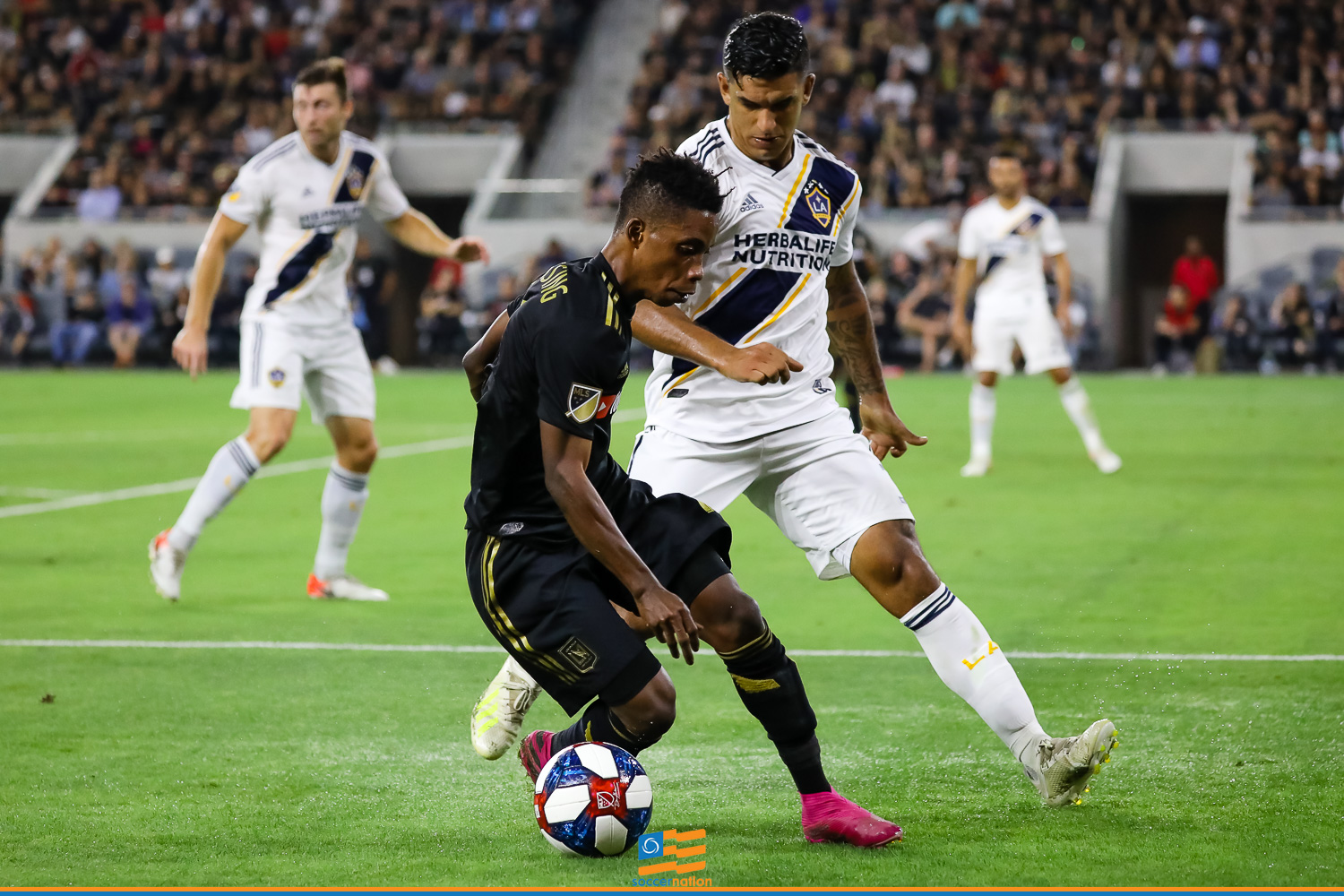 Why You Should Watch the Battle of Los Angeles Tonight

I’m speaking about today’s match in the MLS between LAFC and LA Galaxy. It represents the Southern California version of a classic rivalry. This rivalry may be just a few years old but it is a massive deal to the fans of each team as they seek bragging rights. In a broader sense this match is also a barometer for the level of football being played in the United States. I’d argue you could see this in the matchup of Portland and Seattle today as well. To understand the Battle of Los Angeles, let’s compare by imagining the Clippers and the Lakers in an NBA matchup. Big deal these days right? The LAFC vs. Galaxy rivalry is the MLS version.

LAFC has had much success since coming into the league three years ago. One question was if they would be able to overcome the Galaxy as the top team in Los Angeles. Their incredible supporters want to see themselves as the Kings of LA. It goes with saying the five time MLS Cup Champions LA Galaxy will have something to say in this rivalry. To LAFC’s credit in just a short time they have become legitimate contenders lifting the Supports Shield as MLS regular season champions. That is no small task. They also advanced to the knockout rounds of Concacaf Champions League against the heavyweights from Mexico. And in early 2020 they literally ended the Galaxy’s season with victory in the conference playoff. That is quite a list of accomplishments.

However, LAFC are yet to win a match at Dignity Health Sports Park, home of the Galaxy. Zlatan Ibrahimovic had his say in those matches last season with some incredible goals. While LAFC have spent majority of the time above the Galaxy in the standings one could think LAFC may have the upper hand in this rivalry. This is where it gets really good. In the most recent match from just a few weeks ago, the Galaxy soundly defeated LAFC at “The Banc” to halt the ascendancy of LAFC in this rivalry. The Battle for Los Angeles is absolutely massive to both teams fanbase. The true fans like the LAFC supporters club The 3252 will be supporting from a distance, something we are all getting used to in the Covid era. Can LAFC win away to LA Galaxy?

The Galaxy are on a three game win streak and LAFC crushed San Jose 5-1 in their most recent match. So both teams are in good form coming into today’s match. This is a great game to watch as the winner will see themselves go ahead of the other in the standings. Currently, LAFC have a single point advantage in the Western conference table. Where will bragging rights after the latest Battle of Los Angeles? We will find out tonight! (The match will be live on youtube.tv at 7:30PDT)

Newer Post
MLS NEXT: Major League Soccer picks up the reins at the top of boys’ youth soccer in America
Older Post
Checking in with Arizona Arsenal, Back on the Fields