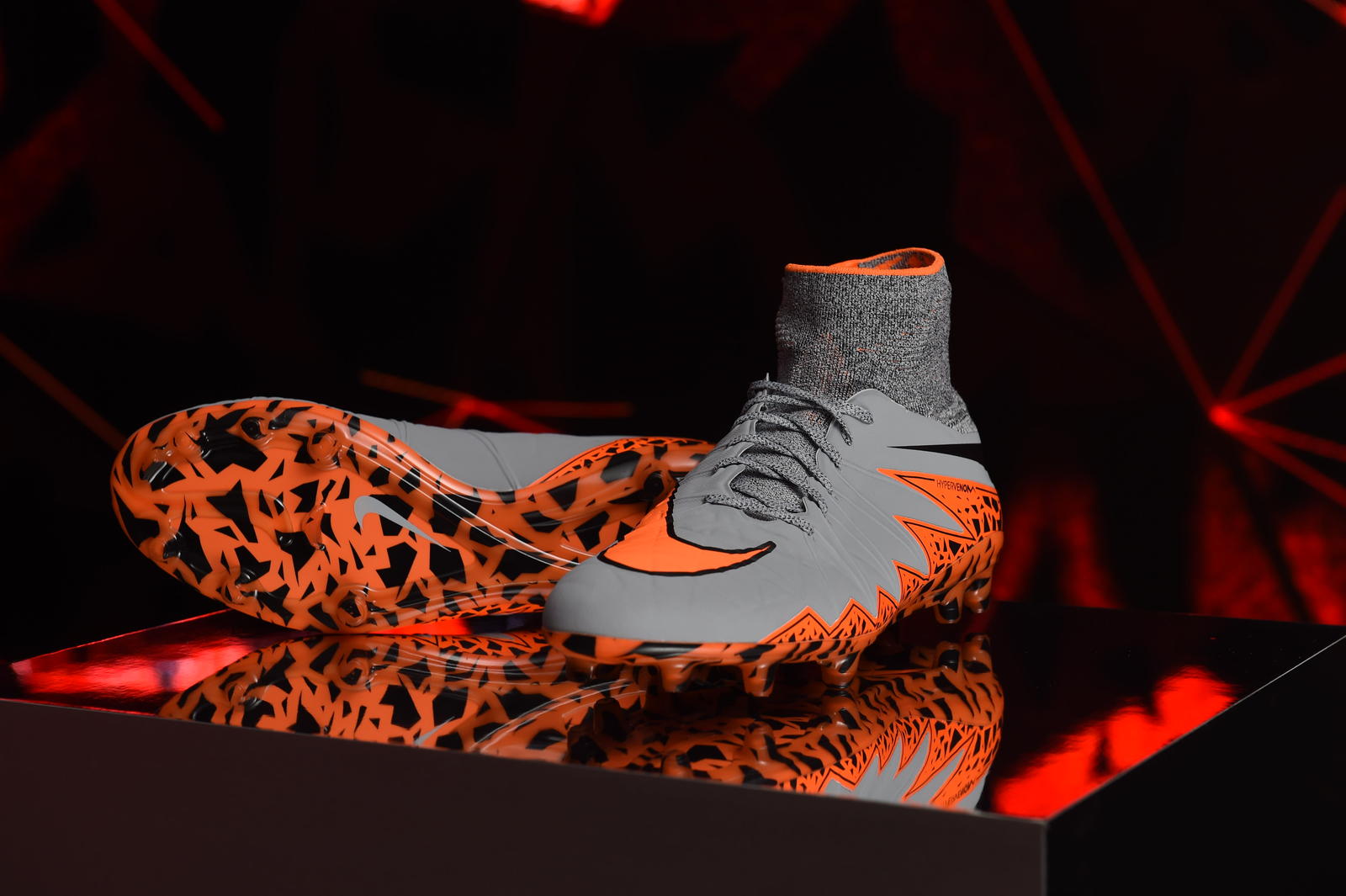 Nike has revealed the latest link in their chain of elite soccer cleats, the Hypervenom II. The second iteration of the Hypervenom collection has been two years in the making and boy was it worth the wait. Featuring a Flyknit Dynamic Fit Collar around the ankle similar to the Magista Obra and Mercurial Superfly, and enhanced Nikeskin with a Flywire outer layer, these cleats are crafted for attackers who are deceptive by nature. 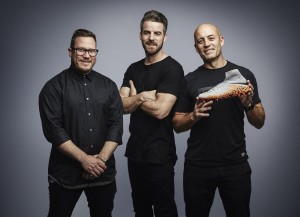 Nike Football product designers Nathan VanHook, Phil Woodman and Max Blau are the men responsible for this awesome new creation. They began their research by having members of their team wear white socks which were then spray painted with their feet in various soccer-specific positions. Doing so allowed VanHook, Woodman and Blau to quickly recognize prominent flex grooves when the foot was unflexed. This information was quickly passed along to Nike’s Sport Research Lab for further evaluation which led to innovations included in the Hypervenom II.

The focus for the Nike design team when creating the new Hypervenom II was on the fit of cleat, the traction on the playing surface, the touch on the ball, and stylistic innovation.

[quote_box_center]“Players loved the original Hypervenom, but that doesn’t mean we can’t do even better. We’re not afraid to make as many changes as the boot needs to be the best.  The kind of players who wear Hypervenom would expect nothing less.” – Max Blau, VP of Nike Football Footwear[/quote_box_center] 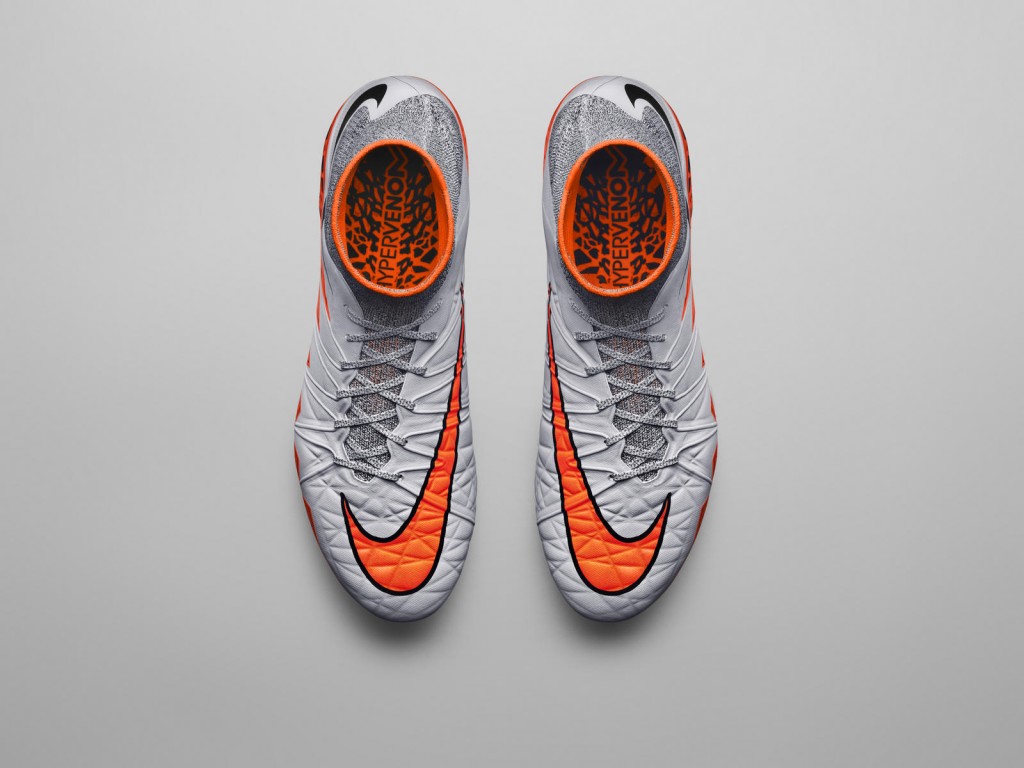 Also new to the Hypervenom II is Nike Flywire. This technology that is used in Nike running shoes as well as the Mercurial Superfly cleat line, provides lightweight strength and a lockdown fit. The Flywire wraps around the upper of the cleat and locks the player’s foot into the cleats to prevent slipping. This added support allows for improved movement and helps make the cleat feel as if it is a true extension of your leg.

Instead of the uniformly dimpled upper of the original Hypervenom, this rendition uses responsive loft mesh of varying density levels for better touch on the ball. NikeSkin and All Conditions Control (ACC) texture provides players with ultimate control in all weather conditions.

While Nike’s designers have kept the stud placement and “cleft toe” design of the original Hypervenom unchanged, the Hypervenom II utilizes a softer compound than the original for better comfort at the request of top players. The soleplate on the Hypervenom II is also one of the focal points of the design featuring a stunning wrap-around graphic that splashes onto the bottom sides of the cleats.

Visually, the design of the Hypervenom II is one of the most aggressive Nike has ever released. The bold and edgy look features a zig-zag design on the sidewall of the cleats that represents the zig-zagging movement of the players who wear them. The spotted graphic beneath the zig-zag is reminiscent of some of the world’s most venomous creatures. Standing on grass, the graphic is mostly hidden by the landscape but then revealed when you begin moving. 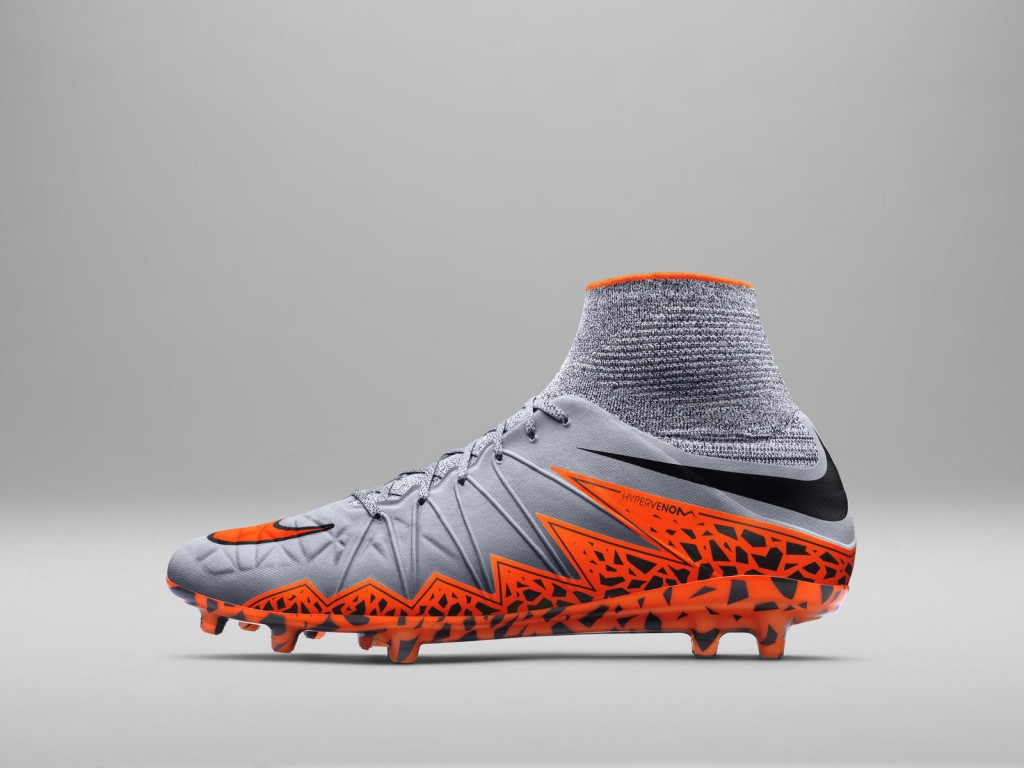 [quote_box_center]“We draw great inspiration from nature. With Hypervenom II, we focused on a variety of animals that carry special coloring on their underside, often indicative of poisonous capabilities. They may look innocent at first glance, but have these colorful prints one might not see until it is too late. We brought this ‘belly of the beast’ aesthetic to Hypervenom II to leave a strong impression on those left in the player’s wake as he maneuvers past them.” – Phil Woodman[/quote_box_center]

Hypervenom II on the Pros

While Neymar and Rooney were the first to lace up the original Nike Hypervenom cleats, the most lethal strikers from all around the world are now trusting their game to these revolutionary new cleats. The latest roster of Hypervenom II athletes includes Neymar, Wayne Rooney, Robert Lewandowski, Harry Kane, Edinson Cavani, Wesley Sneijder, Danny Welbeck, Alex Morgan and others. 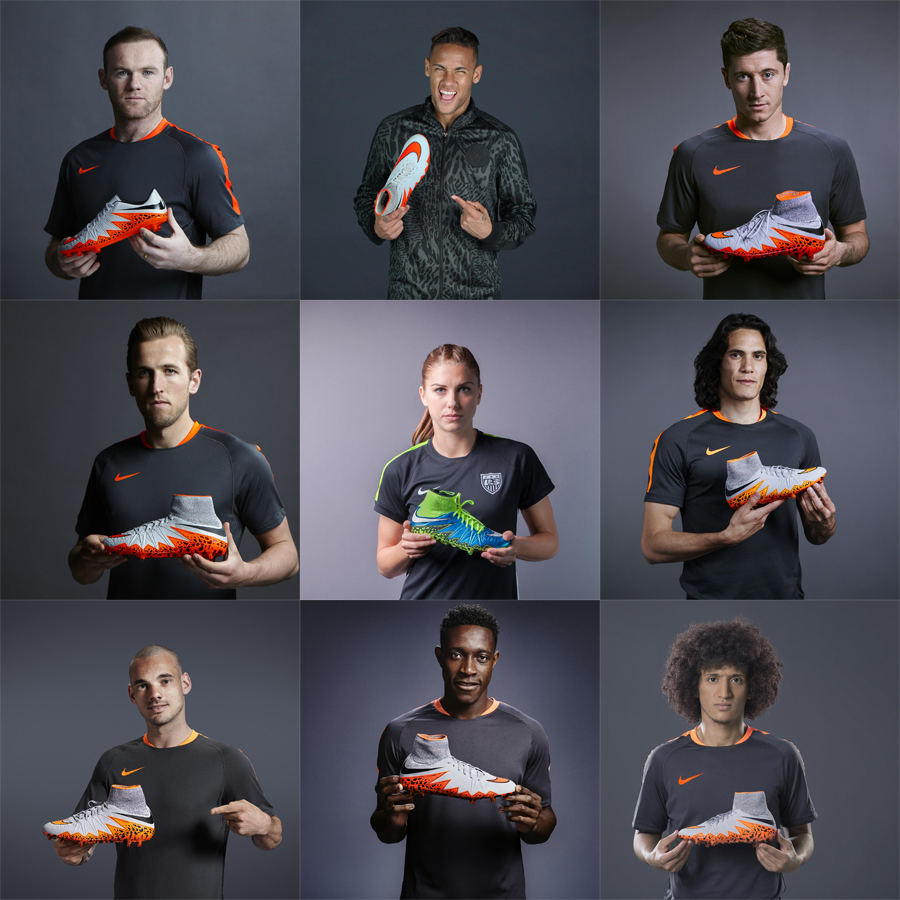 The Nike Hypervenom Phantom II cleats will be available at soccerloco.com on May 27th and in-store beginning June 4th.