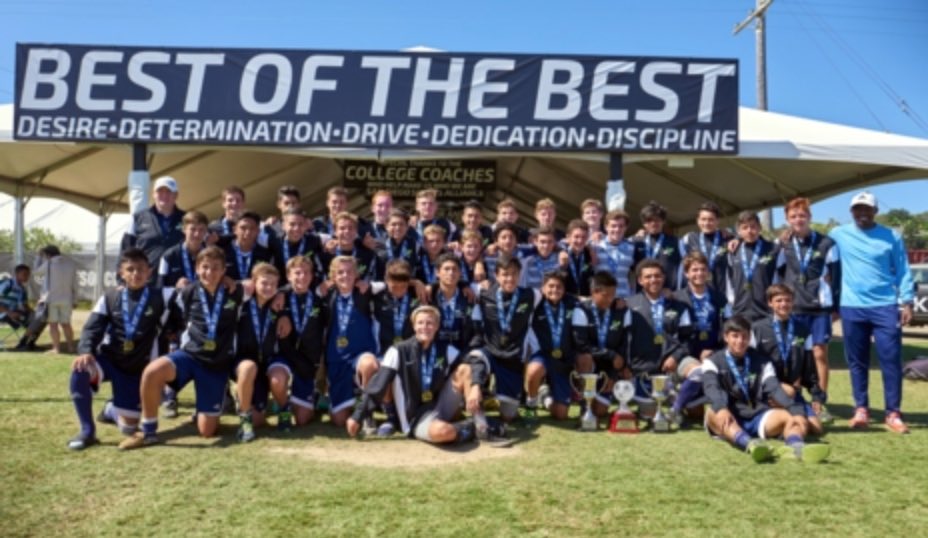 West Coast FC teams BU17 Oliver Wyss/Bryan Wallace and BU16 & BU15 Neil Armour were all crowned champions at the 2015 soccerloco Surf Cup! All three teams advanced from group play as the top team in their bracket. The winning streak continues for the BU17’s as the current 2015 Cal South National Cup Champions. In addition, the BU17 and BU15 teams recently qualified for the quarterfinals at the Western Regional Championships in Boise, Idaho.

The BU17 team is coached by West Coast DOC Oliver Wyss and Staff Coach Bryan Wallace. Both coaches are no strangers to winning at all levels of youth soccer, and soccerloco Surf Cup is no exception to the list of already incredible accomplishments made by this team which is no doubt quickly becoming a national threat.

The BU16 & BU15 teams are coached by the exceptional Neil Armour, 2013 Cal South Coach of the Year. Both of his teams taking the title at Surf Cup is an amazing display of talent and having to coach two teams to the title is an incredible accomplishment in itself. Congratulations to all three teams, parents and coaching staff.

soccerloco Surf Cup attracts over 100 college coaches and professional scouts from all over the United States, Mexico and Canada.

Maria is a sports journalist for soccernation.com. She is from Brasil and grew up there until coming to the U.S. for college. She is passionate about soccer, her favorite team is the Seleção, and she also likes to surf.
Newer Post
Dos Santos to debut for Galaxy against Central FC
Older Post
U-18 WNT goes to Mexico for training camp and matches against U-20 Mexico National Team