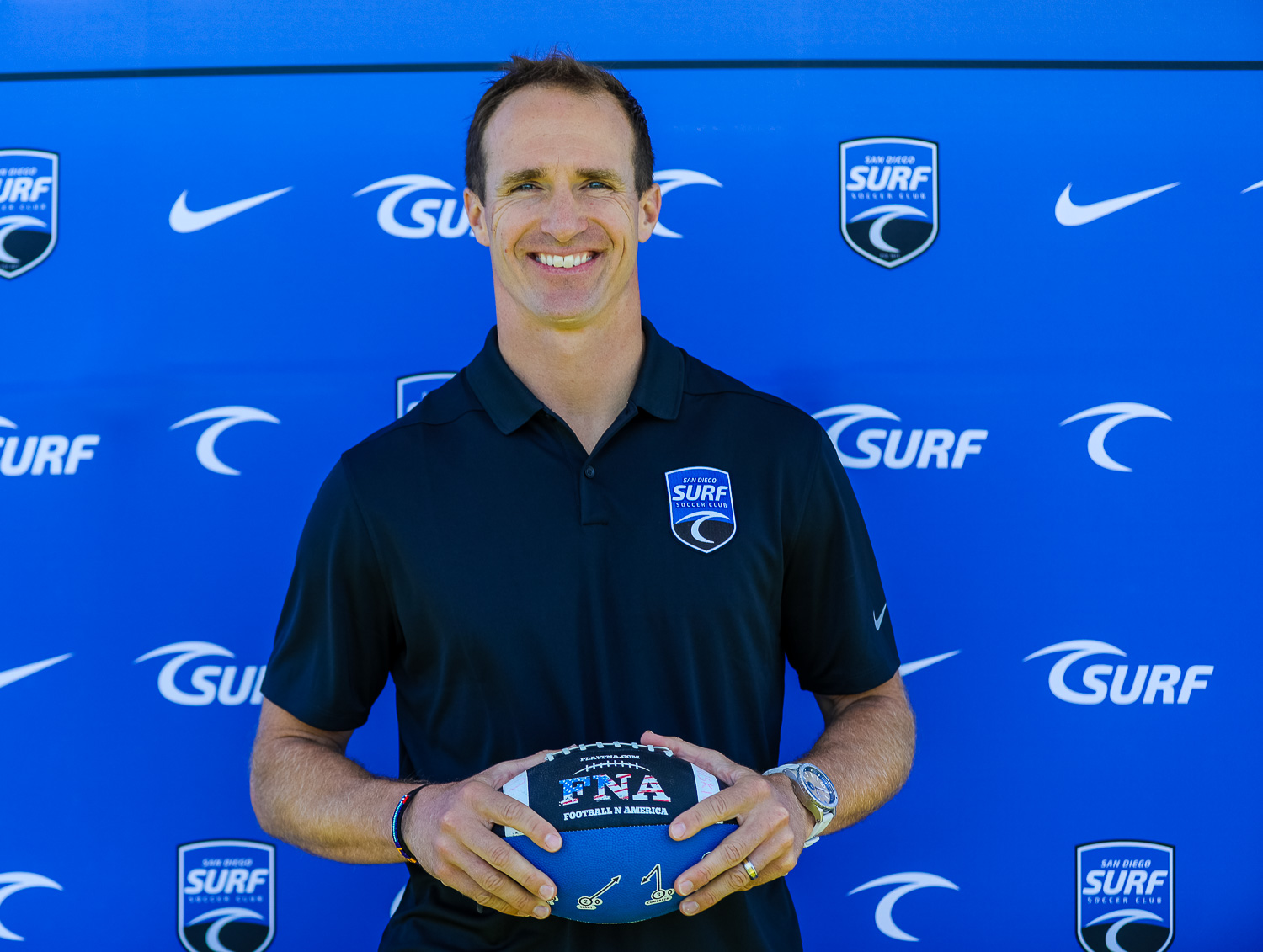 When Drew Brees went off Purdue University, he thought he was going to get to play college football and get a great education. After graduation, he would jump into a business career. He never imagined the sport of football would take him as far as it has. Drafted in the second round by the San Diego Chargers in 2001, Brees has become one of the NFL’s finest quarterbacks. He has also put down deep roots in America’s finest city. Those roots now include a significant partnership and investment in Surf Sports of San Diego.

At Surf Sports’ flagship Del Mar facility, under a crystal blue sky, with a perfectly mild sea breeze rolling off the nearby pacific, Brees and Surf executives together made their big announcement: Drew Brees is now a strategic partner and investor in Surf Sports.

Brees described to local media, “I drive by these fields every day with my kids. … It’s the premier sports facility.” He told Fox 5 San Diego that when he’s done playing football, whenever that may be, San Diego will be his family’s home. His partnership with Surf Sports will be a big part of his life now and after football.

What does this new partnership mean for San Diego families?

What does this new partnership mean for San Diego families? Surf Sports CEO, Brian Enge, told SoccerNation, “Drew now has a seat at the table. He will be part of our leadership team, crafting our strategy and creating opportunities going forward. We are always looking to improve, and we know his point of view as a professional athlete will help us in creating the right opportunities for kids and families as we plan for a bright future.”