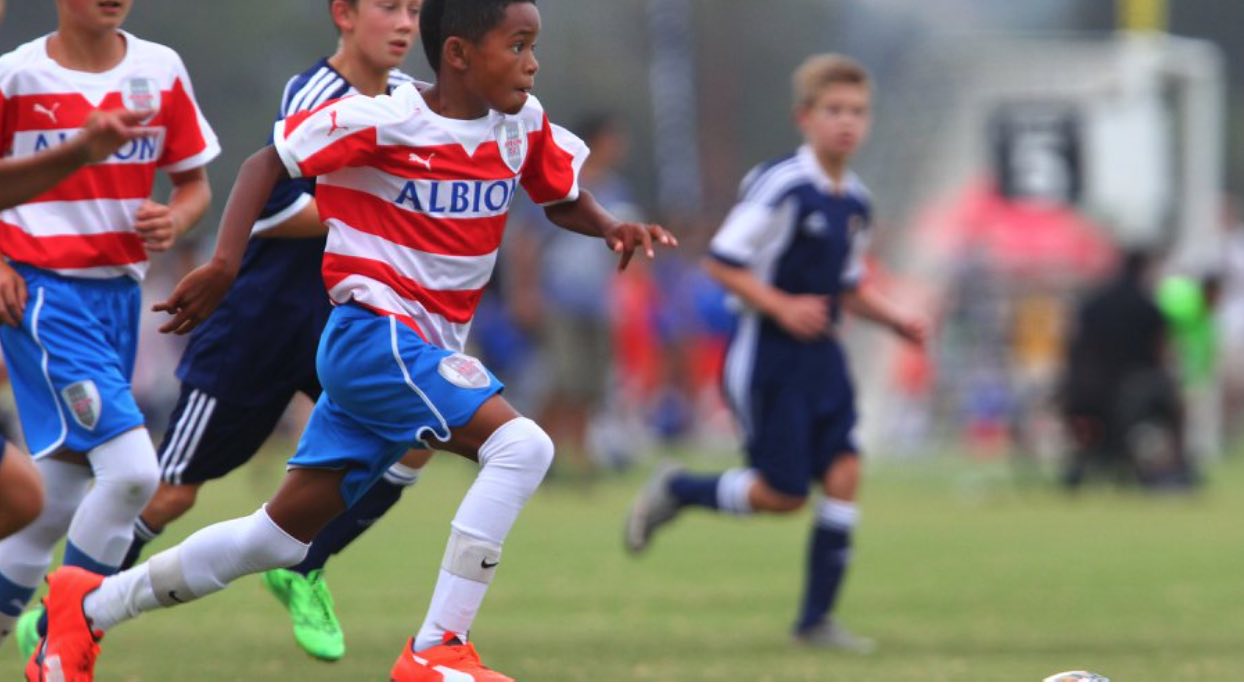 Albion team back for more at soccerloco Surf Cup

Ethan Dorrell and his teammates from the Albion U11 boys soccer team got an extra kick seeing a graduate of their club debuting for the Los Angeles Galaxy of MLS before they began their title defense in this year’s Surf Cup elite tournament.

For a model, the youths can turn to Albion alum Ariel Lassiter, 20, who was called up from the Galaxy II roster to play against Barcelona on July 23.

[quote_box_center]“We watched Ariel Lassiter play (on television), and it was awesome,” said Dorrell, an Albion mainstay at midfield. “I can’t even think of the words for it. It just makes you want to play harder.”[/quote_box_center]

For their part, the Albion U11 boys also have enjoyed success. They began their championship defense with a 2-0 victory over a team from Scottsdale, Ariz., at the San Diego Polo Club on Saturday. In a second game, Albion lost 2-0 to a squad from Irvine.

Albion took the championship a year ago with eight players per side in the tourney’s youngest age group. In its debut tourney with the full 11 per side, the San Diego team won the Dallas SuperCopa Cup in June. Then it followed with the title in its own Albion tourney.

[quote_box_center]“They’re in the top one percent of their age group right now in the country,” said Albion U11 coach Wayne Crowe, also the club’s director of soccer. “Really, it’s just a case of sustaining that and keep it going forward. They just have to continue to work hard and enjoy the game.”[/quote_box_center]

Albion is represented in all the boys divisions from U10 to U14 in the weekend for younger teams at the Surf Cup, which continues through Monday. Also, the club has its U14 girls in competition at the SoCal Sports Complex in Oceanside.

To open the scoring in Saturday’s first game, Albion U11 benefited in the fifth minute from an own goal following a corner kick by Jack Bowers. Massimo Erfani added the second score off a rebound four minutes into the second half.

[quote_box_center]“Since we’re the defending champion, we want to win again,” said Bowers, who converted the only goal in the Dallas SuperCopa final. “The last two tournaments have helped us, too.”[/quote_box_center]

Ten of the Albion’s players are back from last year. Among the newcomers is Erfani.

Dorrell, who scored two goals in the Albion Cup final, sees many ingredients contributing to the team’s accomplishments.

Plus there’s the example of a certain Albion alum.