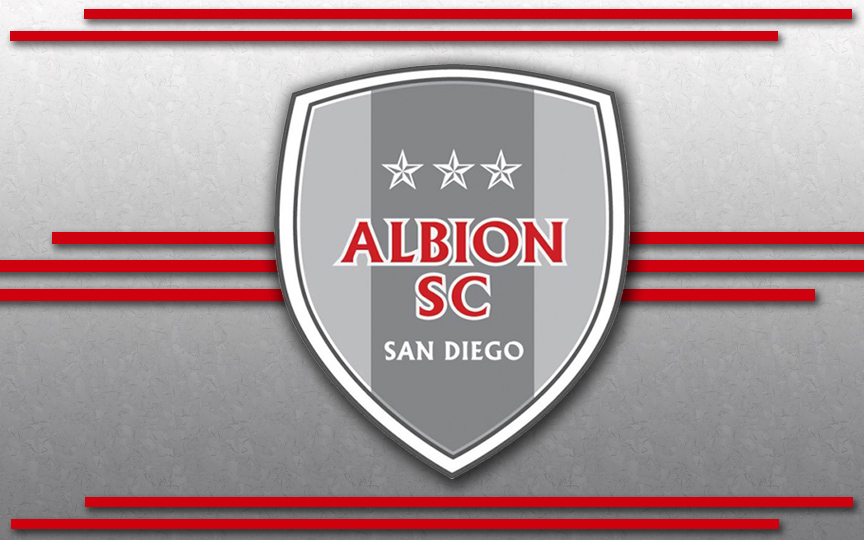 Albion SC PROS were on the road Saturday as they took the 5 Freeway North to Irvine to meet up with Orange County FC, one of the last two undefeated squads in the National Premier Soccer League Southwest Conference.

The PROS were looking to close the gap in the table between themselves and the three clubs above. By turning this visit into a win, the PROS climbed within one single point of the third position. With a combination of results in week 15, Albion may even be able to take sole possession of 3rd in the league by this time next week.

With a few alterations to the squad by gaffer Ziggy Korytoski, most notably in goal, the PROS sent out a somewhat different lineup than what we are used to seeing. The net was to be protected by the hands of Kyle Jackson. Felipe Liborio and Michael Turner anchored the midfield with a few fresh faces alongside them, Nano Pereira and Justin Villareal.

The affair could not have started worse for the PROS. It took only three minutes for Orange County striker Alessandro Canale to open up the score with his first of three on the night.

Albion continued play, as they are known to do, winning the midfield skirmishes and creating chances with give and go runs. League leading striker Amani Walker had already knocked on the door when OCFC’s Canale found his second after some confusion inside the PROS goal area.

The match continually grew in intensity as both sides pressed on, pacing up and down the pitch creating opportunities almost at will. Once again though, Canale would beat PROS keeper Kyle Jackson with a solo strike from 25 yards out just before halftime.

Generally, a scoreline of 3-0 at the half would indicate a one sided affair, that being the case for the most part, this was a tricky score to understand for those who were not in attendance. The PROS did not play a disastrous half that merited to be down by three. But, as we all know and have learned, the game is not won based on attempts alone. One this day, OCFC took full advantage of all three of their trips to the PROS final third and converted.

“We just didn’t think the effort was good enough, not just me, they knew it. They were just out-competed”, said Korytoski about the half. “If we’re going to be a team that can make a run, we need to make sure we at least bring the energy. It was inexcusable”.

The words rang true and seemed to have hit just right for the PROS in the second half.

The second half got underway and Albion were quick on the attack. Amani Walker came close just five minutes in when he connected with his head towards the OC goal, the ball was deflected on the line, quite possibly with a hand. No call. A reoccurring theme for the PROS all season long.

In the 56th, Walker was not to be denied again. A magnificent, world-class strike from about 35 yards sparked the beginning of the comeback.

Albion maintained the intensity with every attack and the second goal looked imminent.

In the 69th, a foul outside the OC box was given in favor of the PROS. Walker took the size 5, placed it to his liking on the scorching surface, took his steps backwards, lined up and took the strike. Another brilliant goal for Walker from distance and one goal closer to equilibrium.

30 minutes were left on the clock for the PROS to tie and culminate the night with a spectacular and seemingly impossible comeback against one the Southwest’s best.

Roaming into the 80th, Liborio was pressing and making his way into a busy OC box and was brought down. This time the referee signaled and called a penalty for the visitors. Kuba Waligorski, an expert spot taker, had the honors from the mark. 3-3. A magnificent 10 minutes were in store for all those in attendance witnessing a championship caliber match between two sides who are sure to bring sparks and enticing football into the next round.

Tre Hayes and Amani Walker were now serving as massive targets for long balls, two towering figures looking to play as posts for the onslaught of runs and balls being played behind the backs of OC defenders attempting to get ahead of Hayes and Walker and clear their lines.

As the 90th came, four additional minutes were given. Into the third minute of added time, Walker found Tre Hayes to complete the unbelievable comeback.

A massive win for Albion.

“It was fun. The boys worked hard and made the most of the second half”, said the gaffer of the incredible display in the second half. “We weren’t going to be denied today”.

So what does this mean for the PROS? Well, for one, Albion is now only one point behind Orange County FC, who earned their first loss of season, and dropped to the third position with 29 points. OCFC will travel to Chino to face Sports Club Corinthians USA next week. On paper, Orange County should have no problem coming out with a win, but if an upset is on the cards, Albion will have the opportunity to jump up a spot.

Second, the PROS took another undefeated squad down, having previously dethroned Riverside Coras, and maintained their impressive 8 game streak without a loss. Consistency has played a major key in the success for the PROS and Korytoski has been the driving force behind this late season surge. The PROS never play for a draw or let the reigns down. The team has adopted Korytoski’s style of attacking, fast paced, attractive and winning football.

Third, the PROS now head back home. Having only lost one match of seven in Pacific Beach, Albion live in a fortress that is Mission Bay Stadium. Being the last match at home before a playoff run, it is surely a great way to give San Diego a lovely regular season sending off.

For the time being, the win was to be enjoyed and rightfully so. Another important victory that maintains the momentum heading into the business end of the season.

“We’re going to enjoy this one for tonight”, said Korytoski. “We left a thrill here in Orange County and we’ll be bringing it home and hope to entertain again next week”.