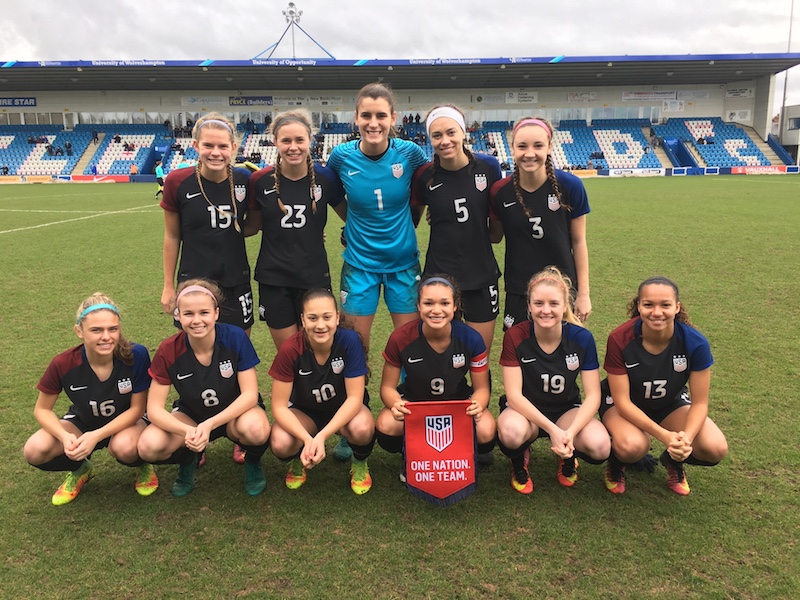 While U.S. Soccer is currently focused on the 2017 CONCACAF U-20 Championship, a second CONCACAF Championship is set to kick off in a few weeks this time at the U-17 age group. Over in England, the U-18 Women’s National Team wrapped up its trip with a draw against England. To keep you up to date with the best in local talent, we’ll be dropping these U.S. Youth Soccer Updates to keep you informed.

In preparation for the upcoming 2017 CONCACAF U-17 Championship, U-17 Men’s National Team head coach John Hackworth has named a 26-player roster for a domestic camp that will feature two friendly matches against the Honduras U-17 team. Two California natives were named and they are defenders Jean-Julien Foe Nuphaus (Unattached, San Jose) and Arturo Vasquez (FC Golden State; Mira Loma). Nuphaus is currently with Hoffenheim in Germany.

The U.S. has been paired in Group C with Jamaica, Mexico, and El Salvador. The tournament is being held in Panama from April 21-May 7. Four teams from this tournament will advance to the 2017 FIFA U-17 World Cup in India.

The U-18 WNT wrapped up its trip to England with a draw against the hosts. Previously, they had defeated England 3-1 and Norway 5-0. The purpose of this trip for U.S. Soccer is to identify players who will form the core of the group that will attempt to qualify for the 2020 FIFA U-20 Women’s World Cup.