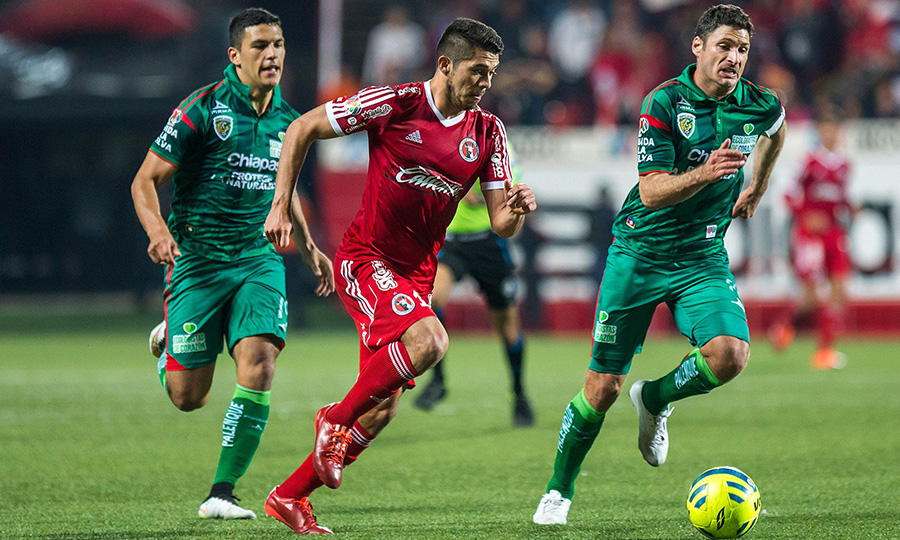 Club Tijuana returns home Friday, looking to snap a four-match winless streak. The good news for the Xoloitzcuintles is that they’re back at Estadio Caliente and had the international break to put in work on the training ground. The bad news is that they’re playing Club America.

America comes in sitting fourth in the Liga MX table and is one of the most talented sides in the league and boast plenty of challenges for Tijuana.

Xolos defenders will have to cope with familiar face Dario Benedetto. The former Tijuana striker, and recently naturalized Mexican citizen, moved to the capital club in the winter and has continued to show the scorer’s touch he displayed on the border. Benedetto leads America with seven goals so far this season, while Oribe Peralta, one of the hero’s of Mexico‘s 3-2 extra-time victory against the United States in last weekend’s CONCACAF Cup, has six.

Perhaps the biggest hero of the Mexican triumph , winning-goalscorer Paul Aguilar, is set to take his place at right back for the visitors in front of goalkeeper Moises Munoz, who was the shot-stopper for El Tri in that contest. Munoz now has a more complete back line in front of him after missing out on Paolo Goltz and Pablo Aguilar because of injuries.

Estadio Caliente had been a fortress for the Xolos in previous tournaments, but home fans have watched the team fall three times this season. Tijuana has drawn its last two matches at home. But the team is hoping to get a boost not only from its fans but from the time off it had to work on becoming a more cohesive unit.

Though the team is seven place back from the eight and final Liguilla spot, it is only four points from the team sitting in that position. A late run could vault Tijuana into the playoffs, which the team is trying to focus on.

For Tijuana to do that, it will have to play a full match. Too often this season, the club has started strong and faded or revved into action after the match already had passed it by. Manager Ruben Omar Romano, under pressure with the club continuing to struggle, will hope his men start brightly and go all 90 minutes. If not, the Liguilla dream will begin fading.