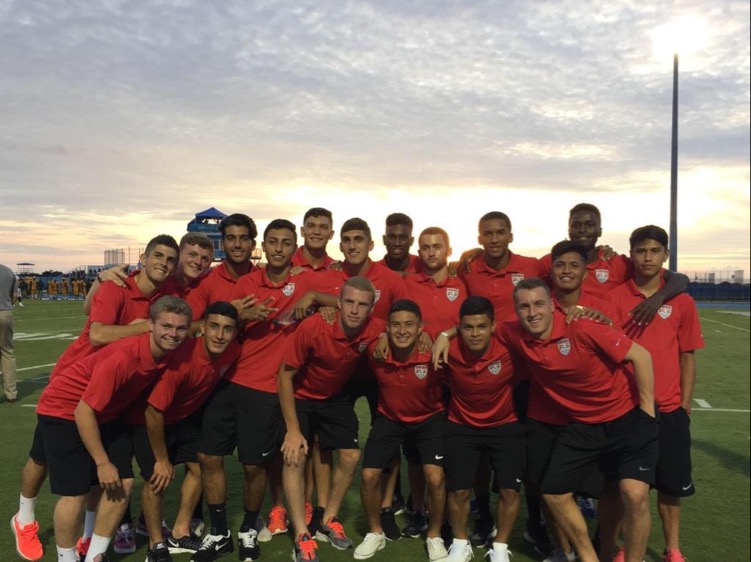 U.S. U-17 MNT kicks off U-17 World Cup campaign against reigning champions Nigeria

U.S. Men’s U-17 head coach Richie Williams has brought an extremely talented and diverse team to Chile to take part in the 2015 U-17 World Cup, but the draw has done the United States no favors.

The United States will have their hands full as they look for a way to advance out of what is a truly perilous group. Surf Soccer Club and U.S. U-17 defender Alexis Velela spoke exclusively to SoccerNation.com about the upcoming World Cup.

“Being with the national team is always great. It’s always an honor to put that jersey on. They’re will always be pressure on us going into a World Cup. Representing your country at a young age is always exciting because we want to be the best.”

Wise words from a young man understating the scope of the task at hand. In order to be the best, the U.S. will have to beat the best. The first word that comes to mind when describing Nigeria’s track record in the FIFA U-17 World Cup is “glorious.” No other country has won the tournament as often as the Golden Eaglets (four times) and only Brazil can match their seven semi-final appearances.  Croatia is extremely efficient and is highly technical in their play. Hosts Chile will have the support of an entire nation behind them.

The opportunity to play against the world’s best competition will provide a wealth of experience for these budding young stars. Some members of the U.S. roster, such as Haji Wright and Alexis Velela, have already signed professional contracts, but the majority of this squad are technically still amateur players, albeit with very bright futures. In light of recent the recent struggles of the United States Men’s National Team, who are winless in four straight matches, the U-23 MNT team whose Olympic opportunities are still hanging on by a thread, and a U-20 MNT team who battled valiantly but were defeated in the quarter-final round of the U-20 World Cup in New Zealand, the United States as a soccer nation will be looking to this U-17 team for some reassurance that “the program” is not doomed. Now it is time to see how our next generation matches up to what the rest of the world has got to offer.

The odds of escaping the group are stacked firmly against the United States. For the young men on the U.S. roster, this tournament is an opportunity to pit their skills against the cream of the world’s crop. It is an opportunity for them to gain new experience and to learn more about what it takes to truly make it as an elite soccer player. Winning at the U-17 level does not guarantee future success, and falling short of the knock-out round does not mean that this country is headed for the dark ages. All we want to see is the best that these U-17s have to offer.

You can watch the U.S.A. take on Nigeria on Fox Sports 2 at 4:00 Eastern Time 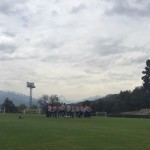 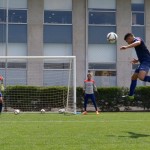 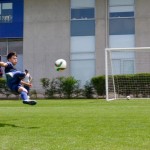 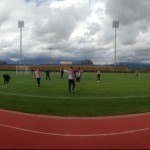 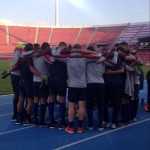 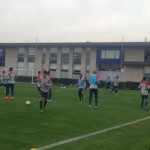 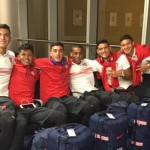 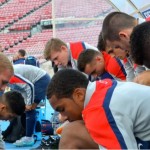