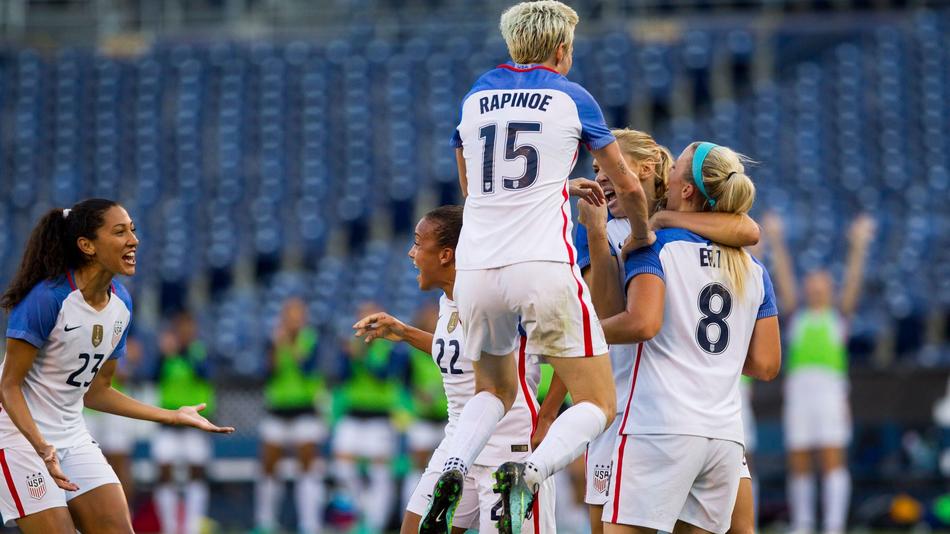 From local to national to international, lots to talk about.

There were a lot of stories in North American soccer this weekend. Let’s highlight three of them to keep you caught up on the big items from the weekend that was.

Local UPSL team LA Wolves FC have garnered some attention the past couple years with their forays into the U.S. Open Cup, not to mention their hiring of former USMNT legend Eric Wynalda as head coach and their relationship with the new NASL expansion team in Orange County. But this weekend, Wolves FC won their third trophy of the season, capturing the UPSL Spring title with a 2-1 win over California Victory in the championship game. They’ve now got their league title, the CalSouth Adult State Cup and the USASA Region IV title, and will embark on the USASA National Amateur Cup this week in Wisconsin. Can they make it four trophies for the year? Don’t count them out at this point.

The U.S. Women’s National Team started the Tournament of Nations in rocky fashion, losing to Australia in their opener. They then went down to Brazil in their second game on Sunday in San Diego, before roaring back to win 4-3.

“And the USA, surely sunk here.” Not so fast Mr. Darke…

While the Tournament of Nations is a friendly tournament, and many fans will rightly want to use this time to evaluate players ahead of the next competitive tournament, qualifying for the 2019 Women’s World Cup, sometimes it’s just fun to revel in the moment and watch a team pull out an unlikely result. This was one of those games.

Remember Sebastian Giovinco? The Italian, who had quite possibly the best season in MLS history in 2015, has perhaps regressed a tiny bit in the meantime. Even with that, he’s still going strong. Although Atlanta United have brought in exciting players and the Chicago Fire’s renaissance has led to talent flourishing, the MVP discussion may very well still come down to Giovinco vs. David Villa. On Sunday, Giovinco won the battle, with two goals in a 4-0 rout over Villa’s New York City FC.

There are sure to be more MLS MVP candidates in the final months of the season, but Giovinco is apparently saying here, “Don’t forget about me!” No need to worry about that, let’s be honest.