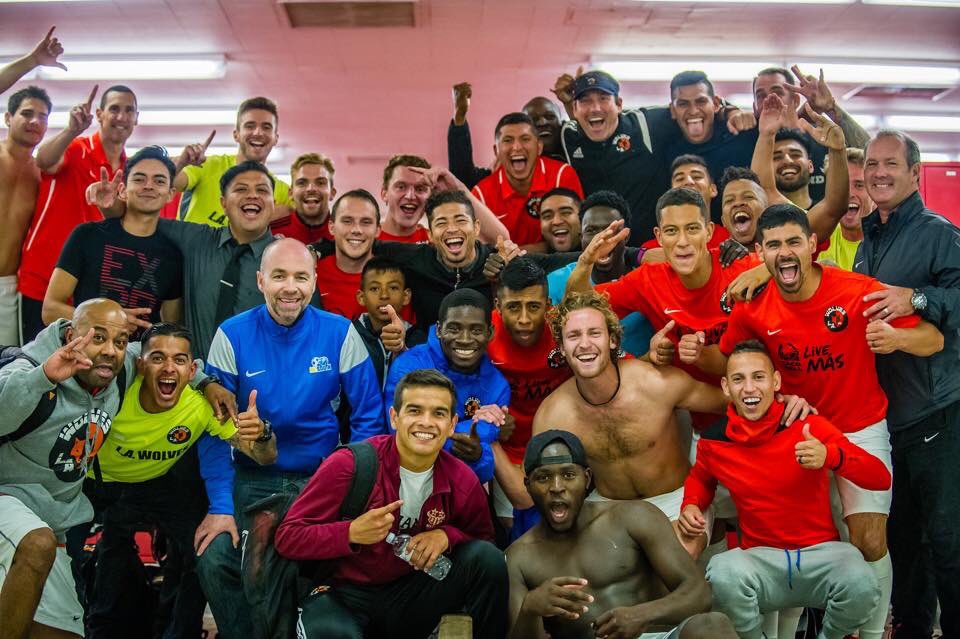 And then there were two.

Southern California teams headed to the 2016 U.S. Open Cup third round, that is. The second round was played on Wednesday, and the two amateur teams still active in the competition from the area remain that way, as La Maquina and LA Wolves FC advanced in the tournament.

La Maquina hosted NPSL side Sacramento Gold, winning 2-0. Two second-half goals made the difference, and in their first ever U.S. Open Cup run, the team with a successful track record in tournaments is 2-0 so far.

Meanwhile, fellow amateur side LA Wolves FC hosted USL’s Orange County Blues, and advanced after winning the penalty shootout 4-2. The game was scoreless through the first half, then the Wolves went up 1-0 in the final 20 minutes of regulation through Miguel Sanchez, before Grady Howe tied the score for the Blues five minutes later. The teams then went to extra time, and then PKs, with the Wolves emerging victorious. It’s the third consecutive season the Blues have fallen in their first (and as a result, only) Open Cup game of the year.

The result of the wins on Wednesday means La Maquina and LA Wolves will square off in a third-round showdown on June 1 at Westminster High School in Westminster. The teams, who know each other well having both played in the local UPSL, will obviously both like their chances of advancing.

And in the fourth round, which team awaits them? Perhaps unsurprisingly, it will be another guaranteed SoCal affair, as the LA Galaxy will host the winner of the LA Wolves-La Maquina match, which will apparently come during MLS’ Copa America Centenario break, on June 15.

That won’t be an easy game, of course, but the team that advances to the next round will in addition to having the chance of playing a five-time MLS Cup champion will also be in the running for the cash prize as the last amateur team alive. With one second-round match yet to be played, there are up to four amateur teams that could move on to the third round, and as few as the winner of the LA Wolves-La Maquina game. So in case they needed any extra motivation, there’s plenty to play for with these teams.

We’ll keep you updated with the Open Cup journeys for the local clubs throughout the competition.