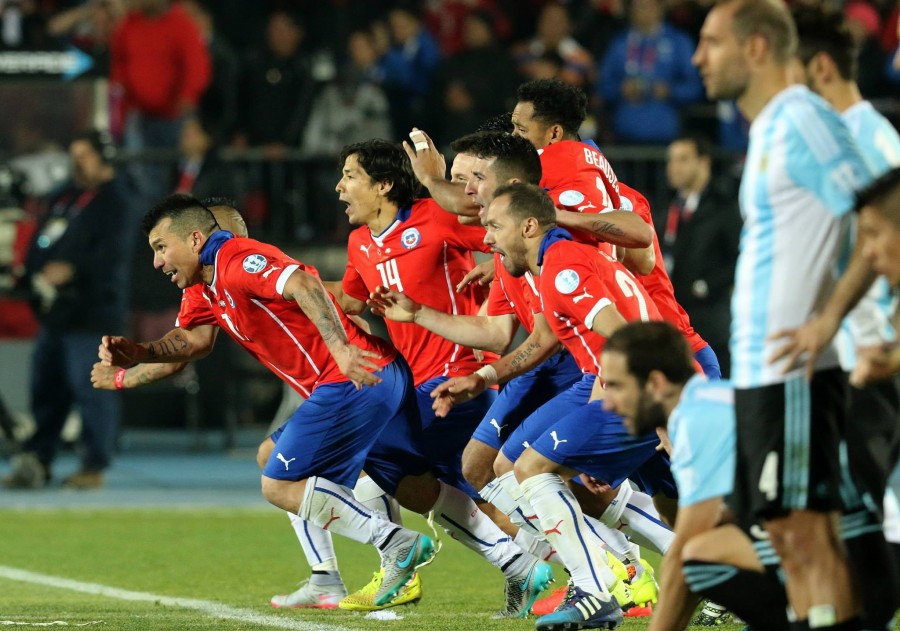 Ready for the Copa America Centenario?

With the tournament just around the corner, our very own Nate Abaurrea and Cesar Hernandez have given us their expert opinions on what to expect for groups A, B, and C in the competition. Now, to close out our series, our two authorities on the tournament will look at the last bracket, Group D.

Argentina and Chile both easily stand-out and appear likely to finish in the top two spots. While Argentina is regarded as one of the favorites to win the Copa, Chile will have plenty of pressure to hold onto the title after garnering last year’s championship, winning the final on penalties against Argentina. Do Panama and Bolivia have any chance to fight off the big South American names? Let’s find out.

Hernandez: Hello again Nate. Hope you are almost ready for the Copa America. I know you’ll be doing plenty of traveling, but before you start booking your last second Air BnB reservations, we have to talk about Group D. Let’s first start with Argentina — a team who may not even be taking part in the tournament.

At time of writing, the AFA (Argentine Football Association) is considering dropping out of the competition. Due to arguments with the Argentina’s government over elections for the national team’s governing body, the AFA has threatened to not take part in the Copa. Yikes. That, and a Lionel Messi that is just returning from injury, doesn’t seem to bode well for them.

Abaurrea: The threats of leaving the tournament (less than a week before their opening match) are absurd, to put it lightly. And I’m just not too concerned for the wellbeing of a team that includes Sergio Aguero, Angel Di Maria, Gonzalo Higuain, Ezequiel Lavezzi, Eric Lamela, and a host of other attacking threats. In fact, if all three of Barcelona’s “Three Amigos” miss out on the Copa, which is a distinct possibility, you could very easily make a case that Argentina are actually the team impacted the least, as opposed to a Neymarless Brazil and Uruguay without Suarez. It’s funny, because we’re talking about one of the greatest players to ever put on a pair of boots, but with ample firepower aside from the little magician, I think they’ll be just fine. I still think they’re going to win the group, and their most challenging game of the stage is their opener, which transitions perfectly to the reigning South American Kings.

Hernandez: I know I basically started the article off with “Argentina problems,” but I agree with you. Even if they lose terribly to Chile in the first game, I can’t imagine them even finding a draw against Panama or Bolivia.

So onto Chile. Where do you see them finishing? 1st? 2nd? The team is the current title-holder of the Copa America and has certain players named Arturo Vidal, Claudio Bravo and Alexis Sanchez that you might have heard of. I’m going to go out on a limb and say that La Roja will be hungry for a title and will “sneak” into 1st place with nine points.

Abaurrea: Nine points? So you’ve for sure got them beating Argentina in the opener?

Abaurrea: Wow. Let the disagreement be known. And let the world grill you for using the word “yup”. I’ve got a draw in Santa Clara on the 6th, and an exciting one. (I’m obviously hoping for ample excitement, as I will be in attendance.) I predict a 2-2 scoreline, and for Argentina to hammer their two remaining opponents and take the group on goal difference.

After being robbed last summer of a trip to the Gold Cup Final by Mexican National Team employee of the year Mark Geiger, and the cast of “CONCACAF Ladrones Corruptos”, Panama are going to be a hungry bunch here in the Copa, as they return to American soil. I’m excited to see Vancouver Whitecaps forward and top MLS public-enemy Blas Perez bring his tenacious and often wonderfully irritating style to the showdowns with Argentina and Chile, but sadly I don’t see Panama taking a single point from either of those matches. They will beat Bolivia, but it won’t be enough.

Hernandez: What can be said about Bolivia? The national team is struggling during CONMEBOL’s World Cup Qualifying and has a roster filled with numerous domestic players. Man-for-man, La Verde is one of the weakest in the tournament. It will take a near-miracle for Bolivia to finish into the top two.

Abaurrea: Cue the Sarah McLachlin and pour out some liquor for Bolivia, the dead ducks of Copa America before a ball has even been kicked. I see but one necessary switch in your table.