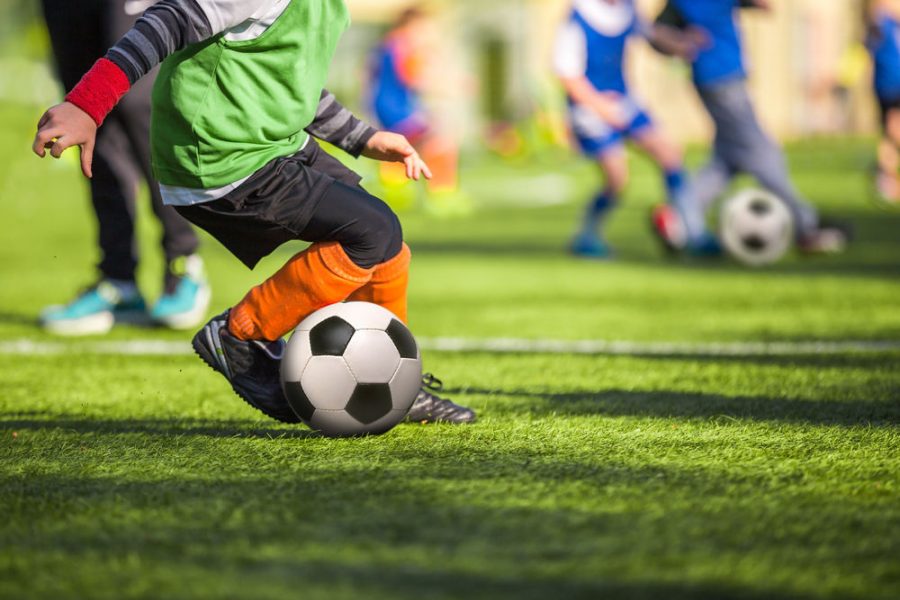 The Real Deal with Club Tryouts

Tryouts are almost universally the toughest part of the year for anyone involved with youth soccer. Players, parents and coaches alike all approach the tryout season in different ways, and the only real common denominator is the uncertainty that hangs over everyone until that final roster comes out. We spoke anonymously to a competitive club coach and a competitive club parent to hear their side of the story, and learn more about how they cope with the stress of tryout season.

SN: Many parents admit to hating this time of year – what is it like for you as a coach?

Coach: It’s the worst time of year for coaches as well. There’s a lot of stress, long conversations after long nights of training, lots of tough conversations and tough decisions. As hard as it is on parents, it’s just as hard on the coach.

SN: Often times, parents feel like their kid doesn’t get a true look to move up teams within their club. Is there any truth to teams already being picked before tryouts happen?

Coach: Yes and no. I think the one thing parents often don’t understand is their player is being evaluated through the entire year. That’s an education that the coaches need to bring to the parents and let them know their player is being evaluated. For some clubs, the communication is moving throughout the club and in between coaches. They’re comparing players and looking to promote players.

I think it’s a misconception that it isn’t happening. It’s a sign of development if players are moving up through the club. The club should want to promote that.

SN: So for a player remaining in the club, the season is definitely more important than the tryout?

SN: For a kid that wants to move up in his club, but doesn’t feel they are getting seen in tryouts – What would you recommend?

Coach: I’d recommend that player attend the top team’s coach’s training sessions before tryouts. Try and get around that coach’s team and that coach’s players as often as possible so they get a good look at him or her. That’s probably the best way.

SN: For parents that really feel the stress of tryouts and find them frustrating, angering or difficult – What advice would you give them for having those potentially uncomfortable conversations with a coach in a tryout situation?

Coach: First, I would let the parents know that the coach is just as uncomfortable as the parents are for the most part. I would recommend them keeping an open mind and being non-confrontational. If it’s a new player to a club it’s usually not a problem, but if they’re an existing player that feels they didn’t get a fair chance then it can be a problem. Please remember that the coach ultimately wants what’s best for the player. Being on the top team is not always what’s best for the player.

The coach’s goal is to put the player in a position that’s going to help them develop to the best of their natural ability. If that player is in an environment where they’re the last player on the roster and they’re scraping and clawing to stay on that team, then moving down a team to where they’re getting more minutes and making a bigger contribution might be a better fit. So just keeping an open mind as to where their player fits and realizing that the top team isn’t always where you want to be is important.

SN: For kids trying a new club, what is the biggest thing you look for as a coach?

Coach: It depends on the age for me. In the young players, I’m looking for a competitive spirit, desire, and hunger to be the best player out there. On top of that, I’m looking for intelligence. How quickly can they make good decisions? At that young age, I think technique is something you can instill in them and teach them throughout the years.

As they get older, you’re looking for a more technically polished player, but the key traits are still hunger and desire. You want a player that is super competitive because those are the players that are going to push the team on, do extra training, and get the most out of the experience.

SN: What is it that makes this time of year so hard for parents?

Parent: I think it’s just the not knowing and the fear of your kid possibly moving down. When I talk to other parents, that’s the first thing that comes up. There is for some reason a fear that kids could move down even though I haven’t seen that happen that much. On the other side, there are families that think their kid should be playing up and they’re not sure the kid will get moved up.

It’s really the parent’s anxiety more that causes the stress for the kids. For our son, he would just go out and do his thing. If we were anxious, it definitely rubs off on our son and then he doesn’t play as well or enjoy it. If I had to sum it up, it’s really just the not knowing.

SN: How much ownership do you think you as a parent should have for your player improving and being on the team they want?

Parent: Certainly as a parent, you have to be invested time wise. I feel like we take more ownership than we should. My husband and I are very different from our son. We are ultra competitive and our son is more mellow. Sometimes when we don’t see that fire in him, it’s hard for us to separate ourselves from that.

However, I think parents need to do that. They need to separate themselves and allow the kid to find that fire and passion for themselves. It’s really hard to do even if you know it’s the right thing to do, but if they’re not interested on their own, they’re going to take on stress, get frustrated, and end up quitting.

SN: What’s the biggest thing you look for in a coach?

Parent: We’ve had some very different coaches. I think it really depends on where your kid is developmentally. When they’re young, they need someone fun, understanding, and patient. Sometimes I see coaches on the field with 7 year olds yelling at them which isn’t appropriate. As they get older, they need more ownership of themselves.

I really like when a coach expects my child to call them when they’re not going to make a practice. I like to see that communication between the child and coach to make them more accountable. It’s a really important part of the maturing process. Because it’s competitive and we are paying money to be in a competitive environment, I like a coach to be a little tougher. I want my kid to learn and to grow.

I’m not saying to scream and yell and be abusive, but I want a coach to be engaged and making them better. It’s also really important that the coach doesn’t bow to the parent’s wants or let the parents push them around. I like when the coach tells the parents to not coach from the sidelines because I think that sets the tone that they’re in charge.

My biggest pet peeve is when a coach is on his or her cell phone while the players are playing. I want the coach engaged and prepared and not just going through the motions.

SN: What about a tryout would make you as a parent want to leave your current club and go elsewhere?

Parent: We’ve considered it in the past. For us, what made us think about leaving was feeling like he wasn’t getting seen or given the chance to move up and progress in the club. We went to the tryout and it was chaotic and had way too many players for him to have a fair chance.

What got to us was having to go try out for our club when we’d been there the whole year and new players would show up once or twice and end up getting a top spot. That’s backwards from the way it should be. When you do that, it makes a lot of parents (and I’ve heard many say this) feel like the club is just interested in getting new blood to pay their bills. And no one wants to be there just to pay bills or feel like the existing players take a back seat to new players.

SN: What would you want from your club ideally regarding tryouts?

Parent: I would say for the club to be completely open and honest about where your child stands near the end of each season.   I don’t feel that existing players should even have to go through the tryout process!! These clubs know who they’ve got. Quit playing games.

I think it would be more honest and realistic if during the coach’s player evaluation, the coach could be straight forward and simply add “Hey ___, you’re having a great season. Keep it up. Things look good for next year.” Or, “Hey ___, you really need to push yourself in order to continue at this level next year. I need to see A, B, C from you in order for you to succeed.” Or even, “Hey ___, you’re having a phenomenal season. You’re a gifted player and the club wants to help you move on to a more competitive environment.”