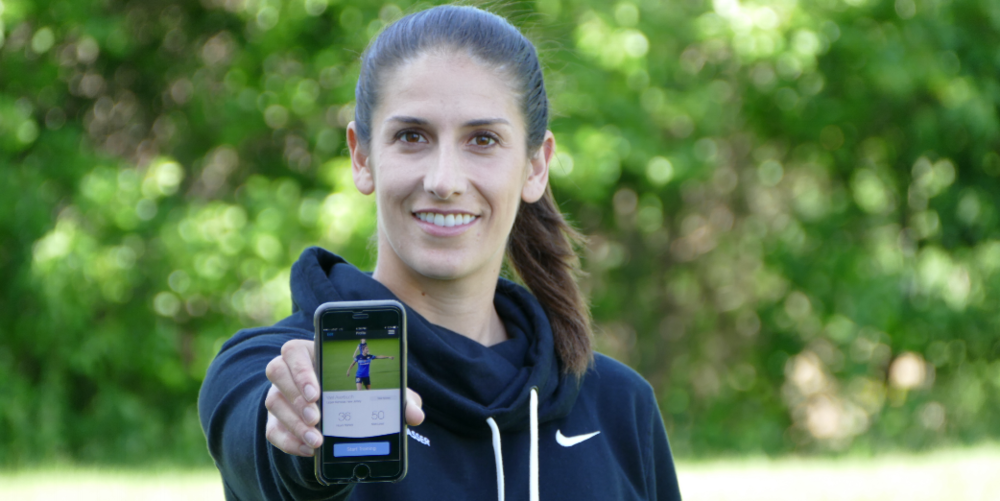 Techne Futbol – A Personal Coach Available on Your Phone

Techne Futbol is a training system that enables players to delve into the process of mastery with the soccer ball. “Techne” is a word that comes from Ancient Greek, meaning craftsmanship, craft, or art. The Training System is delivered via a user-friendly app. It provides female and male players of all ages and levels with a weekly training session and allows them to track their process, connect with a community of like-minded training partners, and compete with peers on leaderboards. The Techne Training System was designed by professional soccer player Yael Averbuch.

By the age of nine, Averbuch knew she wanted to be a professional soccer player. She began her college career at the University of North Carolina (UNC), where she won two National Championships (2006 and 2008), set an NCAA record with 105 consecutive starts, and scored the fastest goal in women’s collegiate soccer history. Averbuch was selected in the first round of the 2009 WPS Draft (4th overall) by her home state team, Sky Blue FC. The team went on to beat the Los Angeles Sol 1–0 and clinch the 2009 WPS Championship. In addition to playing for the U.S. Women’s National Team from 2007-2013, Averbuch has played for the Western New York Flash, WFC Rossiyanka, Kopparbergs/Göteborg FC, and Washington Spirit. She is currently a midfielder for FC Kansas City.

Sign up. For now, registration is limited to yearly subscriptions. You can sign up HERE and will be sent a link to set up a personal profile.

Start training. Each week you’ll be sent a 30-minute technical session to complete as many times during that week as you want. The session will require minimal space and equipment. For busy weeks with a lot of team programming, it can be broken down into 3, 10-minute segments (juggling, dribbling, wall work) so it will be very manageable. Or during the offseason, the session could be completed in full every single day. It will be up to you to plan and manage how you’ll complete the weekly session. You will be taken through your session with audio prompts, letting you know when to begin each exercise, when to rest, and when to record your score. There will be video demos and written explanations for each exercise for you to refer to until you become familiar with the system.

Track your progress. It’ll be easy to record scores for various exercises, track progress over time, as well as view leaderboards and see how you compare to other players of all ages/levels. Soon you’ll be able to leave yourself notes on various exercises or chat with other members of the community about the weekly session.

Compete. Throughout the training system, you will be asked to try various time trials to measure your technical ability and proficiency. You will be able to compete with every player in the system to get a spot on the leaderboards alongside professional players and elite college players!

Get feedback. Your membership in the Techne community will give you access to interaction with Yael, as well as other coaches and professional players who can give you feedback to help you succeed. This support will be integral to the system. Membership will also connect you with players and coaches all over the country and the world who have similar goals and passions.

Accrue hours. An important piece that will be tracked is the amount of time you’ve spent training in the system. Over time, players who have accumulated a lot of time training will receive special experiences and perks. As you accrue hours, you will make your way through our training sock system, which is similar to the belt system in martial arts.

The membership fee includes the following: 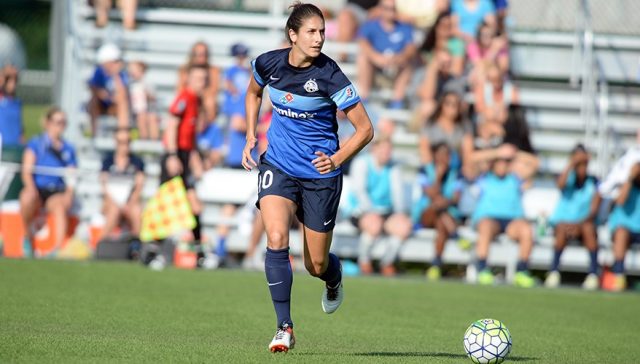 In an exclusive interview with SoccerNation’s Andrea Amaro, Averbuch discussed her training system app and her most memorable soccer moment:

AA: What inspired you to create Techne?

YA: I’m very passionate about the technical side of the game. In my own playing career, the time I’ve spent with the ball outside of my team environment is what has allowed me to play at the highest level. I want to empower players to take control of their own development. That’s what Techne is. It puts the power in the hands (and feet) of the players. It gives them the roadmap to achieve their goals.

AA: How long did it take you to develop the app?

YA: The actual development process took about 8 months, but we’re always working on it and continually making improvements and adding features. What I didn’t realize about technology, is that it’s much like soccer, it’s a never-ending process of assessing and improving!

YA: Right now the app does require internet access, but long-term we’re hoping to have a function that will allow players to download each week’s session so they won’t need phone service or wifi to train.

AA: Is the app primarily for single users? Are you looking to add a feature for coaches/teams to use the app as well?

YA: Currently, the app is only available for single users. Very soon we will have group signup available and I’m looking to get teams on board. 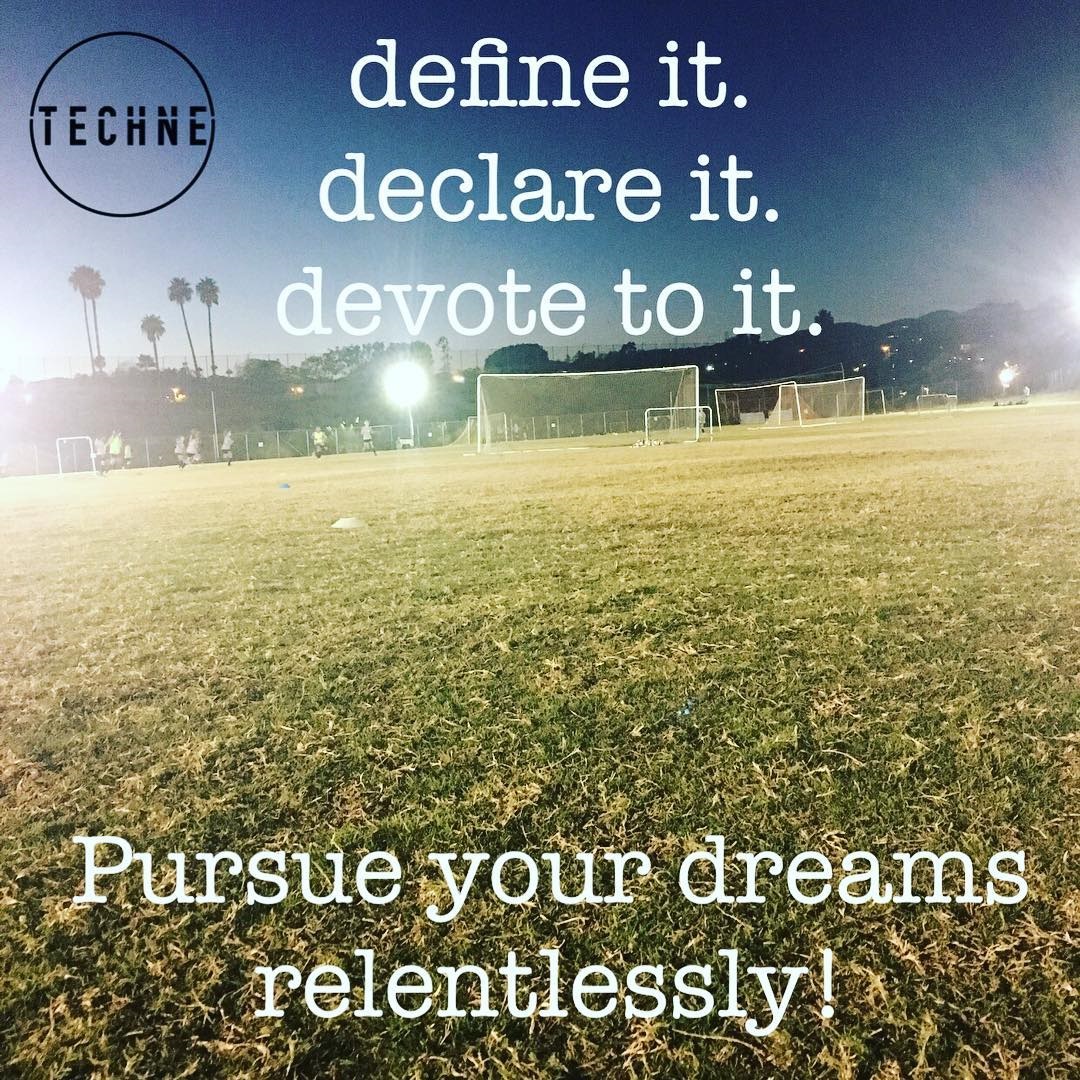 AA: As a soccer player that has played all over the world, is Techne a combination of all the different training styles you have been exposed to?

YA: Very much so! I was fortunate as a young player to have wonderful coaches and mentors from all around the world. They showed me things that I could do with the ball that inspired me to spend hours and hours practicing and refining my skills. Everywhere I’ve played and every coach I’ve worked with has added something to the library of ideas I have in my head. Techne is my way to share all these ideas with other players.

AA: How has technology impacted soccer? Has it been for the better?

YA: I think that the intersection of technology and soccer is very interesting. Soccer is such an organic sport. It’s meant to be played freely with very little equipment. Yet everyone has a smart phone now, and there are millions of videos of cool tricks and training ideas. While technology has expanded the soccer world, it can also help focus it and make it smaller. That’s what Techne aims to do. All the information is out there, but sometimes it’s just too much. Techne uses technology to simplify it all for players. It breaks down the most important aspects of technique and acts like a personal coach to take players through the session. All a player needs is a soccer ball, a few markers or cones, and a wall. The best technology can bring out the simplicity in the beautiful game.

AA: Who has been a mentor for you as a youth and/or professional player?

YA: I’ve had many. Most importantly, my parents showed me from a very young age what it means to be an athlete. They are both lifelong athletes and train every day. This instilled in me the concepts of work ethic and a long-term, consistent approach to training. I would also say that the handful of coaches who took the time to do individual work with me as a youth player were instrumental in cementing my love for the game and my obsession with mastering aspects of it.

AA: What is your most memorable soccer moment?

YA: That’s a hard one! I would have to say there are a few. One is winning the National Championship (NCAA) with UNC my senior year in college. Another is certainly my first cap with the USWNT, which was a lifelong dream. My third actually seems funny, but says a lot about who I am. It was actually in a pickup game last offseason in Chapel Hill, NC. I can’t explain the details, but a lot of my most memorable moments come from the “little things” — training with my sister while my parents hung out at the field, pickup, soccer tennis. I love this sport far beyond my professional career. 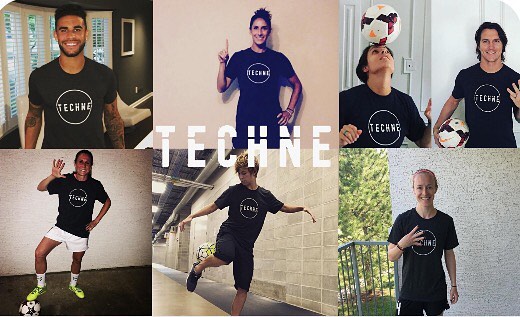 Since on its debut on October 2nd, Averbuch’s Techne app has garnered users from the U.S. and around the world, including dozens of professional players.

“I cannot think of a better person to introduce an application on developing technical skills in the game of soccer than Yael Averbuch.” – Steve Swanson, Coach, University of Virginia, Asst. Coach, U.S. Women’s National Team

“Yael is one of the most technical soccer players in the world.” – Heather O’Reilly, 3-time Olympic Soccer Gold Medalist and World Cup Champion

“I can not think of a better person to teach players technical aspect of the game. There are so many different reasons that makes Yael special and suited for something like that. First and foremost she is a great person, cares, and has respect for people and for the game. Yael has tremendous love and passion for the game that has guided her through her career and helped her become a very good player. The ability to perfectly demonstrate the techniques is just going to make everything she does more personal. Yael has already proven that she can reach lots of young players that are willing to accept her advice and follow her footsteps.” – Vlatko Andonovski, 2-time NWSL Champion coach, FC Kansas City, 2013 NWSL Coach of the Year