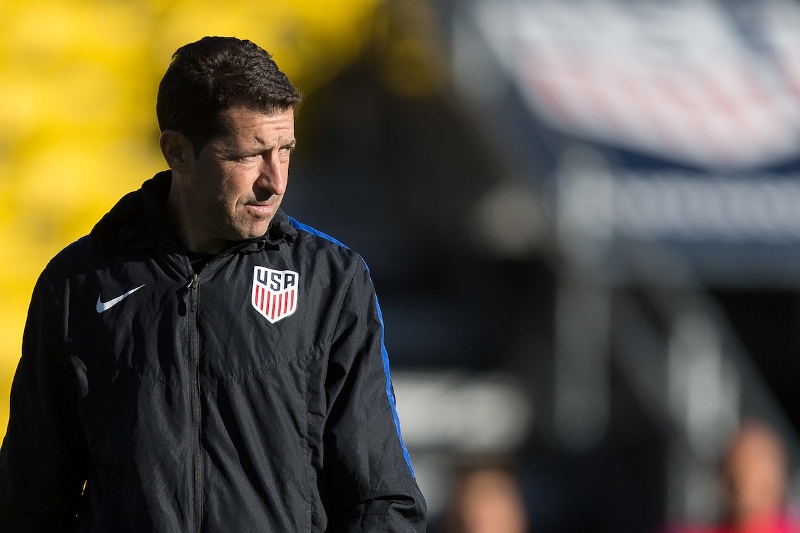 With the 2017 FIFA U-20 World Cup less than six weeks away, Tab Ramos, U.S. U-20 Men’s National Team head coach, has named a 25-player roster for the team’s first international training camp this year.

Held in London, England, from April 3-10, the camp will help Ramos evaluate many European-based players. Benefiting from this are two California natives forward Sebastien Des Pres (Blackpool FC; San Diego) and goalkeeper Justin Vom Steeg (Fortuna Dusseldorf; Santa Barbara). Both players were not of the U-20 team that won its first ever U-20 CONCACAF championship in March 5 after defeating Honduras on penalty kicks. This is also Pres’ U-20 player pool debut.

State-side California players named to the roster include goalkeeper Brady Scott (De Anza Force; Petaluma), and defender Hugo Arellano (LA Galaxy; Norwalk), who were both not on the U-20 squad. The final two California players named are  goalkeepers Jonathan Klinsmann (University of California; Newport Beach) and JT Marcinkowski (Georgetown University; Alamo), who were on the U-20 squad.

“This camp provides one more opportunity for players we have already seen with the U-20 National Team and also players who have done well with our U-19 National Team,” Ramos said. “We will be able to see players in highly competitive environments playing against very good competition.”