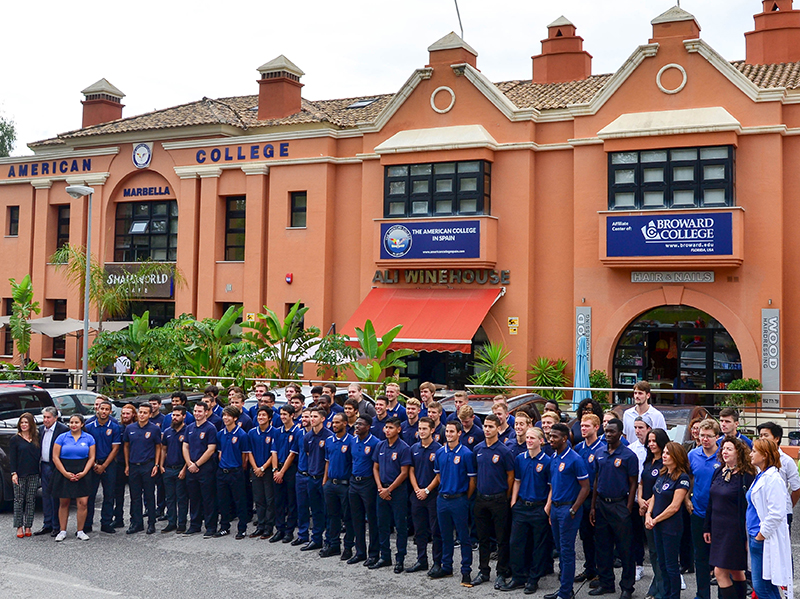 The Herrman’s middle child, Marshall, is taking a less traditional journey for an American soccer player. He is finishing his final year of high school in Marbella, Spain, playing for Marbella FC. 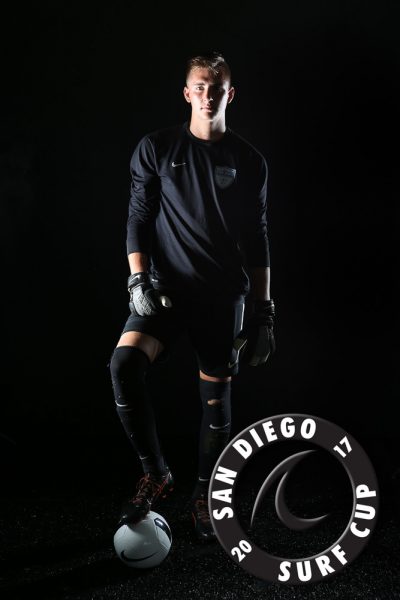 SN: Now, on to Marshall! He’s a goal keeper, and a rather tall one. I remember seeing him at Surf Cup this summer. How tall is he?

SN: With an older sister who had already gone through the “normal” American soccer recruiting journey through high school, were you headed on that same path with Marshall?

SN: Were you expecting him to finish high school here in California? When did you start getting the feeling like those plans were going to change?

CH: We never thought anything would be different than the standard recruiting path for Marshall. Right before Surf Cup last year, the summer before his junior year in high school, we saw some random emails from Marbella saying if we were interested, they would come watch Marshall play. He looked into it a bit, but that was it. We always thought something like that [studying and playing abroad] would be for college. We never really understand they had a high school component. After that Surf Cup, he was told they were very interested in what they saw and would be in touch. In December of his junior year, we received an offer for his senior year, with an academy spot on their Marbella FC team. It took us 3 months to research and come to the decision to allow him to do this.

He had zero hesitations. My husband and I had many.

SN: Where is he now?

CH: Marbella, Spain. It’s in the southern region of Spain.

SN: Were there any other international programs you were considering?

CH: I think these kids get tons of emails and interest, but we know they are bulk emails and most are money-makers. Not too many of them promise the equivalent of what a player would have here [in America] for soccer development and competition. So, we never took any of them seriously. We didn’t even take Marbella seriously at first. Marshall’s goalkeeper coach has a friend who lives in Spain. He is also a scout for various high level clubs. He did research for us and assured us that Marbella FC is a quality program. That was when we decided to let Marshall go there for his senior year of high school. 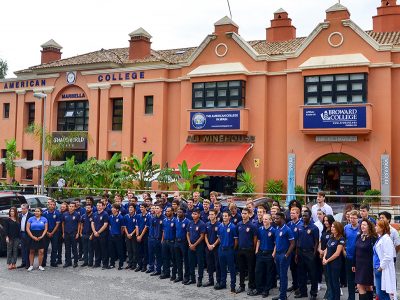 SN: He is attending online high school, correct? How does that work?

SN: Will he retain his NCAA and UC [University of California] eligibility?

CH: Yes. He will keep his amateur status, and the high school is an American high school. When he finishes this school year, he will be eligible for NCAA competition, and he will also have finished the courses required for UC admission. We pay for living expenses, and he is not playing professionally. He can not compete against professionals until he is 17. That’s a law for Spanish academy systems. Come January, he will be 18, and things could change. He will be able to compete against the professional leagues, and he can be asked to guest play too. We will cross whatever bridge comes his way once he turns 18. He ideally wants to play professionally in Europe, but his coaches will make sure he doesn’t lose his NCAA eligibility while he is in high school and still pursuing college recruiting.

SN: How many Americans are in the program with him?

CH: They’re nearly all American. All of them are USSDA-level players, and Marshall says the talent level is insane!

SN: Did you go with him to get him set up in his new home before training and school began?

CH: He and I traveled to Spain together, but it was just to bring him there and say good bye in person.

SN: Is he living in a dorm on a campus? Or is he in an apartment? or living with a family?

CH: All of the players live in fully-furnished apartments. The team is scattered between a few apartment buildings, but all of the buildings are next to one another in the same apartment complex. 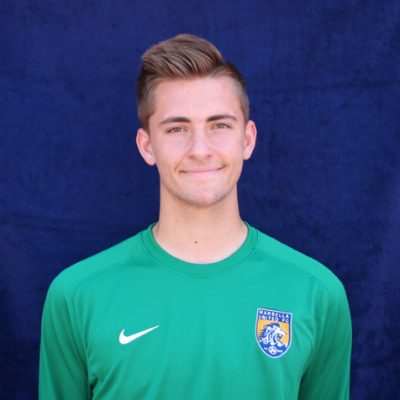 SN: What does a typical day/week look like for him?

CH: I’ll email you a link [here is is: http://marbellaunitedfc.com/typical-week/]

Most weekdays include classroom time and two training sessions and . Once every two weeks, they try to arrange a mid-week scrimmage against a local pro club team.

After dinner every night, players can study at Clubhouse if they need it. He is always there. He said he’s in bed usually by 10pm. Even on weekends they wake up early for training or team runs.

SN: Are many of the guys on the team also attending American high school online as well?

CH: There are about players in high school, and the rest are in College attending the American College in Spain. This program started off as College-level, getting players professional European opportunities. I think this is the first or second year for the high school.

SN: When will you get to see him next?

CH: He comes home December 18th. We will not travel to Spain this Fall. He is in the process of planning some official visits while he is home, or possibly as another trip to the US from Spain. This has to be approved through the University as well as Marbella FC. If it works out, we will fly to the college to be with him during the official visit. 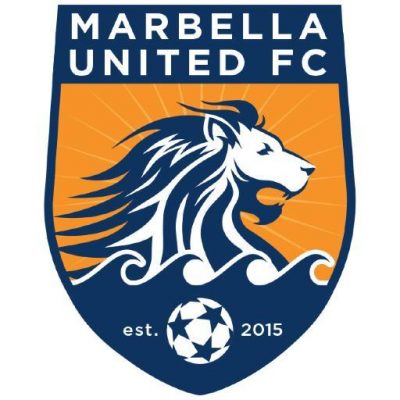 SN: Will you go to see any of his games? Are the games streamed online?

CH: So far, nothing has been streamed, but we get to see some video after the fact.

SN: I’m sure parents are wondering: Is this program expensive? How does the cost compare to private high school or a year of college?

CH: I have no clue what private high school costs, but we figure we are paying the equivalent of a first year of college. We pay for living expenses, about $20,000, and the High School is about $7,000 for the year. Then personal costs, about $600 a month.

SN: When your family was debating this decision for Marshall, what were the biggest reasons for and against the big move?

SN: Now that he has been there a while, what are the biggest differences he sees in the soccer here in America and there in Spain?

CH: The dedication and commitment are at a whole other level. He said there is not one player who does not give 100%, every second, every minute. The training is the most intense he has ever had and his teammates say the same.
They do more cardio and tactical than he has ever done before. He said they do a lot of running, too.

He loves being part of this program, with this level of talent and skill surrounding him every day.

SN: Is his goal to be recruited by a university here in America?

CH: Yes, but he knows he won’t be seen anymore this year. So he is staying in contact with coaches who already know who he is. His ultimate goal is to play professionally in Europe. Even if he ends up playing college soccer here, he will want that college and the coaching staff to have European connections for him as well.

He has limited his communications down to his top three choices, and he is in communication with and all three. Two are DI’s and one is DII. More keep emailing, but he’s not sure about some of them. He just responds to emails and lets them know he’s in Spain. If they are interested, then he continues to talk to them. His dream school stopped communicating with him when they found he would be in Spain this year, so that school wasn’t meant to be.

He’s very much ok with going to JC next yea, or taking a gap year and playing club, since he’s a young senior. That might be here in America, or in Spain. We’ll see what happens. 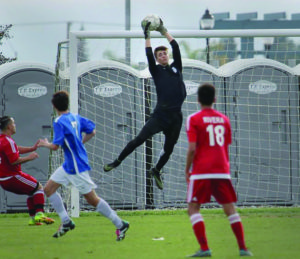 SN: Have his goals changed now that he has been there for a while?

CH: I’m not sure. He is homesick, but he is anxious to play more. If he plays more, I think he won’t miss home as much. Scrimmages for team are just starting up now, so once he gets more busy, I think he’ll be less homesick.

SN: Is he loving it?

SN: Does he speak Spanish?

CH: Yes. He took three years in high school, and he says he is doing very well. Many kids on team speak fluent Spanish due to their upbringing so they help interpret or talk for him, too.

SN: Are there any non-soccer challenges he’s run into?

CH: He doesn’t like the fact there is no Wifi in his building. He’s asked his coaches if they’ll take a look at some of the best broadband deals so that he can use his phone in bed or watch Netflix but he’s not heard back yet. It also means we can talk more regularly if he has a secure and reliable broadband connection. However, he can’t go to sleep looking at his phone anyway! His phone was stolen, and he has his very old iPhone that won’t hold a charge. I have a replacement for him, but I can’t mail it to him internationally. That’s another weird thing we didn’t plan for. We are learning what we can and can’t send to him.

International cellular plans are horribly expensive, so he’s been warned to stay off data except in emergencies and to stay on Wifi, even though it’s slow and drops out a lot.

He got horribly sick after he had been there about two weeks. His body was adjusting to new food and water. We think it was most likely the microbes in the food and water there. He’s not a fan of fish, and fish is a very standard protein in Marbella, all the time at almost every meal. He also struggled with the differences in food in Spain compared to America. He says the milk tastes different, eggs are not cooked the same way, potatoes are boiled vs baked or roasted, and salad doesn’t taste the same. But he’s adjusting. The academy has them eating a very healthy diet, and he knows he’s better for it. But he really misses his Takis, donuts, strawberry milk, and the comforts of home cooking.

SN: Any other thoughts?

CH: Here’s something interesting. So many college coaches here in America tell him he has to put on weight. They tell him he has to “man up,” since he’s 6’3″ and 185. In Spain, all his coaches are entirely focused on his skills and development. He asked them if there are concerns about his weight, they said they aren’t worried at all, as that will come in time. He feels much more supported by his international coaches. They all tell him he has a gift and is very talented and that European and international clubs love American goalkeepers.

SN: Thank you so much! We will definitely stay in touch and keep an eye on Marshall’s journey!

Loading...
Newer Post
1904 FC: #DembaWeek in San Diego
Older Post
The Xolos Podcast: Gustavo Bou, the recent win over Lobos BUAP and a preview of the upcoming match against Atlas