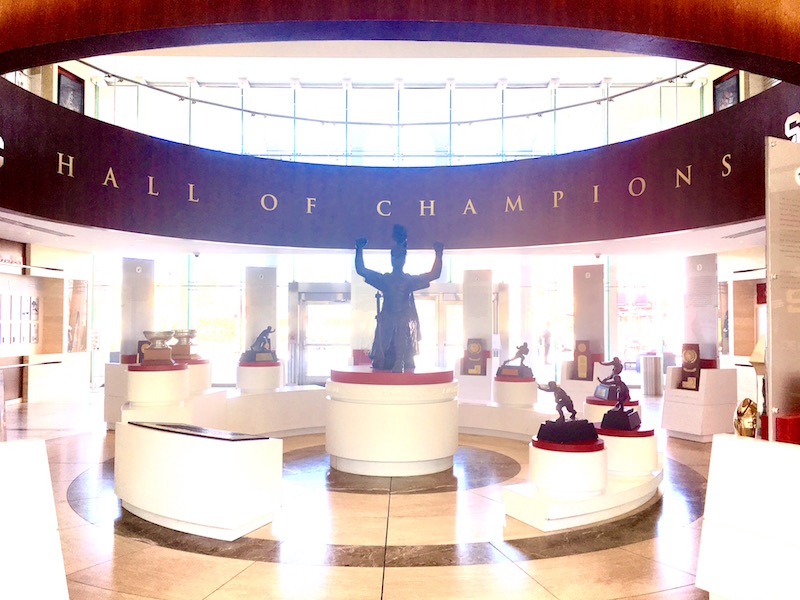 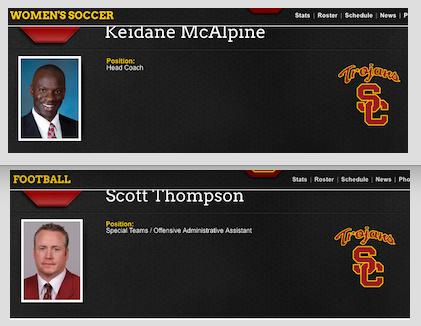 USC has a legendary athletics reputation and jam-packed trophy cases to prove that the legend is definitely rooted in reality. Among the workshop speakers were two Trojan coaches: Women’s soccer head coach, Keidane McAlpine, and Football special teams coach: Scott Thompson.  The two coaches compared and contrasted their recruiting processes for high school PSAs (Prospective Student Athletes). The result was an entertaining and enlightening look into the college recruiting process for “FOOTBALL” and “FUTBOL.”

Where are recruits found?

Futbol: Club.
Coach McAlpine described how he and his staff may go to a high school game of an athlete they are seriously recruiting, if it’s a big game against strong competition, but that is very rare. Recruiting is done at large showcase tournaments like ECNL showcases and playoffs, soccerloco Surf Cup, and November Nights. They will also travel to other tournaments and showcases if a recruit has contacted them and the coaches want to see that recruit play in person. 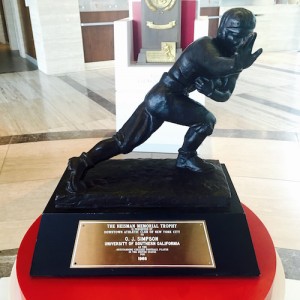 What are the most important tools used in recruiting?

Football: VIDEO, then in-person visits.
USC coaches will evaluate Hudl and YouTube highlights for players. Coaches evaluate video of athletes who have and who have not contacted them expressing interest in USC Football. If the coaches are interested in the athlete, an in-person visits on campus is scheduled.  This in-person visit it important to see how the PSA and his family behave, to see if the athlete and the family will be a good fit for Trojan football.  A USC coach will sometimes travel to see a high school football athlete in person. Such a visit to the athlete’s high school is used to talk to the athlete’s coaches, teachers, and school staff to learn more about the athlete and his personality. Video is definitely the number one used to evaluate a recruit’s football skill set and athleticism.

Futbol: Showcase tournaments, then video.
Trojan Women’s Soccer coaches will attend multiple showcase tournaments to evaluate PSAs who have expressed interest in USC soccer. Watching an athlete on the field in person is a much more effective tool for evaluating a soccer player’s athleticism, skill set, technique, soccer IQ, and personality on and off the field. Although online highlight and game video is an important tool, video only gets the PSA on the list of potential USC soccer recruits and never results in a scholarship offer on its own.

What does the recruiting timeline look like through high school?

Football: Junior year is the busiest, with senior year close behind.
Recruiting ramps up during PSAs’ junior years.  Verbal offers are extended, verbal commitments are made, and the recruiting board starts filling up. During senior year, recruiting remains intense. Many PSAs de-commit after an early verbal commitment, and athletes who are still weighing their options make their final decisions. Recruiting continues at a high-pressure pace all the way up until signing day & beyond.

Futbol: Recruiting is done by the first day of junior year.
Usually before the opening day of a class’s junior year in high school, USC soccer’s recruiting class for that year is decided and finalized.  Coaches will continue to look at PSAs all the way through senior year, just in case the rare late-bloomer grabs the coaches’ attention. Trojan soccer staff members will keep in close communication with all of their athletes who have given verbal commitments, but recruiting is usually finished two years before the athletes will enter USC. 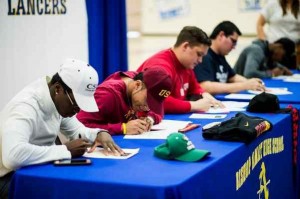 Futbol: Keidane McAlpine: “We don’t sweat at all on signing day. It’s a party”

Thompson replied with a laugh and an “I’m jealous.”

Newer Post
2016 Nike Aztec Academy and Camps Circuit: Presented by soccerloco
Older Post
Where do we go from here, Jurgen?