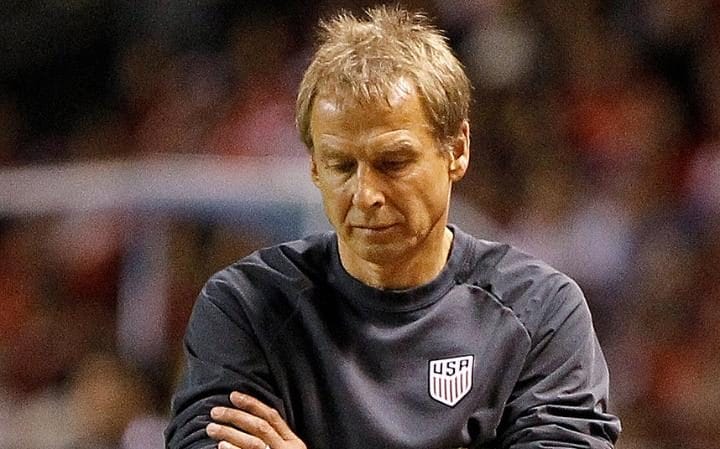 In this edition, we come back stateside where a German legend turned polarizing American coach saw his tenure with the United States Men’s National Team come to a cringe-worthy close. We’ll also take a gander at Argentina, and the circus of controversy that surrounded the country’s national team in the wake of their loss to Chile in the final of the Copa America Centenario. But first, here’s Jurgen! 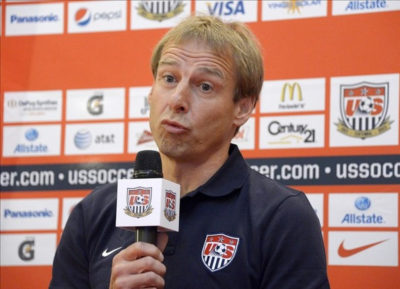 It started in August of 2011 with a 1-1 draw against Mexico, a game that saw Robbie Rogers score the equalizer. It ended in November of 2016 with a 4-0 dismantling at the hands of Costa Rica. For over five years, Jurgen Klinsmann was the Head Coach of the United States, as well as assuming the role of Technical Director. The fact that his tenure lasted as long as it did is in many ways a minor miracle.

They will forever be known as the Klinsmann years, an era when innovation and gravitas drew a fine line with arrogance, delusion, and downright buffoonery.

It is no secret that people wanted Jurgen Klinsmann gone long before Sunil Gulati made the decision this November. His quotes in the build up to the 2014 World Cup were seen by some as “un-American”, stating that he did not see the U.S. having any realistic chance of winning the tournament. Others saw those words as a much needed dose of reality to a fanbase desperate for relevance on the world scale.

The Yanks performance at the 2015 Gold Cup left a lot to be desired. Their subsequent one game playoff with Mexico that October for a spot in the Confederations Cup saw a U.S. side inept of any of the “beautiful football” traits of which Klinsmann so commonly preached. His pompous nature in the wake of that 3-2 loss did not garner Klinsmann any further support, lines such as “we were only here tonight because of some terrible referee decisions during the Gold Cup” leaving many reporters jaw dropped. Somehow, he stayed in the job.

In March of 2016, the U.S. suffered one of their most embarrassing losses in modern history, losing 2-0 away to Guatemala, a result that put them third in their first round CONCACAF World Cup Qualifying group.

Then came the Copa America Centenario this past summer, when the U.S. put forth a decent performance, albeit losing the three times they were put up against truly world-class opposition (Colombia in the opener and the third place match, and of course Argentina in the semi-finals, Messi and co’ smashing the Yanks to the tune of 4-0. It could’ve been much worse.)

As the seat got hotter, Klinsmann got, well more Klinsmann. The opening two matches of the hex proved to be his last two in charge. The home loss to Mexico was tough, the 2-1 win for El Tri ending the long running Columbus “dos a cero” curse. The 4-0 thumping at the hands of Los Ticos was downright disgraceful, Klinsmann putting the final nail in his own coffin with one of the most outrageously mismanaged matches, from formation to personnel, substitutions to communication.

It was clearly time to move forward for U.S. Soccer. Instead, they moved back. Klinsmann was fired and replaced by none other than Bruce Arena. Bruce has a rescue job on his hands, with the States sitting at the basement of the hex with eight matches to go. Klinsmann has no job, but how long will it be until he resurfaces? Swansea City need a manager, and Jurgen has always been fond of replacing Bob Bradley. All jokes aside, the helicopter must land somewhere. His time with the U.S. will go down as a disappointment filled with false promises. We shall see if he ever finds redemption as a manager. 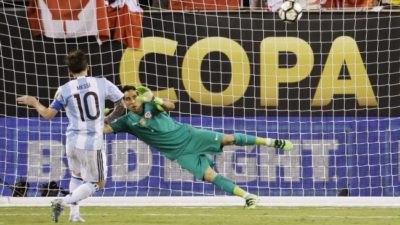 Lionel Messi stepped up to the penalty spot with the collective eye of soccer watching. Claudio Bravo waved his arms as he stood on the goal line. A slow run up, a swing of the most famous left foot in the world, and Messi skied his attempt over the bar. A few minutes later, Chile were crowned champions of the Copa America Centenario, beating Argentina on penalties in a tournament final for the second consecutive summer. It was the third straight summer that Argentina lost in a tournament final, going back to the 2014 World Cup against Germany.

Just a few hours after the match, Messi dropped a verbal bombshell on his native land and millions of fans around the globe. He was to retire from international football at the age of 29. He cited the unparalleled pressure of playing for Argentina and the poor treatment (including lack of pay) from the federation as the main reasons for his decision. Other notable players followed suit, the likes of Javier Mascherano, Sergio Aguero, and Angel Di Maria all saying publicly that they were contemplating quitting the national team.

But then came some pivotal discussions with new Argentine boss Edgardo Bauza. Just weeks after taking over for the departed Gerardo Martino, and before coaching a single game, Bauza may have cemented himself as an Argentine legend. The former Rosario Central defender (who made over 300 appearances and scored 80 goals for the club) has had a decent career as manager. After his one-on-one conversations with the “retired” Messi, Bauza was looked at as one of the great counselors of his time.

Messi decided to return to the national team. Many journalists in Argentina questioned whether his original decision was nothing more than a stunt.

“I am very grateful to return to the national team,” Messi told TV Publica in September after scoring the only goal in a 1-0 World Cup Qualifying victory over Uruguay. “But I did not deceive anybody when I retired.”

“We were very disappointed with what had happened, but after that I thought better. I had conversations with the Bauza and a few other people. They accompanied me through it.”

As we’re right back where we were, an Argentina side captained by Lionel Messi will continue the pursuit of a major tournament title, something that has eluded them since the Copa America of 1993. Their next chance (assuming qualification) will be at the World Cup in Russia in 2018. Messi will be 31 when that chance rolls around. Who knows if it will be his last. We do know that a World Cup win could cement his legacy as the greatest player of all-time.