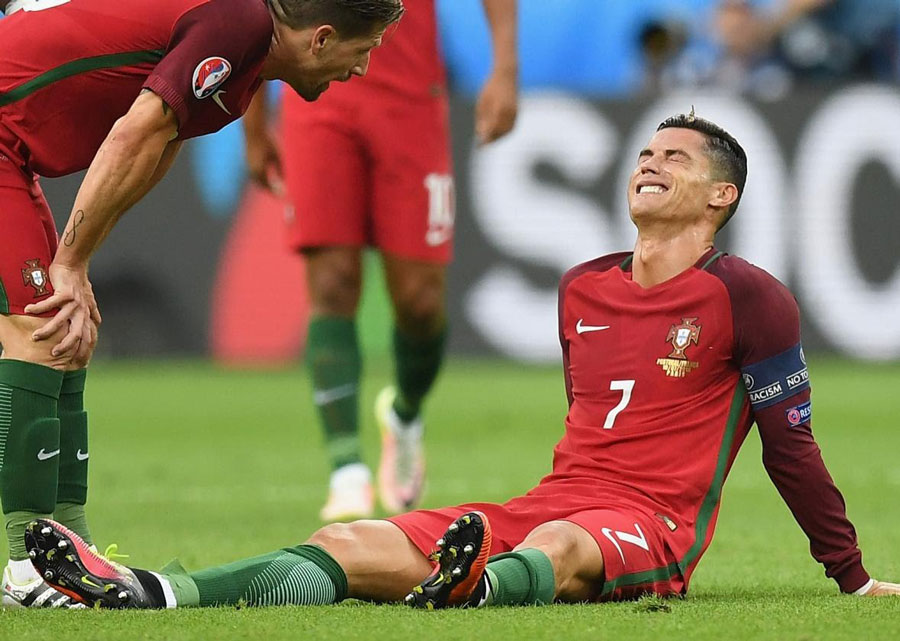 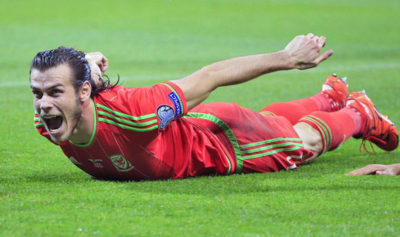 Led by the slicing, dicing, manbun rocking magician that is Gareth Bale, Wales were one of the great stories of the summer, and certainly of 2016.

Chris Coleman’s side did more than just make an incredible semi-final run at Wales’ first appearance at a major tournament since 1958.  They did it while playing an exciting and aesthetically pleasing brand of football, a style that combined grit and flair and endeared them to fans all over France as well as a global audience.

The irony of their one group stage defeat coming to England, a team that had an utter crapshow of a tournament, will surely make some folks chuckle. The Welsh were unlucky to not take at least a point from that highly anticipated Group B affair, holding a 1-0 lead at half-time through none other than Gareth Bale before losing 2-1 with Jamie Vardy equalizing and Daniel Sturridge putting home a stoppage-time winner.

The Welsh heads did not sink. Instead, they rose right back up with a 3-0 win over Russia. Combined with their opening match win over Slovakia and England’s shortcomings, the rout of the Russians meant that Wales won the group. Waiting in the round of 16 was another side from the British Isles trying to make history, Northern Ireland. In a rather dry affair, Wales prevailed 1-0 and moved on the final eight, where they were matched up with a sputtering but always dangerous Belgium. This was to be one of the great nights in Welsh footballing history, a 3-1 win after falling behind to an early goal from Radja Nainggolan. Some of the soccer played was absolutely sublime, and it gave Welsh supporters more than just hope that they could win their semi-final fixture with a Portugal team that had yet to win a single match in regulation.

Sadly, the Portugal Parc Olympique Lyonnais would be the last stadium to host a Wales match at Euro 2016, with Cristiano Ronaldo’s side comfortably winning 2-0 in a game that many billed simply as “Ronaldo vs. Bale”. The two Real Madrid teammates shared a hug and brief conversation after the final whistle, the Portuguese captain surely commending Bale on what had been an incredible run for his country. As for Cristiano… 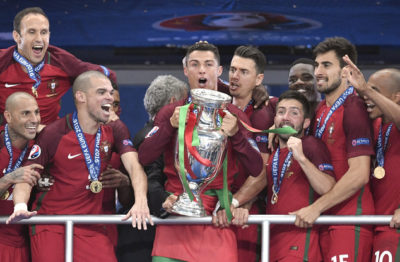 As the fire of the never-ending Messi vs. Ronaldo debate roared with an infinite flame, 2016 did more than just throw kerosene its way. Some would argue that Ronaldo put himself back in the lead when it comes to the perception of the world and their view of who is the “best player alive”, putting together a calendar year that should be the envy of most any footballer. Some would tell you the whole argument is infantile, and that we should just enjoy what these living legends bring to the table on a weekly basis.

For the sake of this year in review piece, let’s just focus on the positives of Ronaldo for the rest of this thing and leave little Lionel out of it. (His penalty in the Copa America Final just landed, so again, let’s focus on Ronaldo.)

It is almost hilarious that Ronaldo’s greatest triumph in 2016 was the one on which he had the least amount of influence. In a year that saw him win his third career Ballon d’Or / FIFA World Player of the Year Award (putting him just two behind some brilliant dude from Argentina), and score the winning penalty in the Champions League Final for Real Madrid against bitter rivals Atletico, it was Portugal’s improbable and in many ways mundane run at Euro 2016 that meant the most to the global icon.

That match in Paris against the heavily favored host nation saw Ronaldo hauled off injured after just 25 minutes, a cheeky challenge from France’s Dmitri Payet doing the dirty trick that subsequently turned the final into a bus parking extravaganza for Portugal. With quite a bit of luck on their side, and a snapshot dagger in extra-time from Eder, Portugal somehow came out on top with a 1-0 victory. Perhaps the greatest image of all was a hobbling Ronaldo on the touchline throughout the game’s final moments, giving guidance to Manager Fernando Santos and gesticulating so feverishly you might think he was the coach.

When the final whistle blew, Ronaldo embraced Santos and his teammates in a fashion we don’t always expect from the superstar. So often criticized for making it “all about him”, Ronaldo showed the world that he is as much of a “team player” as anyone. He said publicly that 2016 was the most meaningful year of his career. That may not have been the case had it not been for the incredible strength and fortitude of the rest of the Portugal team.