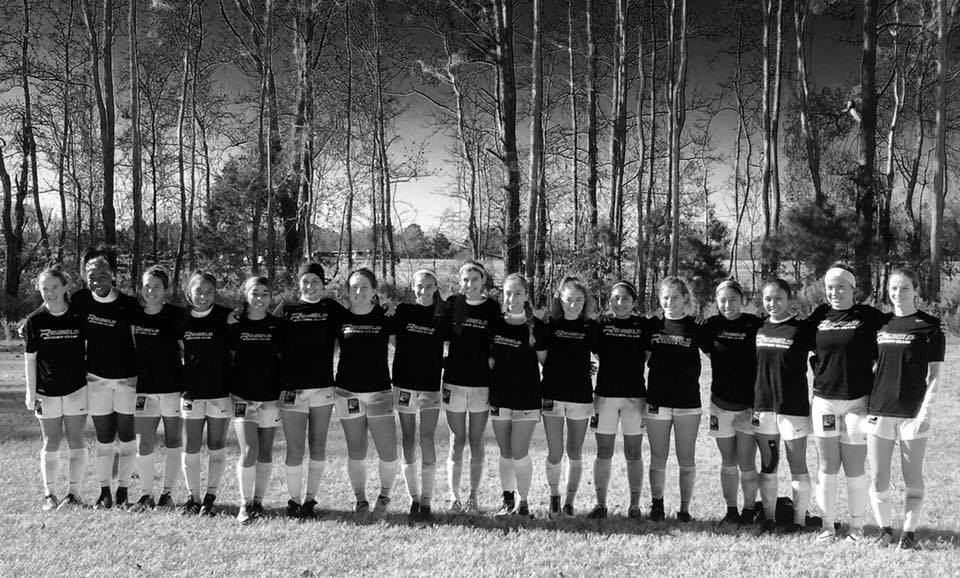 The youth soccer landscape continues to evolve and 2017 will be the biggest year yet.  In addition to U.S. Soccer’s mandates of small sided games and

The youth soccer landscape continues to evolve and 2017 will be the biggest year yet.  In addition to U.S. Soccer’s mandates of small sided games and birth year registrations, 2017 also kicks off the Girls’ Development Academy’s inaugural season. U.S. Soccer’s sole purpose for the new league is to maintain its dominance over the rest of the world in women’s soccer by developing world class players.

In this ever-changing world of youth soccer, how are youth clubs coping and how can parents know if their children are in the right club?  When asked for his opinion, Ryan Marquez, Director of Coaching for Rebels Soccer Club, feels that this is a good time to reaffirm what each youth soccer club exemplifies.

“At Rebels that’s our mission statement and what we strive for in each of our teams,” said Marquez. “Parents should take that into account when considering where their child will play.”

“It’s an exciting time to be part of youth soccer as U.S. Soccer is putting more of its resources at the grassroots level.  Our club in general is always looking at ways to enhance the process of improving a player’s technical ability and improving their soccer awareness; showcasing the Rebels style of play.”

Established in 1982, Rebels SC’s style of play was in full effect last month when one of their teams, the G2000 Elite, was competing for a National Title in the U.S. Youth Soccer National League.  The team finished with two wins and two ties in the first leg of the competition which will resume the weekend of March 17-19 in the Player’s Showcase in Las Vegas.  Most impressive about the four games was not just in the results but the level of possession sophistication the team exemplified throughout the tournament specifically in their 7-3 win over the Oklahoma Football Club.

In the first few minutes of the live streamed game, the Rebels gave up a goal after having a pass picked off while playing out of the back.  Most coaches and clubs in the National League competition would have their team clear the ball up the field safely, or out-of-bounds in any kind of possible danger.  Even the announcer of the game reprimanded the team by acknowledging the absolute mantra, “Never play it across your goal.”  But the team was reinforced relentlessly to play it out of the back and to play through the lines.

As the game continued even the announcer was amazed that the Rebels continued to play it across their goal over and over to switch the point of attack.  In the second half the Rebels put a stamp on their style when they connected seven passes to score their sixth goal (check out the video below).

The game was a testament of how true the club is to their mission statement. “On our biggest stage, we still required our kids to play possession soccer, said Marquez. “Most club coaches will preach playing possession soccer, but don’t apply it.  They specifically don’t apply it in such a big game because the pressure to win is too big.  Our goal is to teach players to play that way regardless of the arena.  Of course we want to win every game we play, but we know with each game, even if we lose, we completed a game to build upon our style of play. “

And how does Marquez emphasize this mission? “I remind our players — that’s how we got to this position and that’s how we win games from all of the trials and repetition — even in the Oklahoma game.  We got picked early but we didn’t panic.  We continued possessing the ball, switching the point of attack, and stretching out the opponent to create gaps and 1v1 situations.  The Oklahoma game was the result of the Rebels style and the byproduct was not only winning the game, but most importantly winning in regards to the long-term development of the girls.”

That development gives the Rebels a spotlight in the vast pool of youth soccer players and colleges have taken notice. Rebels players have received six verbal college commitments including five Division one schools and more players are looking to commit in early 2017.

“We are constantly asked by colleges how our kids can be so technical and play possession with such success against top-level teams, and we tell them it’s a lot of patience and sticking to your guns; regardless of short-term results,” added Marquez. “We know this style of play is what people watch when they turn on their televisions and see the best professional clubs and countries play; Barcelona, Germany, Argentina – Even our own USWNT. It’s no secret.  It’s a belief of your club having an identity.”

Sound like a club identity that’s right for your soccer player? Rebels Soccer Club is located in Chula Vista, California and conducting their tryouts for the 2017-2018 season, here’s all the information:

Do you play for Rebels? Share your comments below…