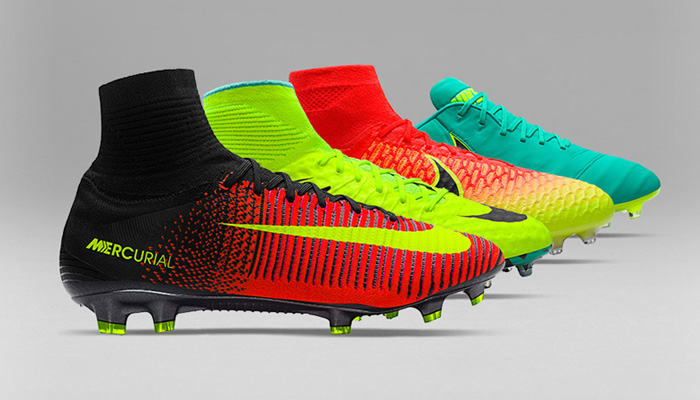 With Euro 2016, Copa America Centenario and the Olympics quickly approaching, Nike has launched their summer soccer cleat pack titled “Spark Brilliance”. This new release includes color updates of the Magista, Hypervenom and Tiempo lines while being highlighted by the launch of the all-new Mercurial Superfly and silo take downs.

Designed as a total speed system, the new Mercurial blends “science with design to build the fastest boot in football.” A new sole plate is being used that is 40% lighter than its carbon fiber predecessor and is mapped to the natural contours of the foot for improved comfort and performance. The underside of the Mercurial has also been updated with a new traction system based off Nike’s Finite Element Analysis (FEA) testing which provided valuable insight into which stud patterns are best for speed-focused players. 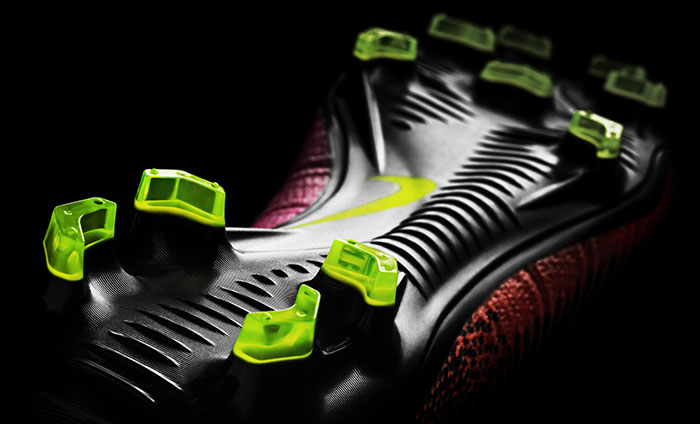 The plate on the new Nike Mercurial Superfly

“It’s like my attitude. I’m a straightforward and aggressive player. The stud shape reminds me of my character and performs very well on the pitch.” – Mercurial front man Cristiano Ronaldo describing the new plate

Aesthetically, the new Mercurial now features a ribbed pattern with a color fade towards the back of the cleat. The Mercurial Superfly includes a split shoe, inside-outside, two-tone design as well.

Nike’s other cleat families have all received a color refresh with the Spark Brilliance Pack. Magista is now available in Total Crimson/Volt, Hypervenom in Volt/Hyper Turquoise and Tiempo in Clear Jade/Volt.

The Nike Spark Brilliance Pack will be available online at soccerloco.com 5/31 and in soccerloco stores 6/2. 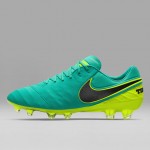 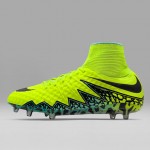 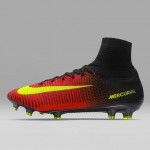 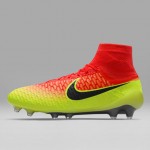