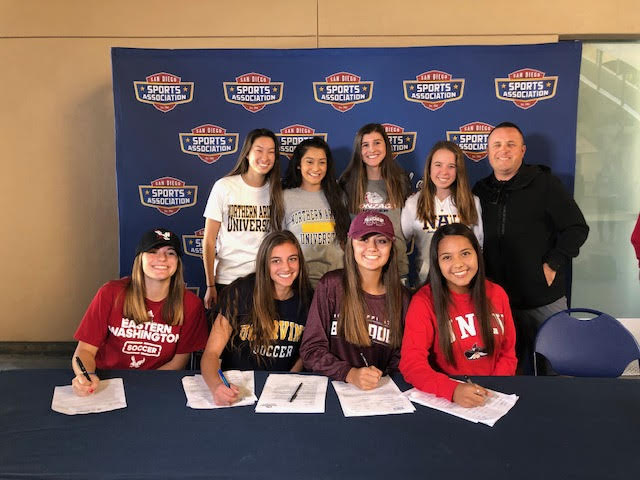 Signing Day for the National Letter of Intent was Wednesday November 14th. Athletes across the country formalized their verbal commitments to college athletic programs by officially signing NLIs.

The reigning US Youth Soccer National Champions Rebels SC girls 2001 team has been on the radar of college soccer coaches for years. It was therefore no surprise that the team’s seniors came together as impressive signing class. The girls met at Petco Park in San Diego to accept scholarship offers from top NCAA D1 Women’s Soccer programs. 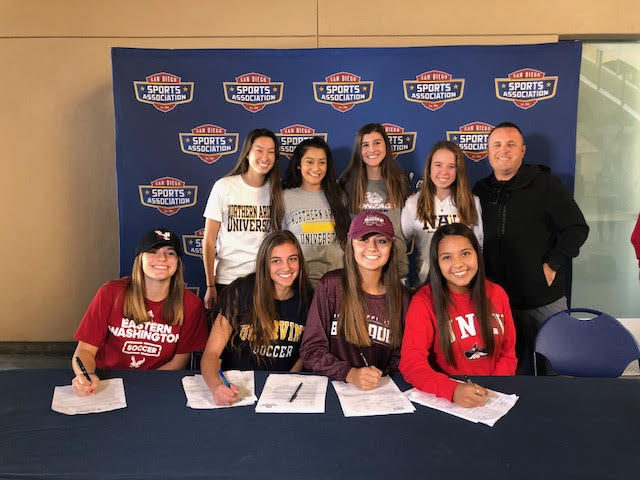 From all of us at SoccerNation, congratulations to all of these outstanding Rebels athletes and their families!